This safety trail is located on Snowmass.  Wally is an orange mastodon cartoon character who gives skiing/riding safety tips to kids.  Jeff Teaford is a long-time Aspen Skiing Company employee, cartoonist, and illustrator.  It was his idea to create the cartoon character Wally and the safety trail.  Wally is named in honor of Wallace Westfeldt, who was killed during a backcountry film shoot near Aspen Highlands in April 2008.  See this article by Scott Condon that appeared in the Aspen Times on March 8, 2013, "Orange mastodon inspires safety for young skiers at Snowmass."  https://www.aspentimes.com/news/orange-mastodon-inspires-safety-for-young-skiers-at-snowmass/  This article contains complete information about the trail, and also a photo of Teaford standing on the trail (which is the last photo shown below). 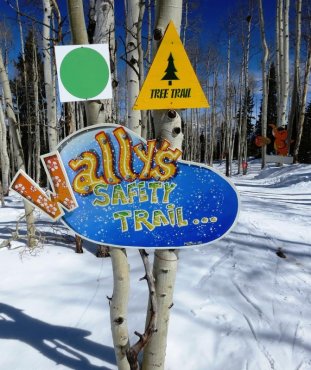 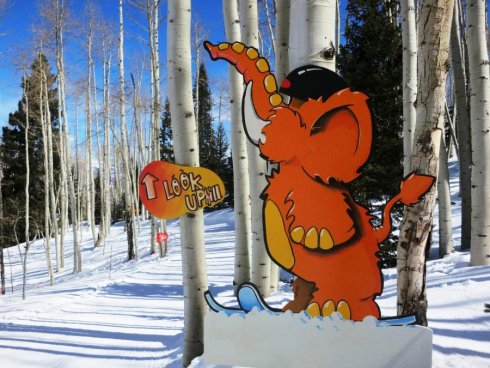 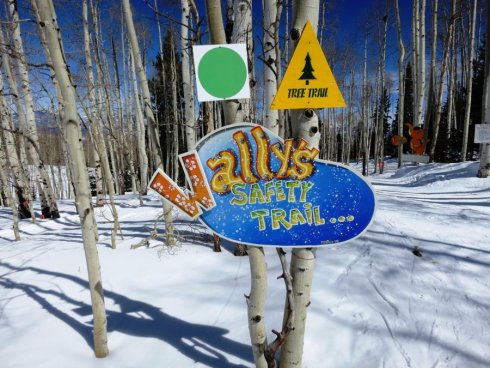 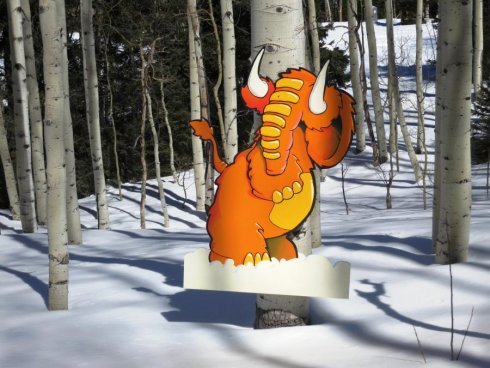 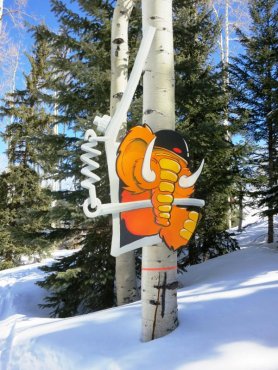 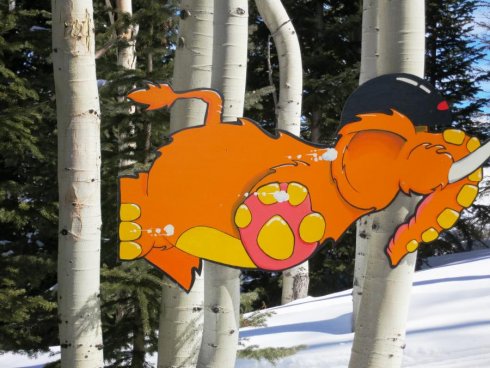 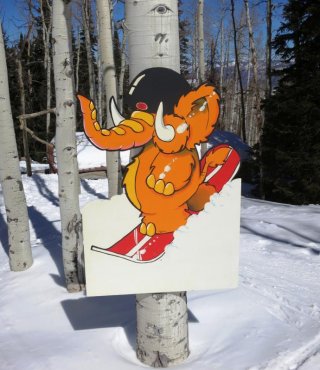 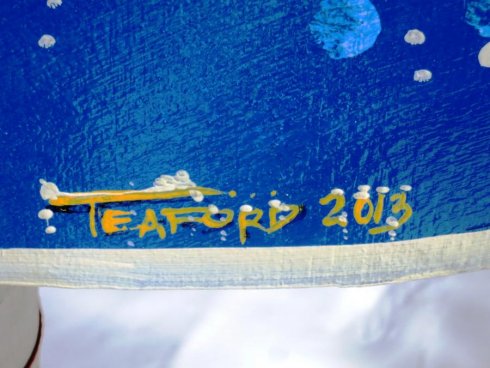 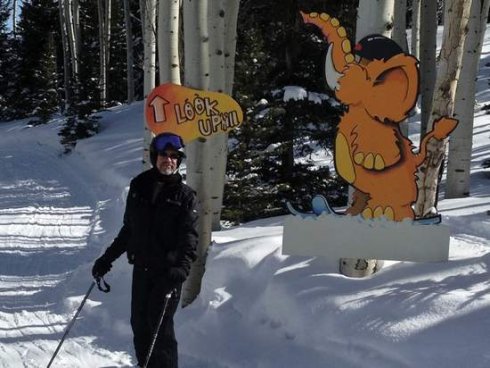 Scott Condon, The Aspen Times, March 8, 2013: "Jeff Teaford stands on the Wally safety trail, which features a mastodon he created to capture kids' attention and teach them safety and responsibility on the slopes. The trail is at Snowmass Ski Area."