The Valentine’s Shrine (also sometimes called the William Shakespeare Shrine or the Shakespeare Swing) is a wooden swing hung by rope and wires in the trees on Aspen Mountain.  The rope is red and white and the seat of the swing is also red and white.  There are red hearts carved in the wooden seat.  Also carved in the seat is a Shakespeare quote, "The course of true love never did run smooth," from A Midsummer Night's Dream (I, i, 134)

Plot summary:  Lysander and Hermia are in love in this whimsical tale of love and magic in the woods outside . Hermia's father, however, insists that Hermia marry Demetrius, and goes to the Duke of Athens, Theseus, to complain that his daughter is disobedient, and to demand that Theseus invoke the law requiring a daughter to obey her father or else die, or enter a nunnery. Theseus tells Hermia that her father's authority over her is complete and absolute, and she must obey him in this regard. Once left alone, Lysander and Hermia ponder their situation, at which point Lysander reminds his beloved that true love is always beset with obstacles. He suggests that they elope the next night. The theme of true love not running smoothly (and the problems this brings) repeats again and again in Shakespeare's A Midsummer Night's Dream.

The trail leading to this shrine is marked with a wooden sign which says “” and that sign also has a red heart on it.

A New York Times article of January 9, 2004 referred to this as the "Shakespeare Swing" and described it as "a painted two-person swing with better views than any presidential suite in town."  See:  http://query.nytimes.com/gst/fullpage.html?sec=travel&res=9C00EED81031F93AA35752C0A9629C8B63

Photos of the shrine are below. 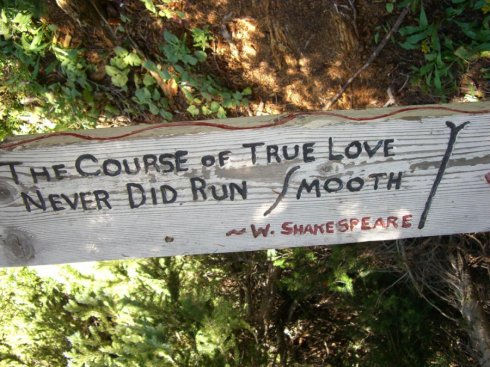 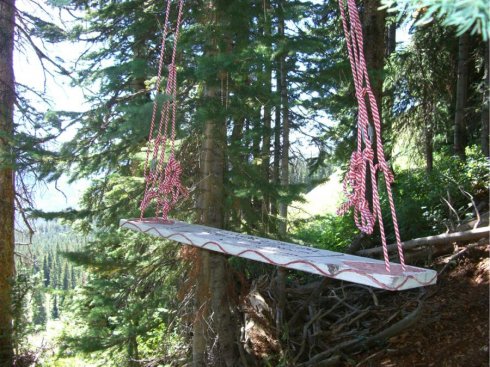 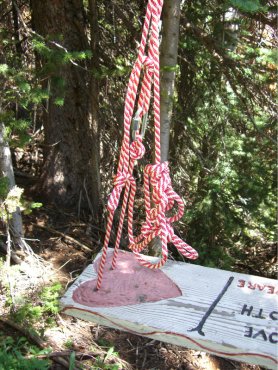 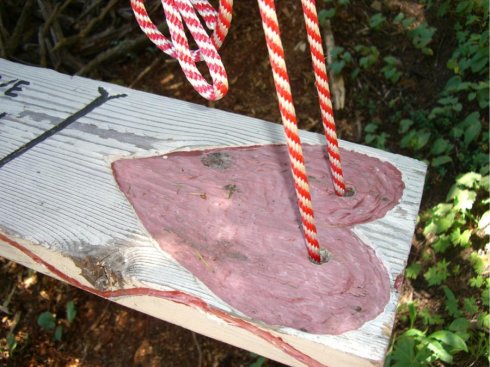 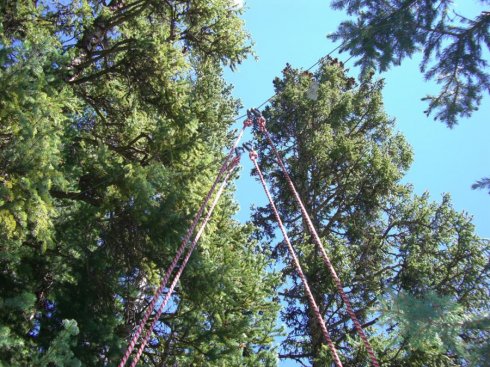 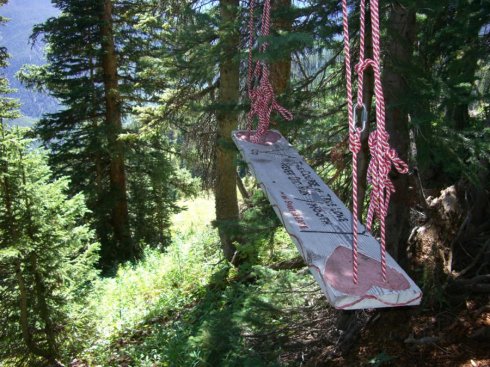 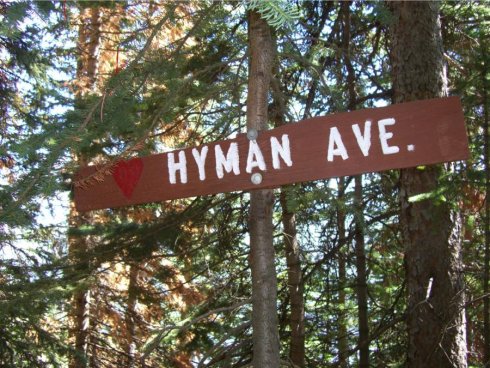 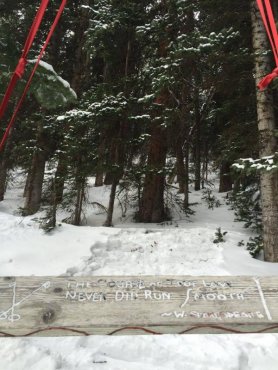 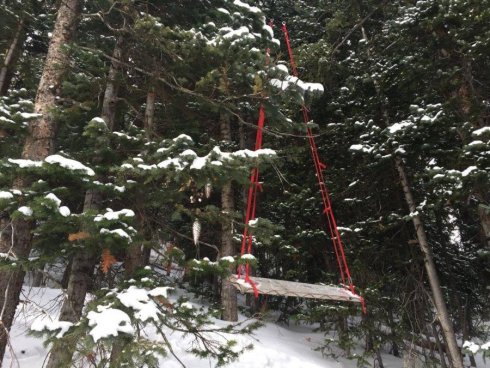