The "Trish's Trunk" wooden sign is posted on a tree near the 1 & 2 Leaf run on Aspen Mountain.

This tree trunk is named for a woman named Patricia Spilsbury.  She worked for the Aspen Mountain Ski Patrol and was known as Patricia Edmondson when the tree trunk got its name, in 1985.  In January of that year she was participating in a "sweep" of the mountain at the end of a ski day, and was on a sweep route that took her down the 1 and 2 Leaf run on the way to other runs.  She is thought to have caught an edge while skiing that run and slid into the tree trunk head first.  She was ultimately flown on flight-for-life to St. Mary’s hospital in Grand Junction, and it was determined that she had sustained a life-threatening injury.  Thankfully, she did not die, and eventually recovered.
It is thought that the sign was made by Gene A. Clausen, veteran Aspen Mountain ski patrolman, and put up on that tree in 1986.  Thank you to Deborah Bradford for her help with the information on this page.
Photos of the wooden sign are below.

One of Patty's nametags and a photo of her are posted on the ground floor of the Aspen Ski Patrol building on top of Aspen Mountain (as of August 2016).  See photos below. 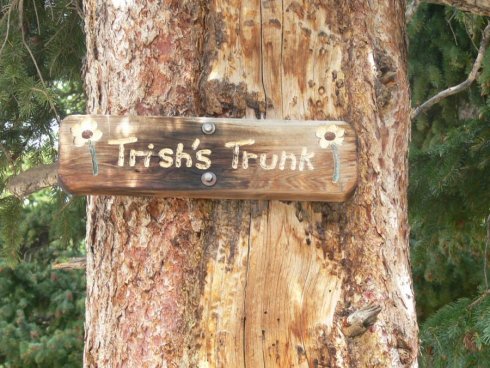 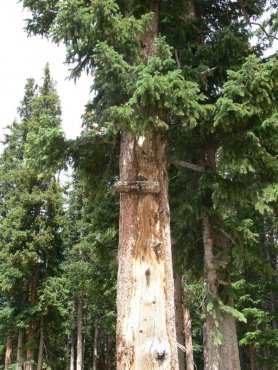 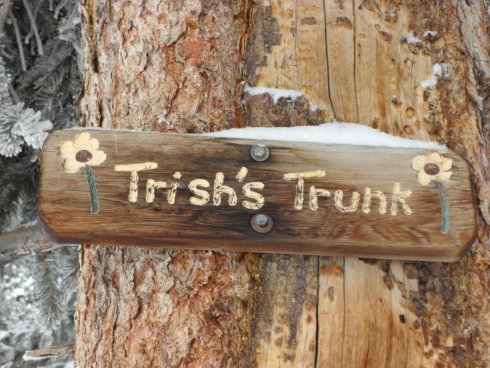 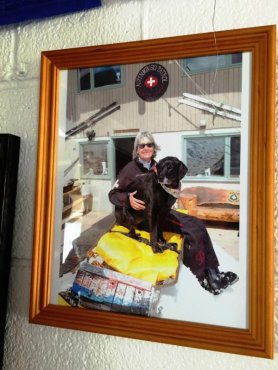 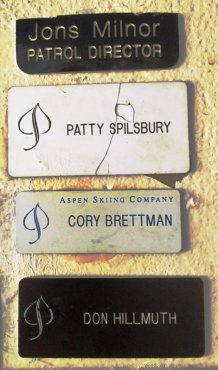