The Tom Cole Shrine is on Aspen Mountain.  It was installed on August 20, 2006.  He died of a heart attack on July 25, 2006.  Photos of the shrine are below.  It consists of a couple of benches, some prayer flags, a small bell, and a grouping of rocks in front of the benches.  Among the rocks in the grouping is a heart-shaped, amethyst-colored stone.  The two benches are beautifully decorated.  One of the benches has the following written on it:

"Life is short and brief, thus an artistic representation.
Play your life as an artistic expression, as a piece of art.
Have fun, lighten up....Tom Cole 2004"
The Shrine also has a large wooden sign mounted high in the trees that says:

Thanks very much to Walter Thompson for supplying the information about Tom Cole quoted here:

"Tom Cole constantly strove for deeper understanding of himself and others.  He sought out people and places that expanded his world view, intensely studying his own culture and others in search of the threads that connect us all.  Tom criss-crossed the planet in search of new experiences, rewarding relationships, and perhaps most of all, fun.  For Tom, generosity and compassion came easily; judgment and anger did not.  His personality and presence brought together people who would never have known each other.  Even after his passing, these connections persist.

Tom was born in Cleveland, Ohio and lived in Santa Cruz, California with his partner, Rachel Foster, at the time of his death.  An avid skier, Tom spent a great deal of time on Ajax and around Aspen.  A carved sign reads "Be here now, stay here now."  One of Tom's mantras, it calls on us all to commit to living in the present.  These words urge us to reject the pain of the past and fear of the future in favor of cultivating acceptance and awareness of each moment.

Tom Cole was a clown, a seeker, a teacher, a loving partner, a devoted friend of the four-legged and an adventurer.  The bench at his shrine was inscribed with messages and art by Tom's family and friends, who love him deeply.  We invite you to take a seat, settle your mind and breathe deeply.  Be here now, stay here now."

This shrine is best viewed in the summer.  In the winter all of it is covered with a couple feet of snow, except for the sign.

See this page:  https://www.ramdass.org/about-ram-dass/  ("Be Here Now, Ram Dass’s monumentally influential and seminal work, still stands as the highly readable centerpiece of Western articulation of Eastern philosophy, and how to live joyously a hundred per cent of the time in the present, luminous or mundane.  Be Here Now continues to be the instruction manual of choice for generations of spiritual seekers.  Forty years later, it’s still part of the timeless present.  Being here now is still being here now.")  *Ram Dass was born Richard Alpert on April 6, 1931, see http://en.wikipedia.org/wiki/Ram_Dass.

In June 2013 the author received a communication from Bara Sapir, a New York and San Francisco based artist (www.barasapir.com), in which she stated: "I'm the artist who designed/created the artwork on the BENCHES of the shrine (other artisans created the benches themselves). Tom was a dear friend of mine who I met in Israel and travelled through the Sinai with. The benches incorporate the directions of the angels and their directions that are inherent in Jewish tradition. The hands that are outlined are the hands of all the participants who attended his memorial. This way we were all joined together in the project. It does take a village." She went on to say, "I would like to elaborate the iconography...ie. information about the angels, directions and elements. Here are a few references: http://www.telshemesh.org/four/ (Jill is a good friend of mine - -did art for her too, actually, not on her website, however) and http://jhom.com/topics/angels/talmud_fourangels.htm and http://thefourelementsearthwaterairfire.wordpress.com/2013/04/17/the-holy-one-cr/. I also included a "chai" which is made of two letters: a chet and a yud, which equals 18 and means, 'life' http://en.wikipedia.org/wiki/Chai_(symbol), also included is a hamsa, which is actually a mediterranean symbol of good luck http://en.wikipedia.org/wiki/Hamsa, And some classic 'mandala', hearts and eternity forms."

If you have any photos of or information about this shrine that you would like to share for use on this page, please send to the author at AspenShrines@aol.com.

This shrine is covered in the book, "Sanctuaries in the Snow--The Shrines and Memorials of Aspen/Snowmass."  The book may be purchased on this page on this site:  http://www.aspensnowmassshrines.com/index.php?The-Book. 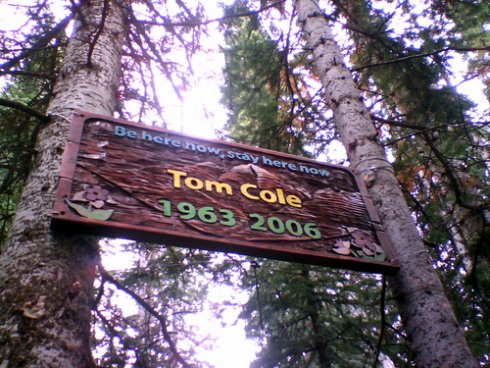 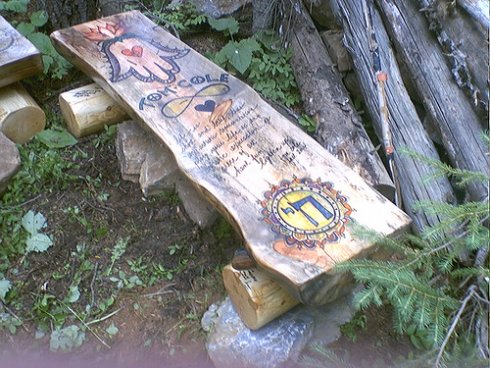 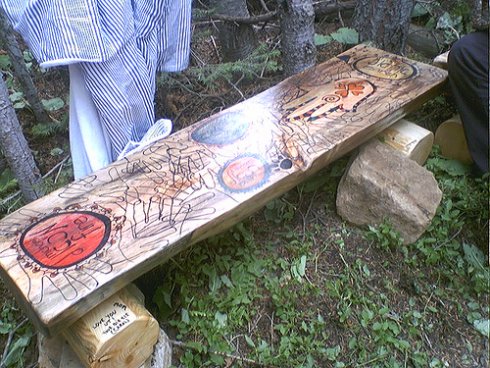 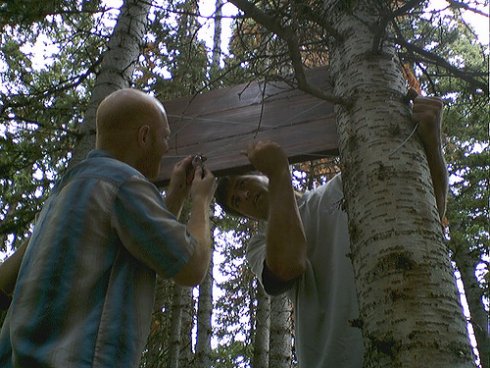 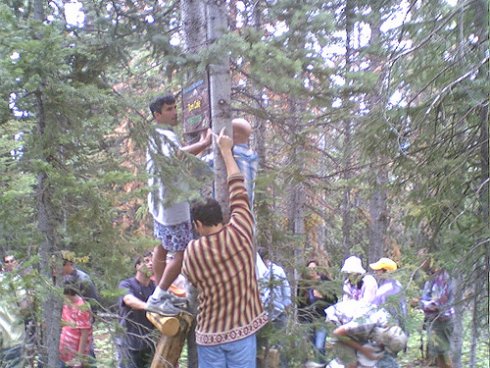 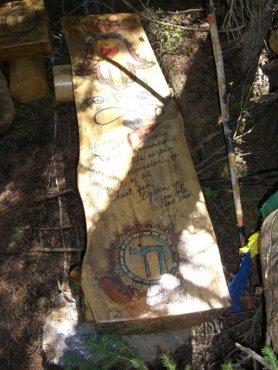 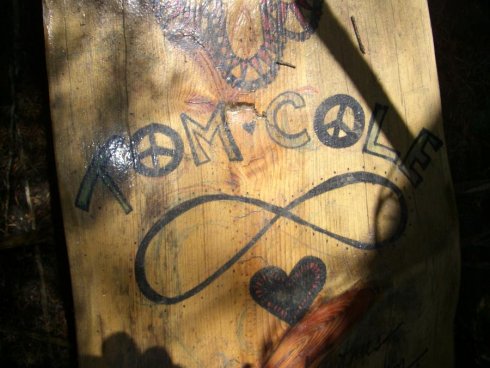 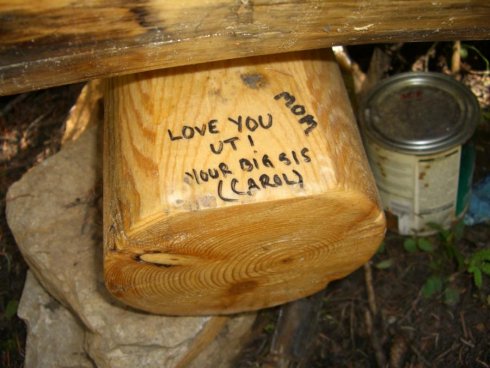 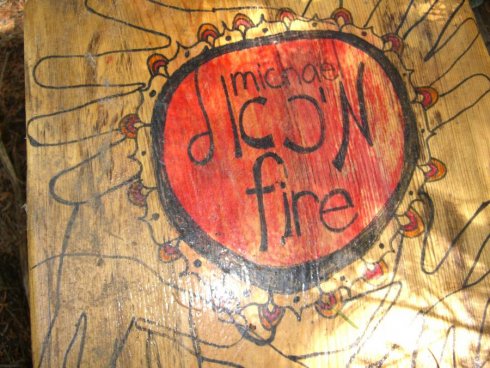 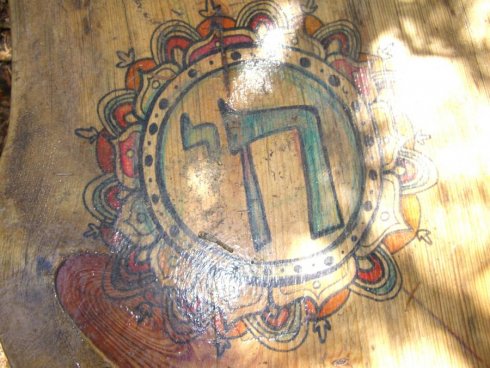 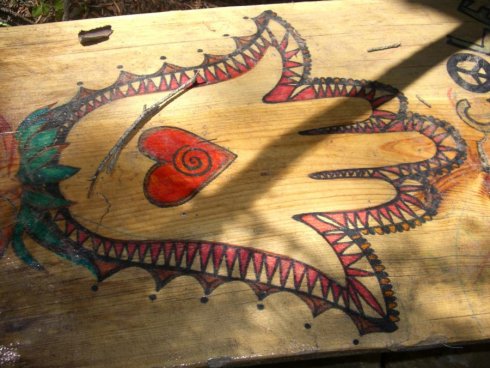 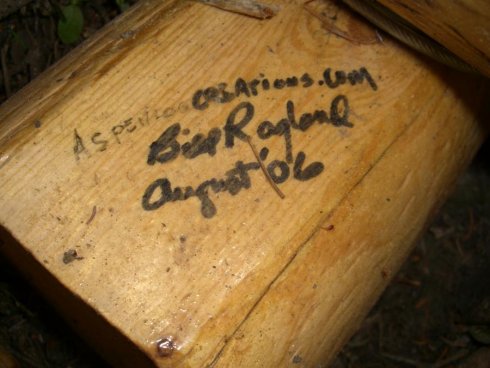 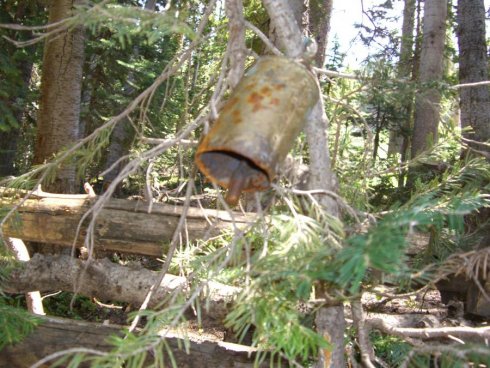 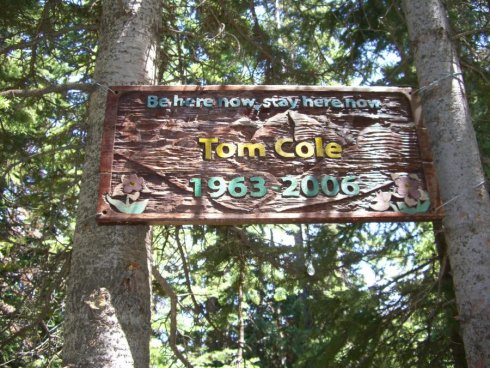 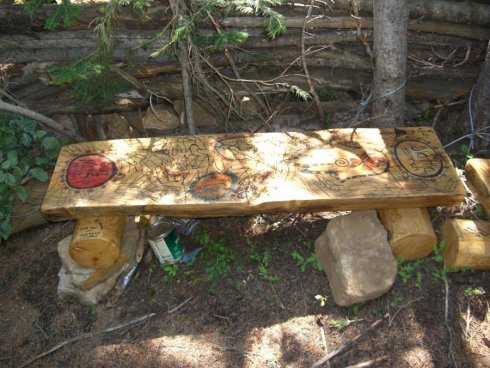 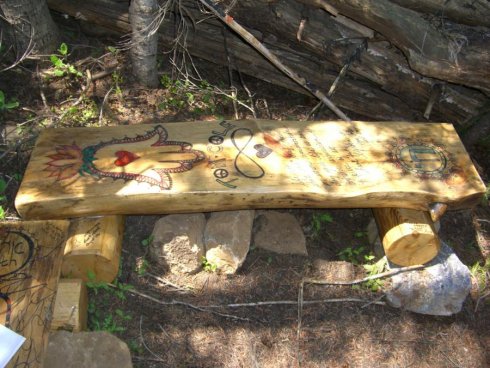 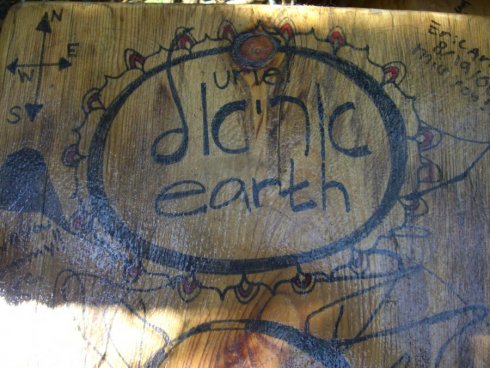 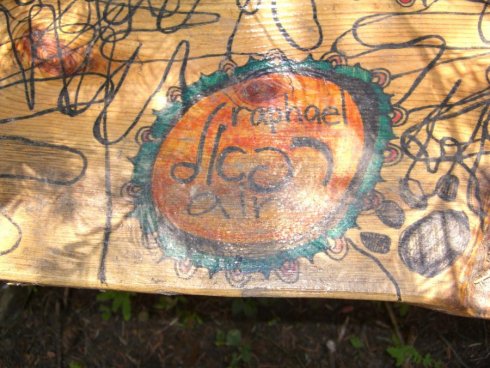 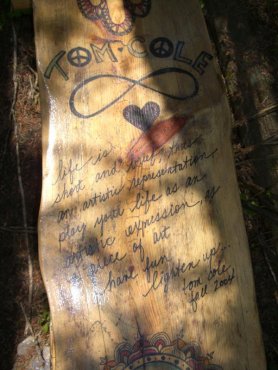 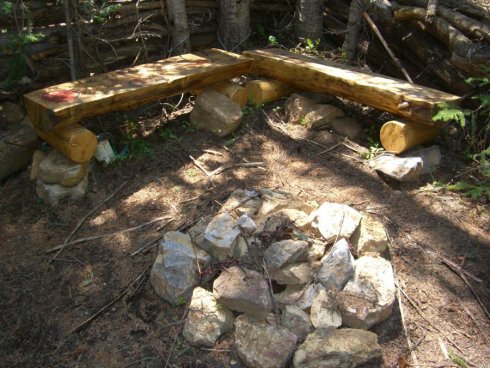 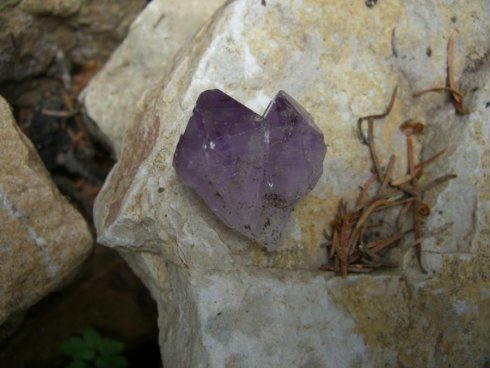