Susan (Susie) D. Baker worked for the Guest Services program on Aspen Mountain.  She was a very proactive and popular person, and died of cancer at the age of 48.  She has two memorial benches.

One bench is located on Aspen Mountain near the Blondie's run.  Her name ("Susan D. Baker") is carved into the bench, as well as "1953" at one end of the bench and "2002" at the other end.  This bench was crafted by Dick Bird.  Thanks to T. V. for the heads-up on this bench.

Her other bench used to be located at the Ruby Park Transit Center, but as of the summer of 2016 it is no longer at that location.  She was always taking muffins and coffee to the maintenance workers at Ruby Park.  Carved into the seatback of this wooden bench is:

“Thanks for the Muffins”

Photos of both benches are below.

In September 2011 Geo Kremer sent the author a message in which he had this to say about Susie: "Susie was such a bright spot in my work day way back when I was driving SkiCo busses to get my ski pass. I later went to work for the county, but I would stop in to see her at Little Annie's or Cooper St. Pier for lunch and she was always smiling. She shared her egg roll recipe with me WAY back in the day and I still have it today. She lived for many years just down the block from me, so would see her on my way into town. For a while, we thought she had the cancer in remission, but it came back with a fury and she was gone before we knew it. I tend to think that rather than losing her battle with cancer, she won her battle for a life well lived." 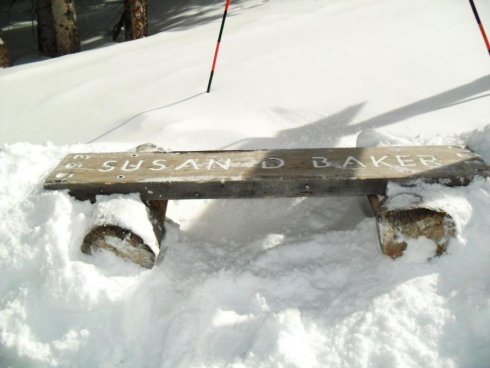 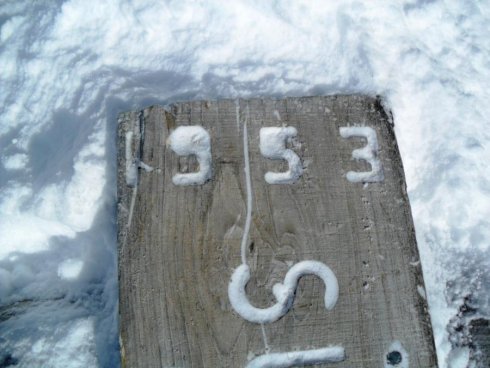 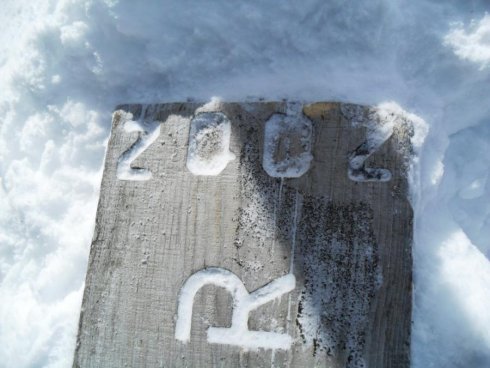 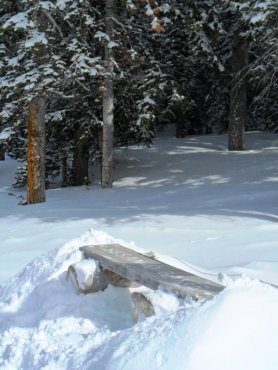 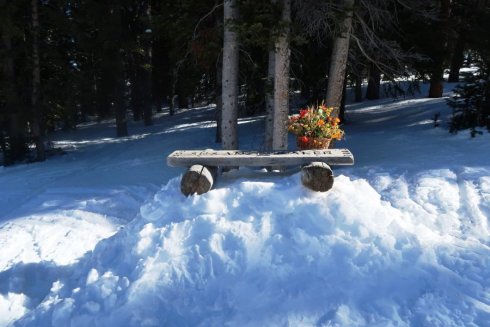 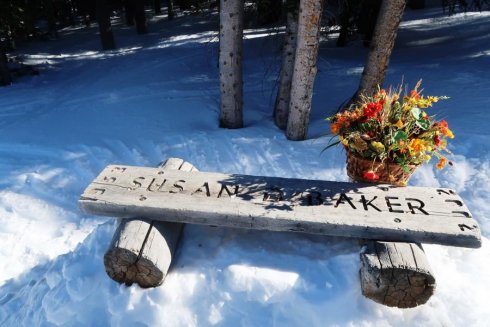 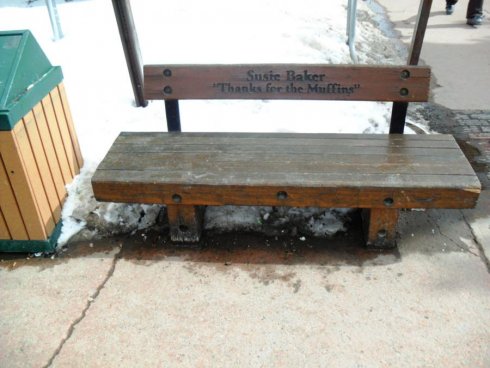 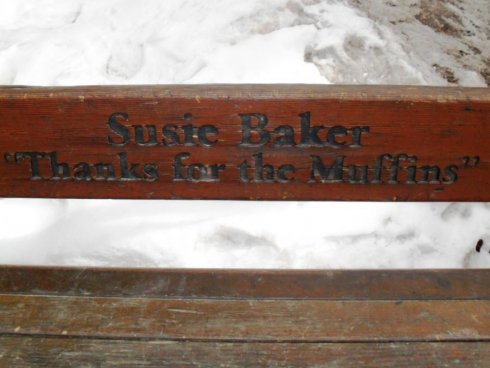