The Susan Marie Petrosius Shrine is on the Big Burn at Snowmass.  She was born on December 8, 1952 and died at age 55 on March 28, 2008.  She was a graduate of Western Illinois University with a Bachelor's Degree in Music Education, and she also had a Master's Degree from The University of Pittsburgh in Information Technology.  Her employers included the Aspen Skiing Company in the professional services area, and Gwyn's High Alpine restaurant on Snowmass.  The obituary for her that appeared in the Aspen Times on April 7, 2008, is shown below.  Her memorial shrine was created by her husband Ed.  It is located at the same place they were married on April 8, 2005.  The memorial consists of a brass plaque, her Aspen Skiing Company nametag, one of her necklaces, a gold-colored cross, and a rose bush (which is not visible in the winter since it is covered with snow, but below is a photo of the bush taken in the summer of 2016).  Photos of the memorial are shown below.  Also shown below are photos of a memorial brick for Ed and Susan that is located in the Treehouse Plaza at the Snowmass Base Village, and also photos of a framed photo of Ed and Susan that used to be on the wall at Gwyn's High Alpine restaurant.

SPACKLE  Note the last two lines on the brass plaque: "I miss & love you Spackle; thanks for filling the hole in my heart." Susan's nickname was "Spackle." The origin of this nickname has to do with the fact that Susan's father and her brothers were carpenters. She became very proficient with hand tools and had a collection of them that were the envy of many a carpenter. One year she asked for a belt-driven table saw as a birthday present! She could paint, wallpaper and build with wood; she could do anything she put her mind and spirit into. Also her husband Ed lives in Illinois during the off season and does some painting there. (During the ski season Ed is an instructor at Snowmass.) As all painters know, "spackle," as a noun, means a compound used to fill cracks in plaster or drywall and produce a smooth surface. As a verb, it means to repair a surface or to fill a hole or crack with spackle. In the case of Ed and Susan, it means that Susan filled a hole in Ed's heart.  (According to Wikipedia, spackling paste is a putty used to fill holes, small cracks, and other minor surface defects in wood, drywall, and plaster. Typically, spackling is composed of gypsum plaster from hydrated calcium sulfate, and glue. Spackle is a registered trademark of the Muralo Company, located in Bayonne, New Jersey; Muralo's product is dry powder, to be mixed with water by the user to form putty or paste, was brought to market in 1927, then patented and trademarked in 1928. The term "spackle" has since become a genericized trademark applied in the United States to a variety of household hole-filling products. The first written appearance of the generic use of the word "spackle" was around 1940. The product name was likely derived from the German word spachtel, meaning "putty knife" or "filler". Other possible derivations include shpaklevat (Russian; to fill holes with putty or caulk), szpachla (Polish; spatula or putty knife) and spaklieven (Yiddish; to fill in small holes in plaster.), all of which are likely derived from German.) 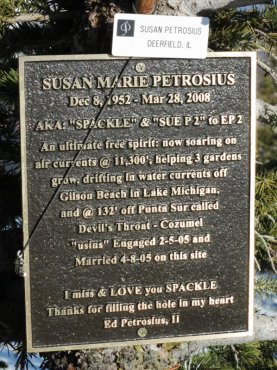 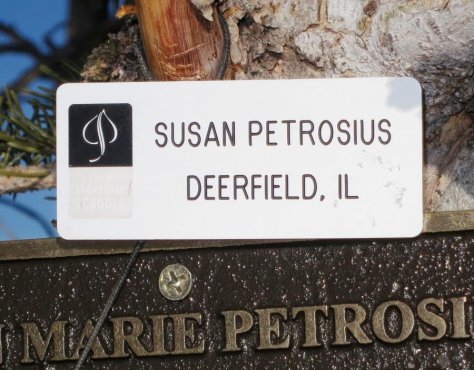 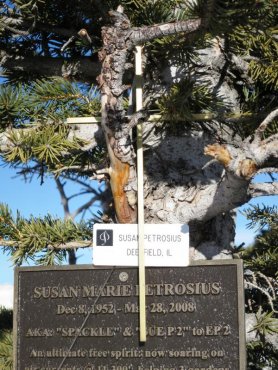 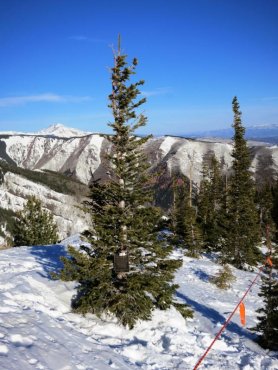 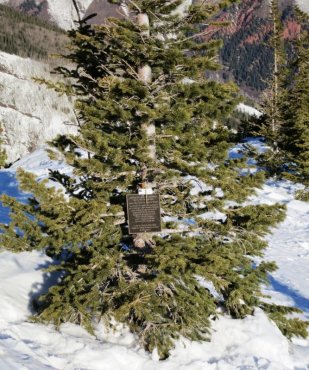 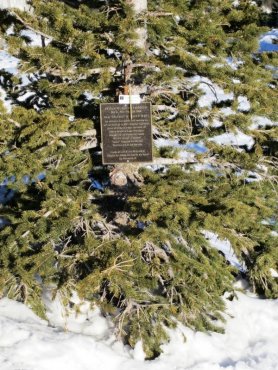 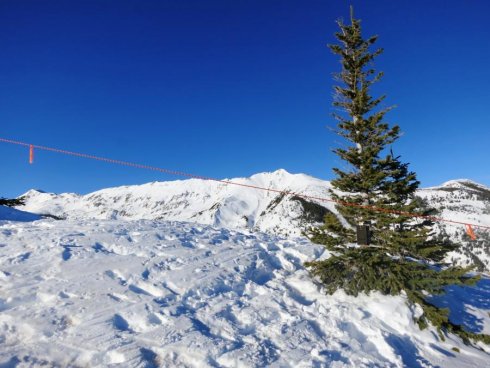 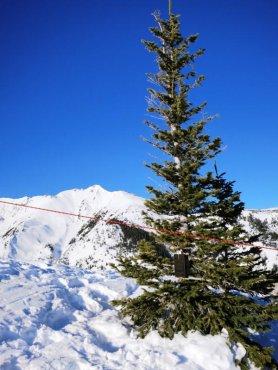 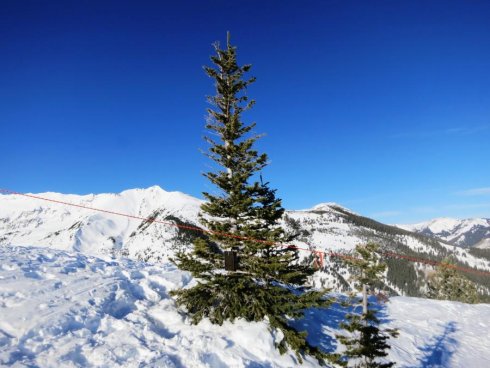 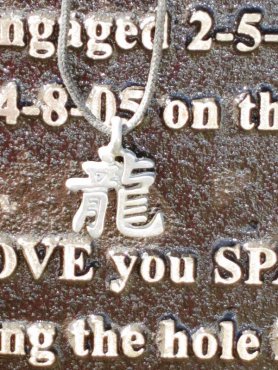 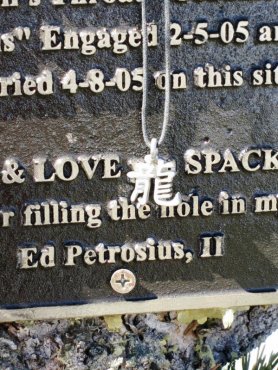 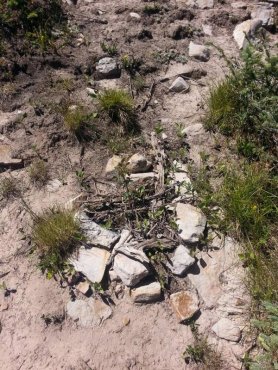 Susan loved the thrill of alpine skiing with the wind in her face and the challenges that the mountain provided. She loved the natural beauty of Bear Bottom, the Cirque Headwall and Garrett Gulch. It allowed her to escape the world’s troubles.

She is mother to Jessica and Christy Poole. Her mother, Marie Dorencz, sister Carol Tarasiewicz and brothers Gary and Jim Dorencz reside in Illinois.

Donations honoring Susan can be made to the Women’s Center & Shelter of Greater Pittsburgh, P.O. Box 9024, Pittsburgh, PA 15224, or on the Web at www.wcspittsburgh.org.

These are photos of the memorial brick in the Snowmass Base Village.  Click on images to enlarge. 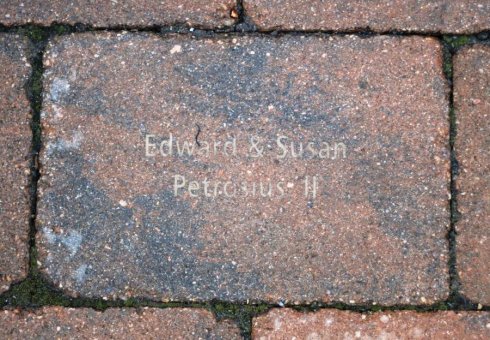 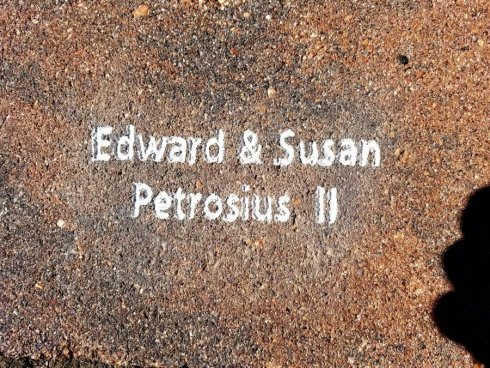 In the photo section below are two photos of a framed photo of Ed and Susan that used to be on the wall at Gwyn's High Alpine restaurant (which was one of Susan's employers at one point in her career). 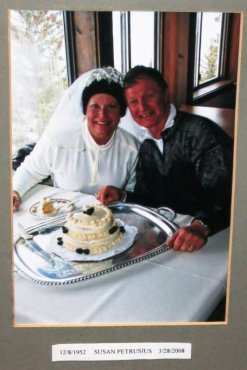 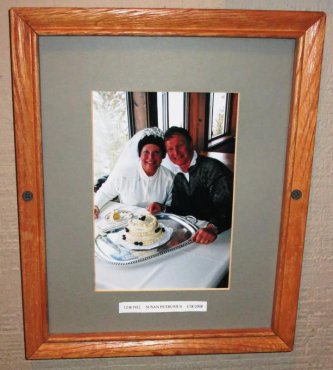 In a March 21, 2018 article ("Secret shrines to Elvis, Jerry Garcia, John Denver and more live on Aspen slopes. Here’s how to find them.") in the Denver Post by Dan Leeth, Susan's Shrine is mentioned.  Here is the link to the article, and also a quote from the article: https://theknow.denverpost.com/2018/03/21/aspen-snowmass-shrines-2018/179727/
"SNOWMASS VILLAGE – Veteran ski instructor Ed Petrosius proudly led us off a Snowmass ski trail and into the ungroomed terrain beyond. He stopped at the ropes marking the ski area boundary. A few yards beyond, a commemorative plaque, employee name tag and laminated photo graced the trunk of a tree.  This small, out-of-the-way memorial holds a place of tender significance for Petrosius. It honors his late wife Susan.  Susan’s shrine is one of about 100 ad hoc memorials gracing the slopes of Aspen’s four ski hills. Most consist of photos and memorabilia attached to trees. With rare exceptions, they lie hidden in the forest, out of sight of skiers on groomed trails. The majority were clandestinely created with their builders maintaining total anonymity."
Below is a photo of Dan Leeth and his wife (on the left) at Susan's Shrine.  Ed Petrosius is on the right in the white helmet.  The photo was taken on March 7, 2018.  Click on image to enlarge. 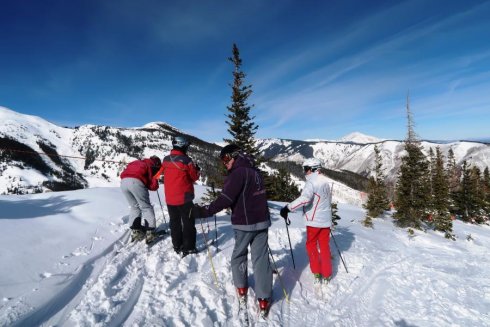 Ed Petrosius added some roses to the Shrine in April of 2018, and contributed the photo below.  (Ed and Susan were married on April 8, 2005.)  Click on image to enlarge. 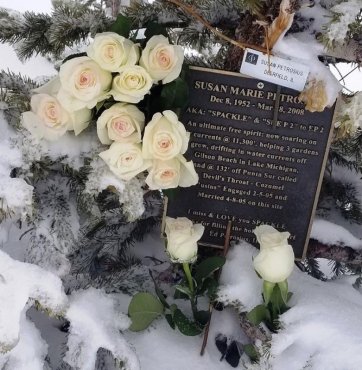