There are two bear sculptures near the Tree House at the Snowmass Base Village.  One is on the mountain side and the other on the street side.  They are by Steve Blanchard and are of wood and were done in 2007.  Blanchard lives and works in California.  His web site (http://www.blanchardwoodsculpture.com) states this for his store location and contact details:  "Geographic Location:  Located 3 miles east of Laguna Seca Raceway and 5 miles west of Salinas on Hwy 68.  Hours:  7 days a week. 8 a.m. to 5 p.m.  But call first anyway just in case the Podots have kidnapped Steve again.  Business Phone:  (831) 484-0963.  E-mail Steve Blanchard at:  steve@blanchardwoodsculpture.com ."   See the article "Extreme Power Carvers -- Steve Blanchard" at http://www.mastersofthechainsaw.com/s_blanchard.htm for more information on Blanchard.
His web site also states the following:

SALINAS, Calif., Feb. xx, 2005 – Among the redwoods of the central California coast, tree houses have evolved far beyond the boards-and-nails contraptions of long-ago summers. And for master carver Steve Blanchard, who operates Blanchard’s Wood Sculpture (http://www.blanchardwoodsculpture.com), tree houses are an art form inspired by the wood spirits themselves.

Some of Blanchard’s hand-carved tree houses (http://www.blanchardwoodsculpture.com/tree_house.html) even bear images of the wood spirits, those long-bearded, gnarled old faces that sometimes appear in the bark of trees and for which woodcarvers search as if for gold. It’s only fitting, then, that the tree houses are just about as rare as gold: Blanchard makes only ten or twelve one-of-a-kind houses each year to sell. Most are around $25,000. The proceeds support development of Itsyville, the playhouse-sized village Blanchard created that has become a local attraction.

Though there is not a plumb, straight or level board to be found in any of Blanchard’s tree houses, their craftsmanship and whimsical appeal have earned Blanchard spots in two books: Ice, Snow, Sand and Wood Sculptures by Steve Volk (ISBN 1418495778, AuthorHouse) and The Art of Chainsaw Carving (Fox Chapel Publishing). Blanchard’s tree houses are slated to appear for the second time in the French architectural magazine Le Journal du Bois. And Blanchard himself has just finished the first book, ITSYVILLE (THE KEY) in a fantasy series that includes the Itsies and the Podots, the two clans of wood spirits who occupy Itsyville.

Those interested can get a feel for Blanchard’s work by viewing his gallery of completed tree house projects at  http://www.blanchardwoodsculpture.com/tree_gallery.html.  All are sized for wood spirits, who, coincidentally, are about as big as children. Designs range from a fanciful outhouse to a two-story house with curved staircase. Some feature rounded front doors in twisted stumps, while others look like they would be equally at home on the streets of a frontier town as in Itsyville.

Blanchard, whose first chainsaw carving fifteen years ago resembled a mushroom (he was trying to carve a redwood tree), is self-taught. In those early days, he says, each of his carvings was an attempt to improve on the one before it. But from the moment he began carving, Blanchard was hooked. After years of trying his hand at most other jobs, he had found his calling — his gift, he says. 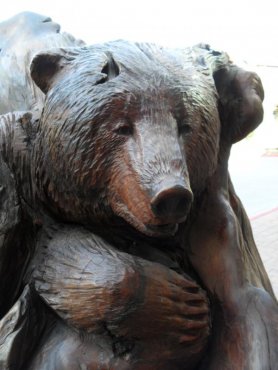 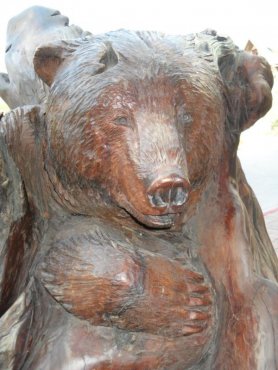 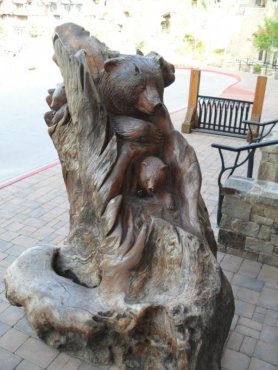 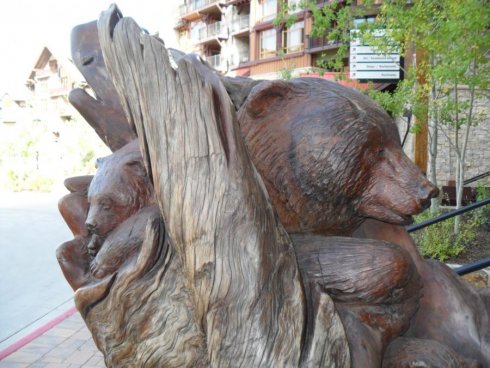 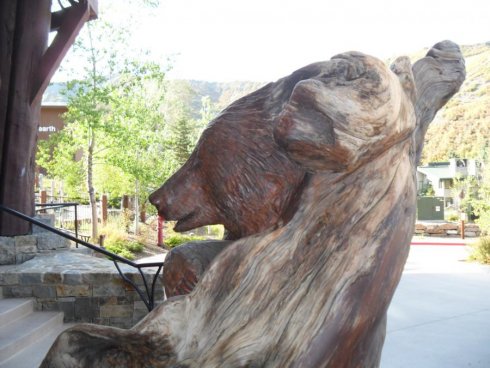 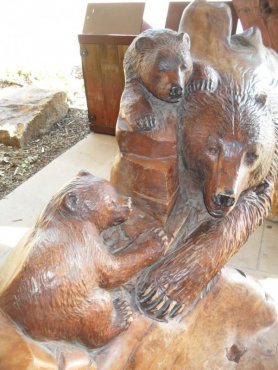 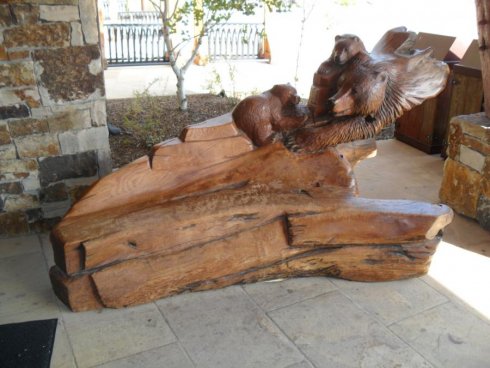 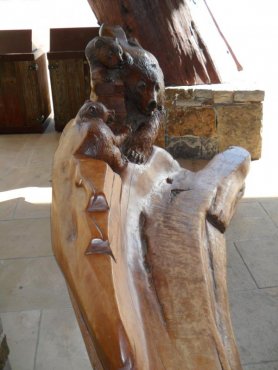 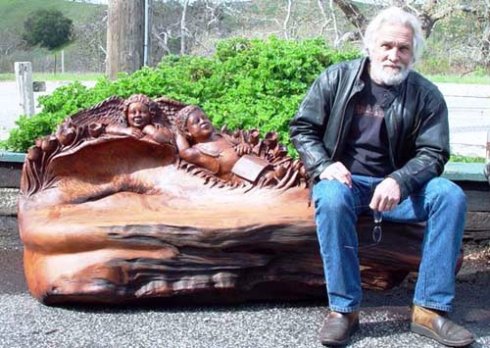 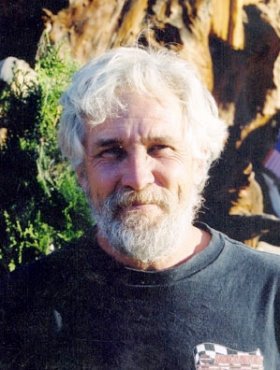