The Ski Club of Lockport New York (SCOL) erected a sign in April 2009 near the top of the Elk Camp Lift on Snowmass.  The first two photos below are of this sign.  When the ski mountain opened in November 2010 this sign was no longer there.  It either fell down or was removed by someone, not sure which.

In April 2013 the club erected a sign on Aspen Highlands.  The last two photos below are of this sign.  I am not sure if it is still there or not.

You can read about the ski club here:  http://skicluboflockport.com/index.php/about-our-club/

If you have information concerning this item that you would like to share for use on this page, please send to the author at AspenShrines@aol.com 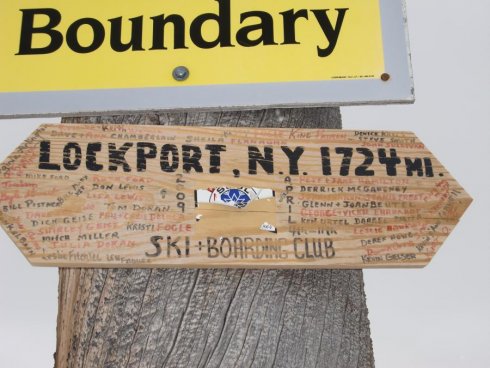 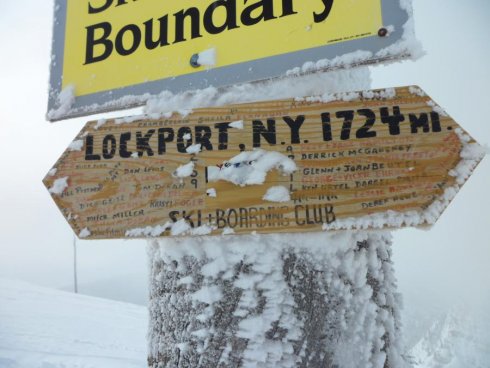 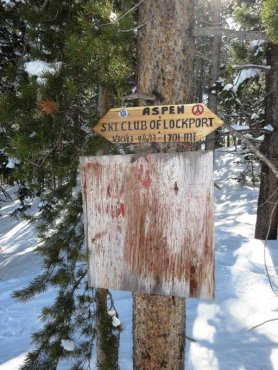 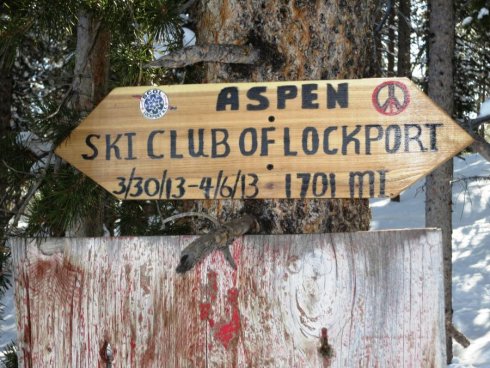