Sam Mansbach lived in the Ridge Run area of Snowmass Village.  He was a huge fan of The Stew Pot restaurant on the Snowmass Village Mall.  He was known for always ordering the tuna fish salad.  He eventually died of cancer.  Rob Robinson was the second owner of the Stew Pot, and at the time he heard of Sam's death he was in the process of deciding the Stew Pot's menu for the next season.  It was at that time that Rob decided to name the Stew Pot's tuna salad after Sam.  It is shown on the menu as "Sam’s Tuna Salad - White albarcore on a bed of lettuce with French poppyseed dressing."  See:  http://thestewpotcolorado.com/index.html and click on Menu and then Salad Menu.  Rob Robinson owned the Stew Pot from 1974 to 2002.  It was while he was the owner that he had the Sam Mansbach bench placed right outside the door to the Stew Pot.  The brass plaque on the back of the bench says:

See you again on top Sam 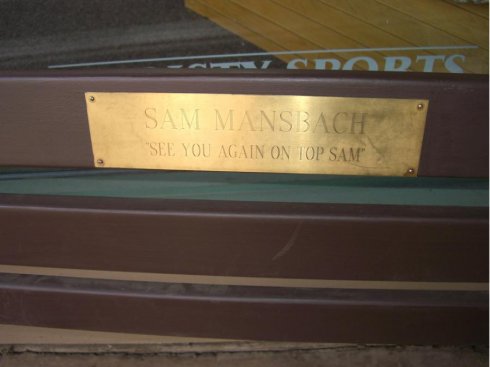 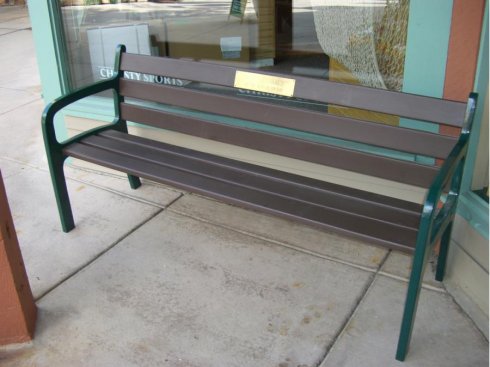