The Poseidon Shrine is on Aspen Mountain.  Many thanks to the amazing Vega Brhely for finding this Shrine, telling me about it, and supplying the photos!

Poseidon was one of the Twelve Olympians in ancient Greek religion and myth.  He was god of the Sea and other waters; of earthquakes; and of horses.  In pre-Olympian Bronze Age Greece, he was venerated as a chief deity at Pylos and Thebes.  His Roman equivalent is Neptune.  Poseidon was protector of seafarers, and of many Hellenic cities and colonies.  In Homer's Iliad, Poseidon supports the Greeks against the Trojans during the Trojan War.  In the Odyssey, during the sea-voyage from Troy back home to Ithaca, the Greek hero Odysseus provokes Poseidon's fury by blinding his son, the Cyclops Polyphemus, resulting in Poseidon punishing him with storms, the complete loss of his ship and companions, and a ten-year delay.  Poseidon is also the subject of a Homeric hymn.  In Plato's Timaeus and Critias, the island of Atlantis was Poseidon's domain.

In the Odyssey, Poseidon is notable for his hatred of Odysseus who blinded the god's son, the cyclops Polyphemus.  The enmity of Poseidon prevents Odysseus's return home to Ithaca for many years.  Odysseus is even told, notwithstanding his ultimate safe return, that to placate the wrath of Poseidon will require one more voyage on his part.

The Winnowing Oar (athereloigos - Greek ἀθηρηλοιγός) is an object that appears in Books XI and XXIII of Homer's Odyssey.  In the epic, Odysseus is instructed by Tiresias to take an oar from his ship and to walk inland until he finds a "land that knows nothing of the sea," where the oar would be mistaken for a winnowing fan.  At this point, he is to offer a sacrifice to Poseidon, and then at last his journeys would be over.

Photos of the Shrine, taken in March 2019, are below (click on images to enlarge). 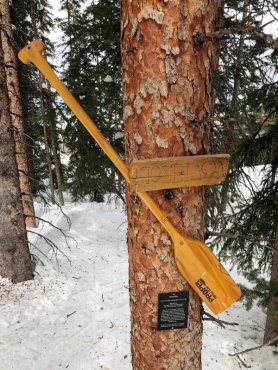 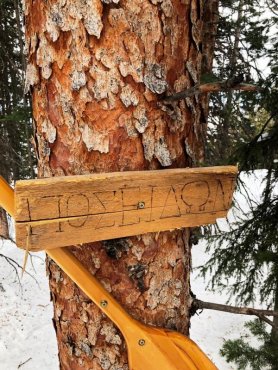 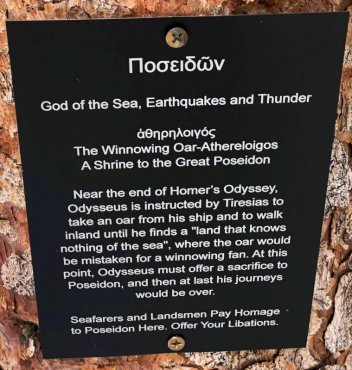 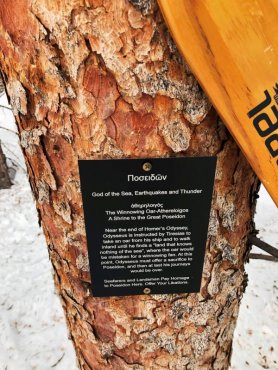 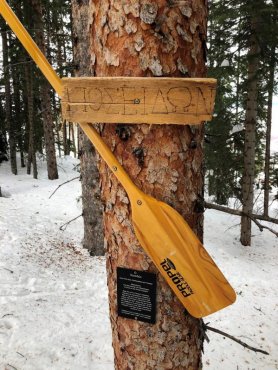