The Measure of a Man

Photos of the bench and plaque are below.

This is an obituary that appeared in the Aspen Times newspaper:

Paul was born on Governor's Island, NY on October 10, 1937 to Colonel and Mrs. Vincent A. Macdonald, USA.

Paul graduated from Heidelberg American School in Heidelberg, Germany in 1956 where he was a four-sport letterman. He attended the University of Colorado on a football scholarship and was employed by the Washington, D.C. Fire Department, retiring in 1981 with the rank of lieutenant. He moved to Aspen in 1985 and was employed by the Aspen Skiing Co. until he retired in 2005. Paul was a member of Aspen Elks Lodge No. 224. He had many friends in Aspen and throughout the world of skiing — most of which he met at his station at the top of the Silver Queen Gondola.

Paul is remembered by all as a caring and loving person who always put others first in his life.

The family expresses their appreciation for all who have been an important experience or influence in our lives. 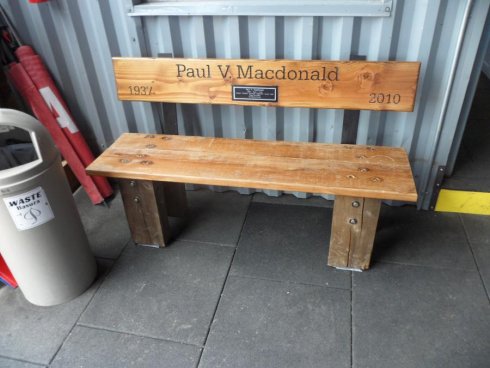 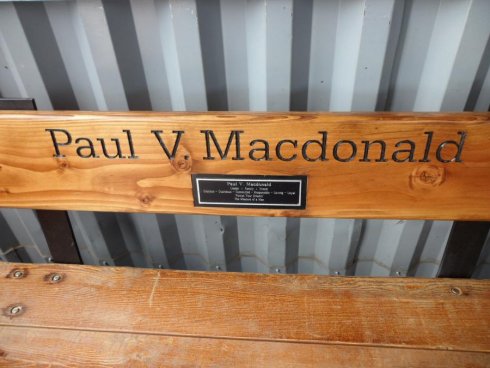 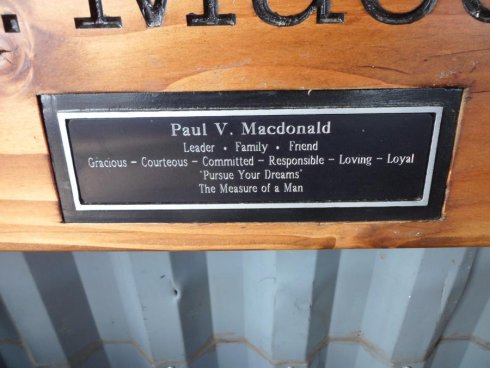