One of Patsy Hileman's skis is located in the Ski Patrol shack on High Alpine on Snowmass.  Photos of it are below; click on images to enlarge. 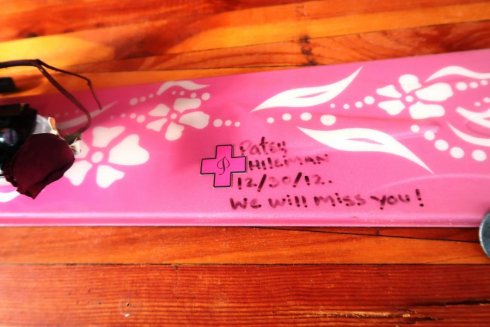 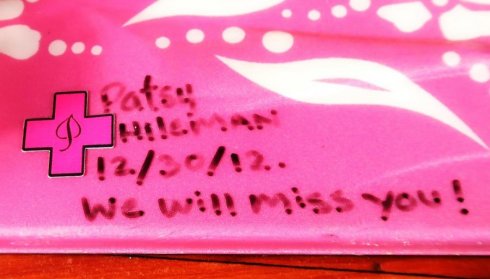 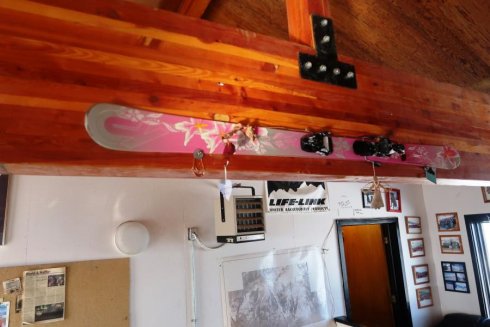