The "No Problem Joe" Cabin and Statue (Buttermilk)

According to local legend, "No Problem Joe" was a "Mr. Fixit" in the town of Aspen, Colorado.  He could basically fix anything and had many customers.  Also he was frequently was called in by the ski company to fix ski lifts during the ski season.  Big or small, he'd assure the customer awaiting repairs that the job was "no problem."  He had a home on the east side of Aspen (930 King St.) near Heron Park, and there is also a nearby bridge named after him (the bridge that goes over the Roaring Fork River on Neale Avenue, although there is no sign) and also a hiking trail nearby named after him.  See below for photos of the house, a plaque on the house that is dedicated to him, and the sign for the hiking trail.  His name was Joe Candreia.  He was born on March 8, 1912 and died September 18. 1993.  He came to Aspen in 1952 from Pawhuska, Oklahoma.  He was an avid gardener and an article about his garden appeared in the Aspen Times newspaper on May 4, 1989.  He had two dogs named Bonnie and Clyde.  Speaking of trying to start one of the five rototillers he had for his garden, he once said, "No Problem.  If one don't start, I just change.  They are just like a woman, no problem."  In 1967 the Aspen Volunteer Fire Department gave him a plaque stating that he was an honorary firefighter for his outstanding efforts.

The "No Problem Joe" cabin and statue, which is the subject of this page, is on Buttermilk, near the "No Problem" run.  Photos of it are below.  Also below is a photo of Joe standing by the sign for the No Problem run.

Does anyone know why the Aspen Skiing Company put up this cabin and statue at Buttermilk, and why they named a run after Joe? 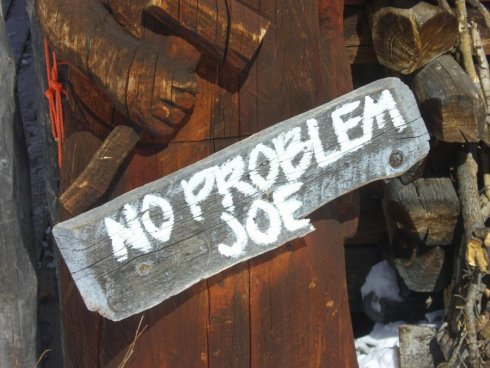 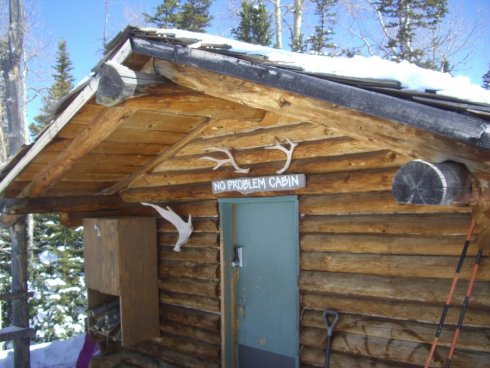 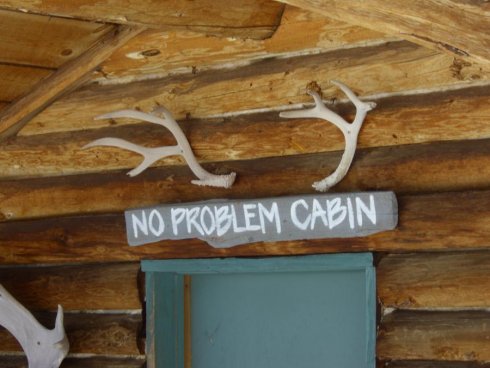 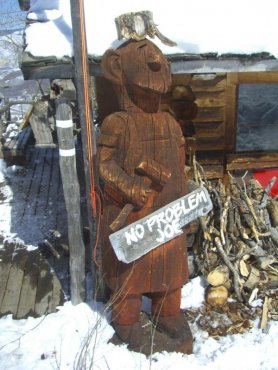 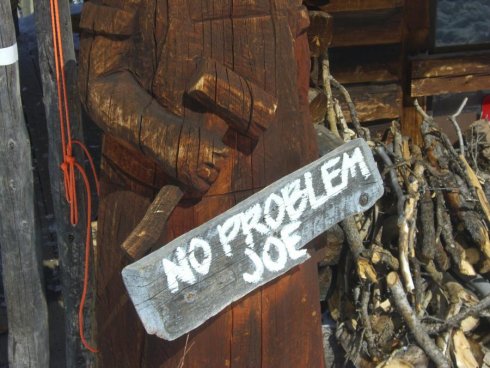 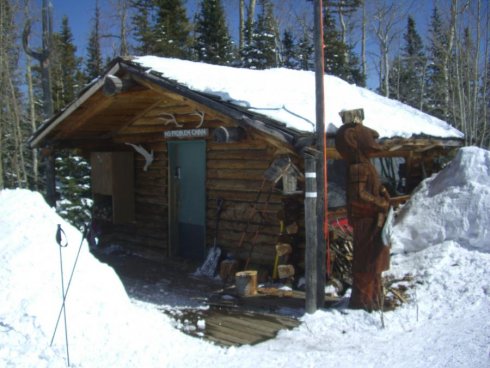 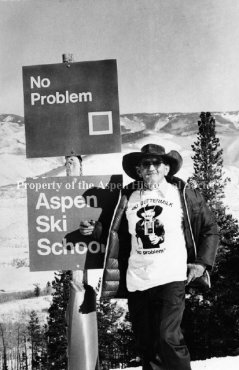 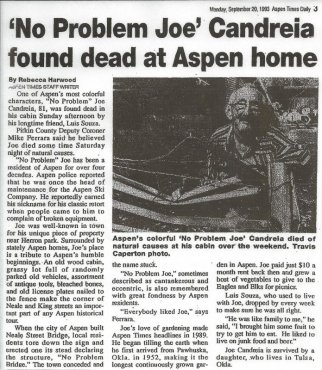 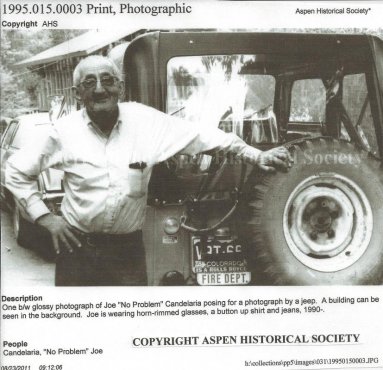 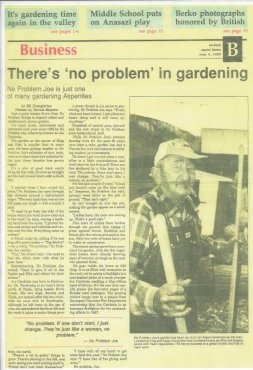 Joe's house on the east side of Aspen (930 King St.) has a plaque affixed to the front of it which states:  "In memory of 'No Problem' Joe Candreia, our loving daddy, grandfather, friend, March 8, 1912-September 18, 1993."  Photos of his house, the plaque, and the hiking trail named after him nearby, are below. 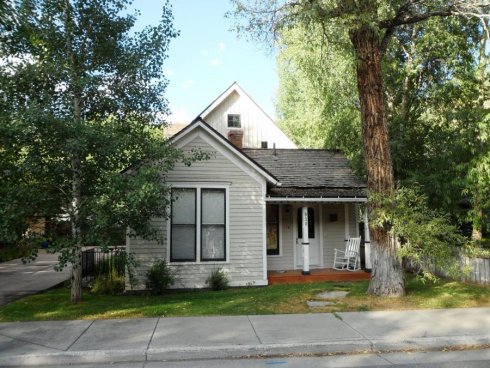 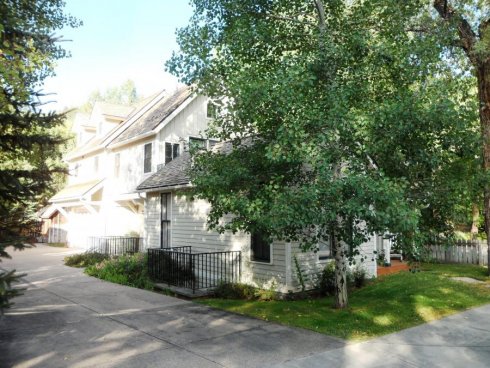 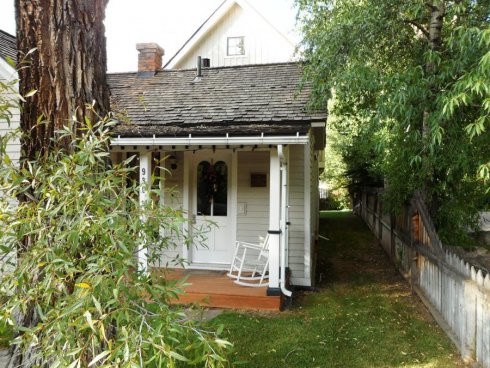 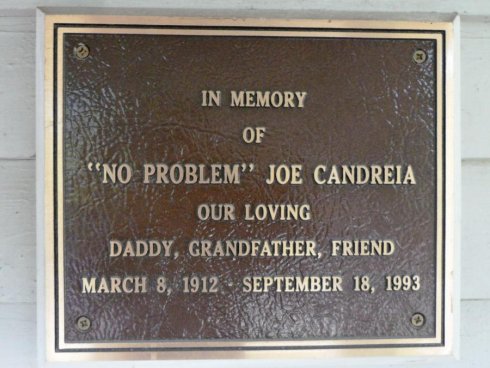 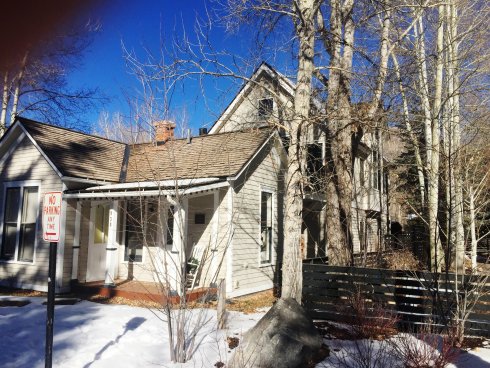 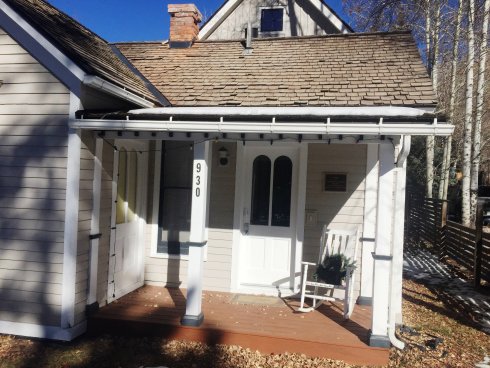 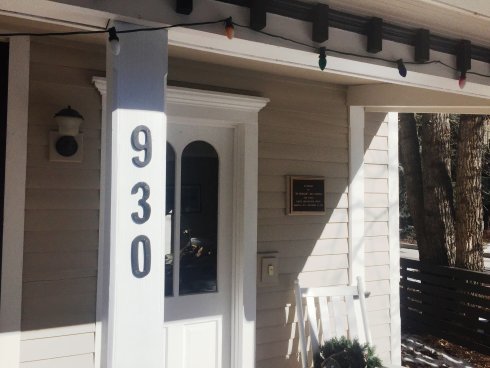 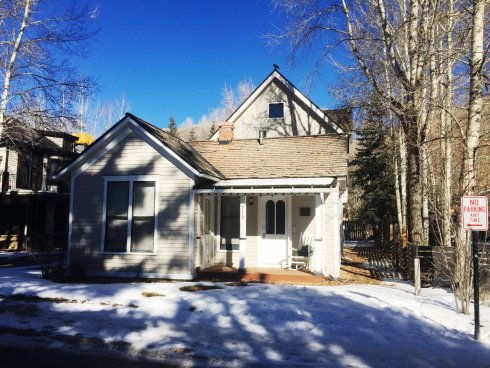 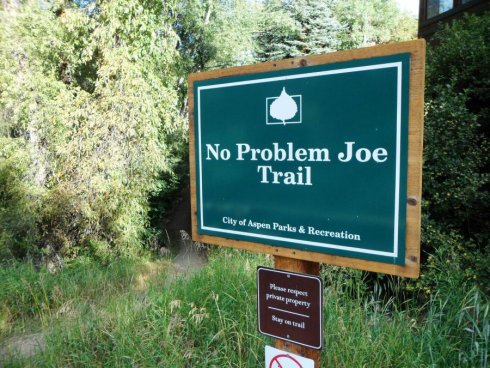