The Nark's Nook sign is on Aspen Highlands.  It is named after Janis Nark.  It is not shown on the Trail Map.  See three photos below (click on images to enlarge): 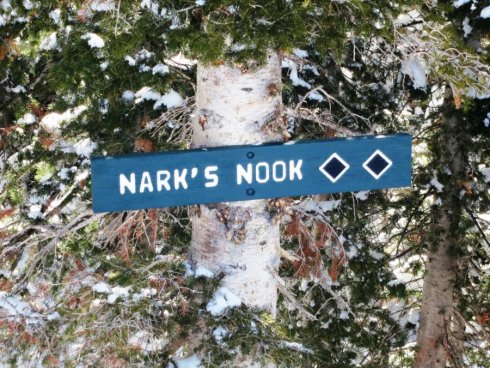 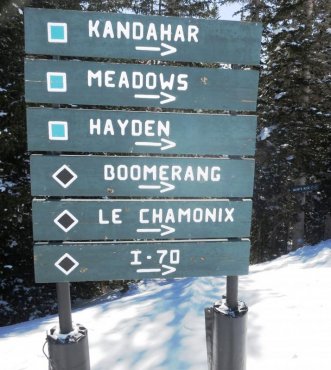 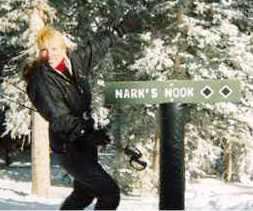 For more information on Janis see this page:  https://www.vvmf.org/stories/Janis-Nark/

Also see this article (the link to it no longer works):

"Born in Michigan to a Ford Motor Company Manager and a housewife, Janis thought "I'm going to grow up, have kids and die in Detroit." At the age of 12 her father was transferred to Europe and her teen years were spent in private boarding schools in England and Switzerland.  Janis has traveled all over the world from America to Europe and back around to Asia. Coming back to the States to graduate from high school, she missed out on a four year drama scholarship "By That Much!"  Janis decided to become a registered nurse. Nursing School was tough, but she survived; and when an Army recruiter came around and promised she would be stationed in Europe - she signed up. As the Vietnam War escalated, she was ordered to go. She landed in Cam Ranh Bay at the age of 21.  After the war, she transferred from active duty to the Army Reserves where she served for 26 years, including active duty during Desert Storm.  Janis, in the seventies, moved to Aspen, Colorado to become a Certified Professional Ski Instructor.  She also got a double black diamond ski run named for her. To this day, one of the most difficult slopes on the Aspen Highlands is called "Nark's Nook."  Lieutenant Colonel Nark is recognized by the Army as being an expert in Nuclear, Biological and Chemical Warfare, and has graduated from the Armed Forces Command and General Staff College. Janis has been a fashion designer and owner of her own clothing company. She is a multi-published author whose stories are in over a dozen books on women, war, personal power and resilience, including four different versions of Chicken Soup For The Soul. Colonel Nark serves as a director on many boards including The Vietnam Veterans Memorial Fund (The Wall) in Washington DC and Huts For Vets in Aspen, CO.  With her comrades accusing her of wanting to be a stand-up comedian, she became a Professional Motivational Speaker. Janis has shared the podium with such dignitaries as General Colin Powell and President Bill Clinton. As a speaker, Janis has stories of laughter and tears. She knows and relates to stress and change. Her specialty is finding control in chaos and her message is one you will never forget." 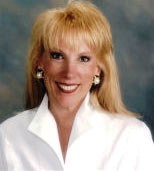 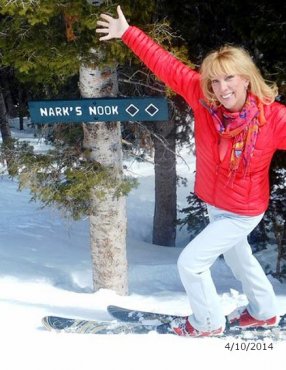