In January 2011 the creator of the Monkey Lounge (who used to be a member of the band "Monkey Train") sent the author this message:  "Here is a brief history of the Monkey Lounge.  Originally located just above the old wine cabin, the 'monkey lounge' came about one crisp and colorful September day when myself (Rob-Monkey-Dasaro) and AHSPatroller 'Go-Go' were buttoning-up some trail work on the wine cabin ridge and during our lunch break heard an extended set of the music of John Denver on KDNK through a small transistor radio. The two us being somewhat musically savvy, we realized there were too many songs for a birthday celebration and came to the conclusion that in fact it must be the recognition of a tragic loss of a great singer-songwriter.  At that moment feeling the lyrics of 'Rocky Mountain High' I thought what a great spot for a shrine.  Soon after we hiked in a van seat, some pictures of John D and a retired 'OLY" double chair seat.  The location was slowly discovered and many fabulous locals added their own sentimental pieces soon creating a type of collage in the trees, an eclectic reflection of what is the Highland snow Rider.  One of our woman patrollers made the "Monkey Lounge" sign during her tour of duty in the sign shop her rookie year officially placing the name to the shrine and I thank her for that.  Three or so years ago we lost the original trees to beetle kill and now that wood is being enjoyed as part of a cabin in Marble and some flooring in the Highland Village.  With the help of  fellow trail crew we restored the lounge to its current location slightly uphill.  The lounge now, about fifteen years later perched over the gateway to great Highland terrain is a symbol of the collaberative efforts of a diverse community of local snow riders whom are the fabric of the Roaring Fork Valley."
If you have any information about or photos of this item which you would like to share for use on this page, please send to the author at AspenShrines@aol.com.

Photos of the Monkey Lounge Shrine are below. 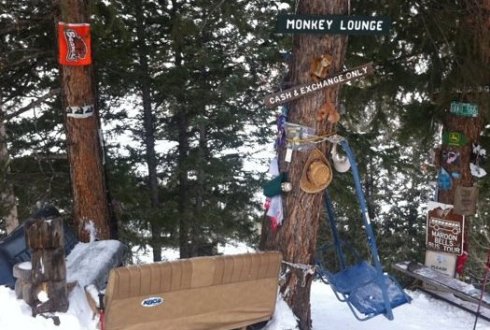 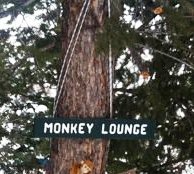 The photos in this section were taken in January 2012. 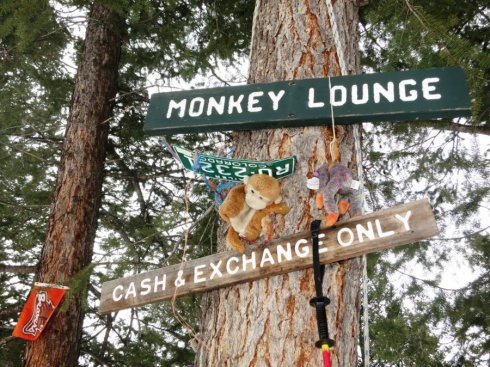 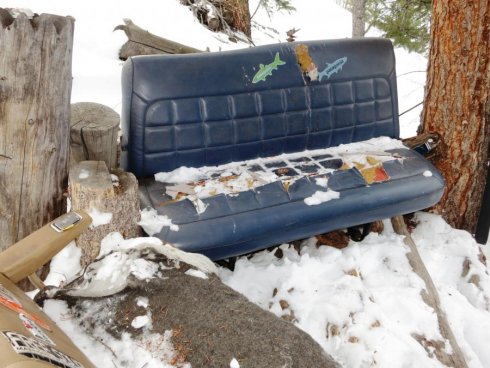 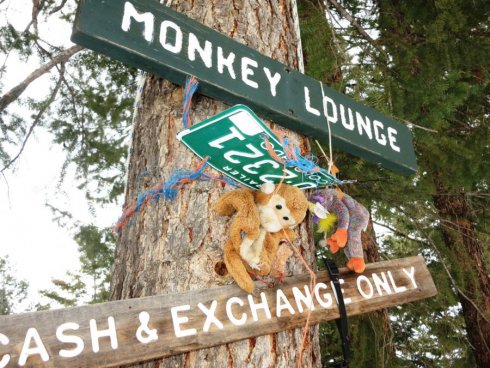 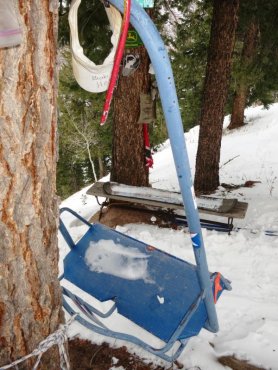 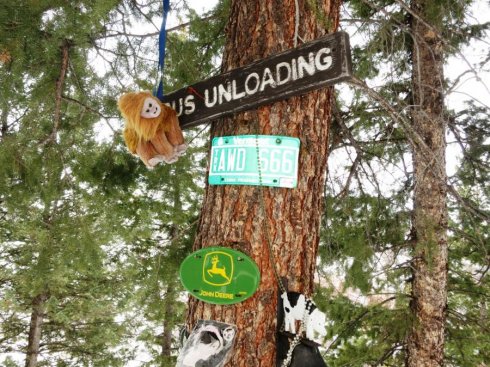 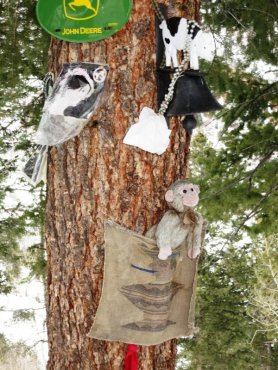 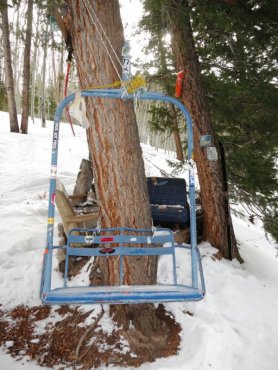 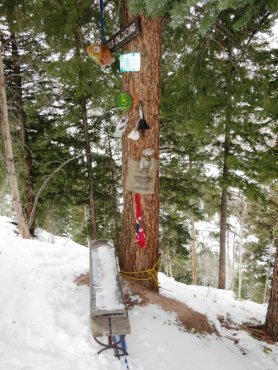 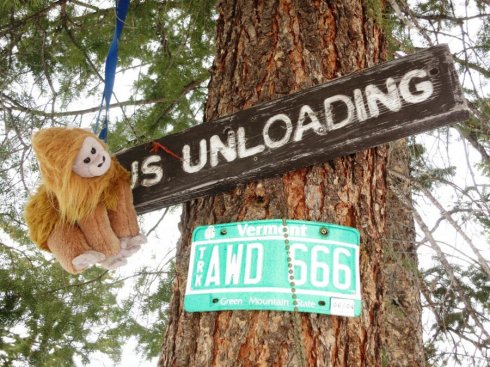 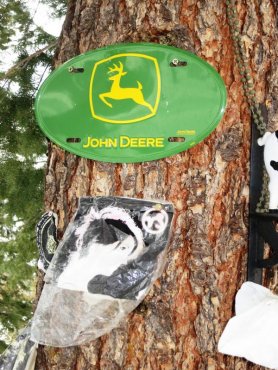 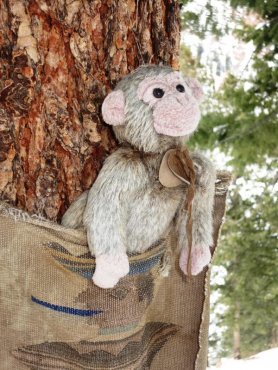 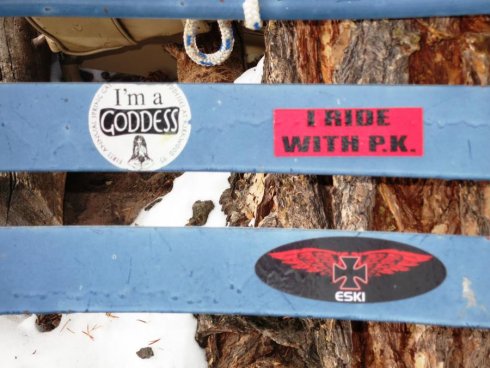 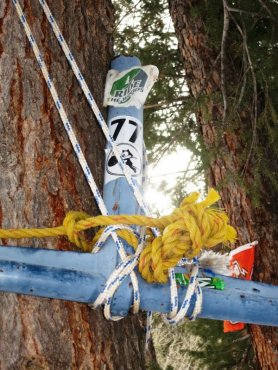 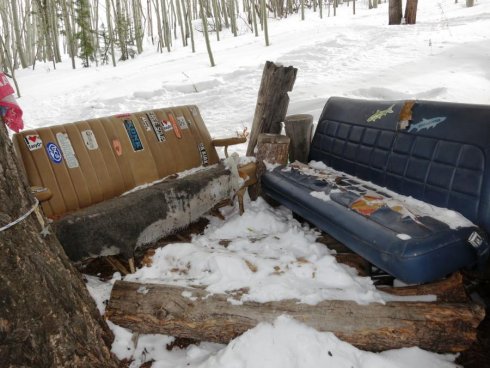 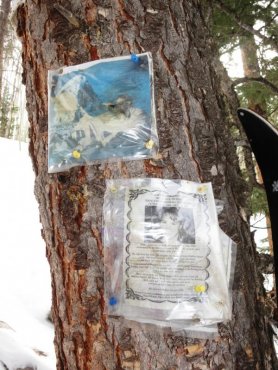 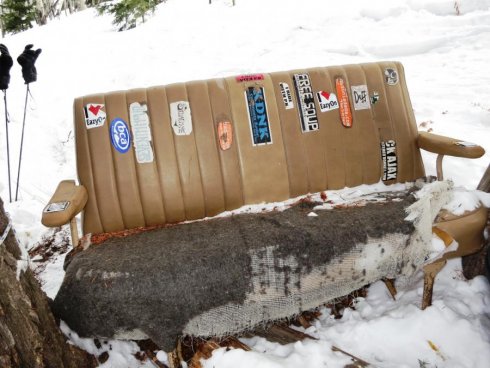 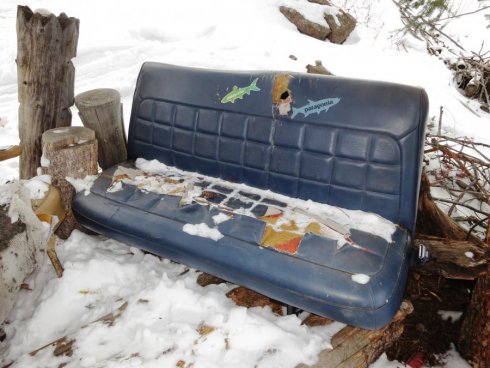 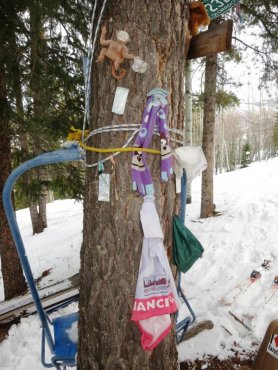 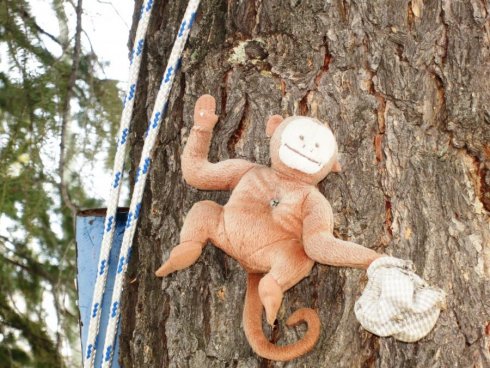 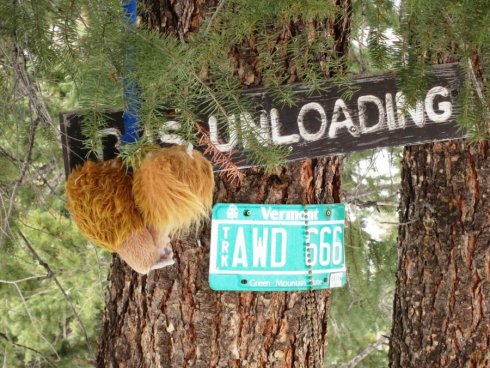 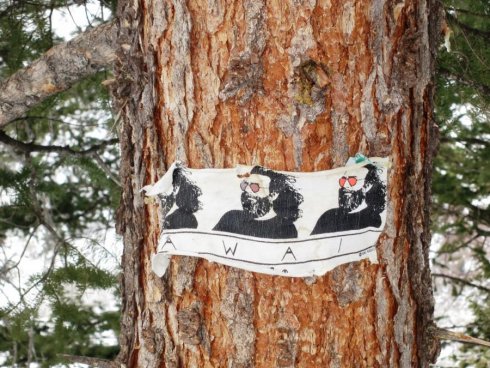 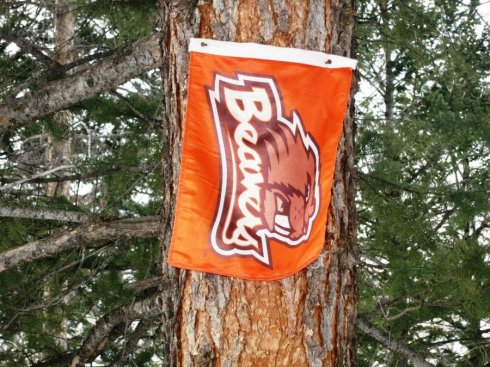