The Lindsey's Loop sign refers to Ken Lindsey and is on Aspen Mountain.  Photos of the sign are below.  Many Thanks to Tim Bonner for the photos and to Tony Vagneur for his help with the information on this page.  Read Tony's Aspen Times article here:  https://www.aspentimes.com/opinion/columns/ah-trail-crew/
Tony Vagneur, Aspen Times, March 3, 2006, "Ah, trail crew."

"From the time I was about 6 years old, I wanted to be a ski patrolman on Aspen Mountain, but being a kid from the small town at its base, figured I'd never have a chance at such a high-level skiing job.  Later, my cousin, Leroy Vagneur, worked there a winter or two after graduating from college, so I thought that perhaps it may not be a total impossibility.  For me, college graduation opened no doors (by choice) and coming home to Aspen, I skirted the issue of ski patrolling, not thinking it possible, until one autumn night in the Red Onion, someone mentioned that it might happen if I'd call Charlie Maddalone, the Aspen Mountain manager.  Charlie was a basketball referee when I played for Aspen High, and didn't put up with any nonsense.  He told me he thought he could get me on the trail crew, something I'd never heard of, but said the patrol was a more complicated matter.  Take it or leave it was the terse offer.  I took it.  Ken Lindsey was the trail crew leader (Lindsey's Loop, skier's left of Lower Magnifico), a man whose distrust for authority was even larger than mine, and my name having come from management, I had an uphill battle to fight, not only with Ken, but with the entire crew, which numbered five or six and included guys like Jons Milnor, Tom Canning, Gary Krubsack and Ted Bachle.  There was an attempt to freeze me out, but as Jons later said, "You could ski, so we had to take you on."  And ski we did.  Our job, of course, was trail maintenance, in the days when snowcats couldn't do nearly as much as they do today.  We'd shovel the tops off of moguls on runs such as Percy's and FIS, ski pack Silver Queen, Little Corkscrew, Corkscrew Gully, etc., - and on powder days, we'd take the ticket packers out for a couple of hours so they could garner a same-day lift ticket for their efforts. Lindsey made sure his crew got a lot of fresh tracks.  How hard was all that?  Not very, and when we weren't working at our assigned jobs, which was a large portion of the time, we were an elite group of hard core skiers. Of course, we had to stay out of sight as much as possible, so we learned to ski tight trees without blinking, huck over big rocks and around old mine shafts, and knew every spot on the mountain that could afford at least one good powder turn before the pine boughs would take your head off.  We grew to like socked-in, snowy days when the crowds stayed home, because we could ski more of the mountain.  Flat light was our friend and the more miserable the snow conditions, the bigger our playground.  Pernod, the grand French elixir, was having an American promotion that winter, along with a now defunct winemaker, so our variety of after work libations was enhanced considerably, and we were forever being entertained by a rash of ski and surfing movies, made the previous year by every jamoke who could afford a camera.  We partied a lot, but kept ourselves reasonably well-kept for the next day's skiing.  Back in those casual times, Aspen Mountain seemed much bigger, simply because there wasn't a gondola nor any high speed lifts.  Everything on cables was closer to the ground and most of the trails were narrower, including the lines cut for the lifts.  Skiing was more of a journey, rather than a quick rip to the bottom.  Late one winter, ski corporation management decided we were unneeded and unceremoniously discharged us.  Truly the end of an era and I am forever grateful for the education it gave my skiing.  Most of us were fortunate enough to be offered ski patrol jobs the next year, which of course, we accepted.  Then, the real stories began. Tony Vagneur keeps a couple of those old powder lines secret.  Read him here on Saturdays and send comments to ajv@sopris.net" 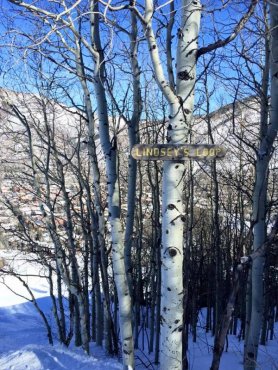 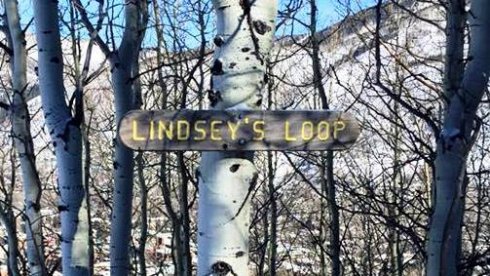