This is from Wikipedia (as of June 2019):  "On March 31, 1984, ski patrolmen Chris Kessler, Tom Snyder, and Craig Soddy were completing avalanche control work in Highland Bowl. The three set off explosive charges near the top of the Bowl. Their bombs yielded no sign of danger and they continued to do explosive work. Their second explosion triggered a slide and before the three could escape an avalanche fell from above them. All three died. A monument in their memory has been erected near the top of the Loge Peak lift above the ski runs named in their honor (Kessler's Bowl, Snyder's Ridge, and Soddbuster)."  This wikipedia page contains a link to this page.  See http://en.wikipedia.org/wiki/Aspen_Highlands.   Also see this page for related information:  https://www.wildsnow.com/avalanches/avalanche-highland-bowl-dawson-1982/

Also, see this page:  http://www.aspendailynews.com/section/home/138904.  This is a quote from this page:  "Then came March 31, 1984, when three Highlands patrollers — Tom Snyder, Craig Soddy and Chris Kessler — were killed in an avalanche near the center of the bowl while on a control route.  Melahn was on duty that day at the top of Loge Peak and he helped in the rescue effort.  He said it changed him forever.  'I learned what the stakes really were, skiing in bowls like Highland Bowl or in the backcountry,' Melahn said.  'From that point on, it was a much more serious undertaking.'  After the accident, Whip Jones firmly closed the bowl and it became a forbidden zone, at least for patrollers and the skiing public.  'They didn’t allow us to go anywhere near the Highland Bowl,' Melahn said."

(Note, on March 31, 1981, exactly three years to the day earler, Roberto Gasperl was killed in an avalanche at Snowmass.  See the page on Roberto's Plaque on this site:  https://www.aspensnowmassshrines.com/index.php?the-roberto-gasperl-plaque-snowmass)

The Kessler, Snyder, and Soddy plaques are located at Aspen Highlands on the right side of the Broadway run, just after exiting the Loge Peak lift.  Photos of them are in the first photo section immediately below.

See this article in the Snowmass Sun newspaper of March 28, 2012, "Many Shrines Honor Tragic Events" by David Wood.  This article is set out in full below at the bottom of this page.

These plaques are covered in the book, "Sanctuaries in the Snow--The Shrines and Memorials of Aspen/Snowmass."  The book may be purchased on this page on this site:  http://www.aspensnowmassshrines.com/index.php?The-Book

(There is also a plaque to these three men mounted on the wall inside Bonnie's on Aspen Mountain.  See this page on this site:  http://www.aspensnowmassshrines.com/index.php?The-Kessler-Synder-Soddy-Plaque-Aspen-Mountain)

(There is also a plaque to these three men mounted on the wall inside the Merry-Go-Round restaurant on Aspen Highlands.  See this page on this site:   https://www.aspensnowmassshrines.com/index.php?the-kessler-snyder-soddy-plaque-in-the-mgr-aspen-highlands) 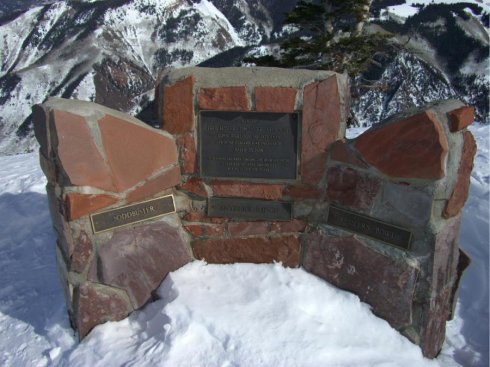 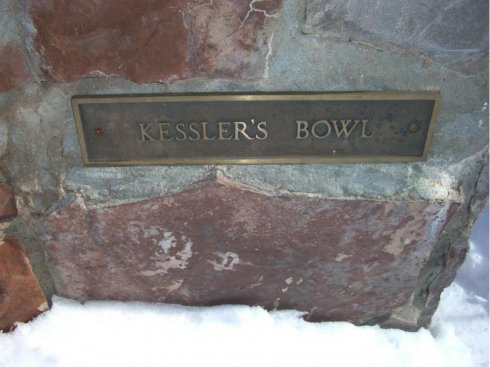 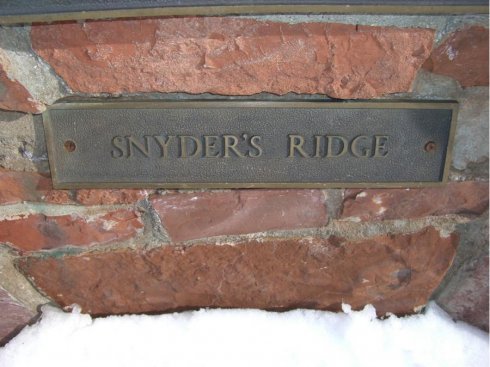 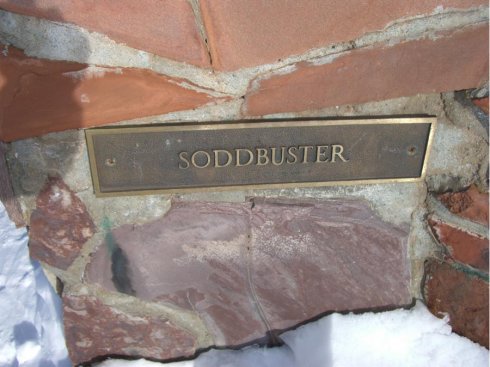 A related item, although not on the ski mountain, is a small brass tag attached to a tree near Hallam Lake.  The tag reads as follow:  "In Memory--Tom Snyder--AVH Nurses--1985"  It was put there by the nurses of Aspen Valley Hospital.  For many years Tom Snyder was one of the hospital's evening unit clerks.  He was due to work his last shift at the hospital before moving to Arizona the day of the accident.  Many thanks to Kathy Sheldon for this information.  Photos of the tag (and Kathy Sheldon) are below.  Click on images to enlarge. 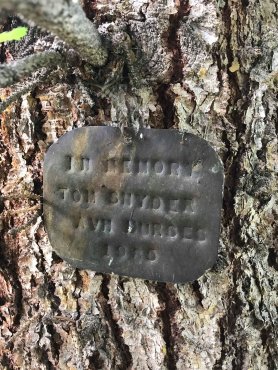 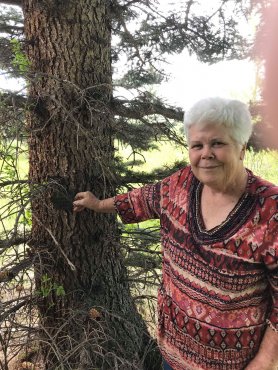 Below is an aritlce about these plaques by David Wood that appeared in the Snowmass Sun newspaper.

Many Shrines honor people who were the unfortunate victims of tragic events. The shrine for Roberto A. Gasperl at Snowmass and the shrine for Chris Kessler, Tom Snyder and Craig Soddy at Aspen Highlands are two of those shrines.

On March 31, 1981 Roberto A. Gasperl of the Snowmass Ski Patrol was killed, at the age of 40. He was caught in an avalanche while in a chute in the headwall area of the Hanging Valley Wall at Snowmass ski area. The name of the chute at the time was “Small Chute”, but it is now known as “West 2.”

Later, a nearby chute that was known at the time as “Candy Ass Chute” was renamed in his honor as simply “Roberto's.” There is another chute in the area bearing Roberto's name called “Roberto's Chute” and also known as “Hour Glass” chute; it is the next chute over — skier's left — from “Roberto's.”

There is a brass plaque in memory of Roberto mounted near “Roberto's” and “Roberto's Chute.” It's mounted on a rock face near these runs, and the plaque contains the line: “But O for the touch of a vanish'd hand, and the sound of a voice that is still,” which is a line from the poem “Break, Break, Break” written in 1834 by Alfred Tennyson (1809-1892). The poem focuses on Tennyson's grief over the death of his best friend, and fellow poet, Arthur Hallam.

Three years to the day after Gasperl's death, on March 31, 1984, Aspen Highlands' patrollers Chris Kessler, Tom Snyder and Craig Soddy were killed in an avalanche while conducting control work in the G-Zones of Highland Bowl. The area was being used for helicopter skiing at the time.

They first set off some explosive charges near the top of the bowl, but nothing happened. Then, the three skied closer to the middle of the bowl and threw more bombs, triggering a slide below them. Before they could escape, a gigantic avalanche fell from above.

A monument in their memory was erected near the top of the Loge Peak lift above the ski runs Kessler's Bowl, Snyder's Ridge, and Soddbuster. A line on one of the plaques in this monument reads as follows: “It is always sad when someone dies in an avalanche. It is sadder yet, when someone dies making it safe for others.”

There are also memorial plaques dedicated to these three men inside the Merry-Go-Round on Aspen Highlands and inside Bonnie's on Aspen Mountain.

David Wood (AspenShrines@aol.com) is the author of the best-selling book about the Aspen shrines, Sanctuaries in the Snow “The Shrines and Memorials of Aspen/Snowmass.” He donates all of his profits from book sales to a local charity, The Trashmasters Scholarship Fund. The book can be purchased in Snowmass Village at Snowmass Sports, the Stew Pot, Sundance Liquor and Gifts, the Village Market, and 81615, as well as at various locations in Aspen. 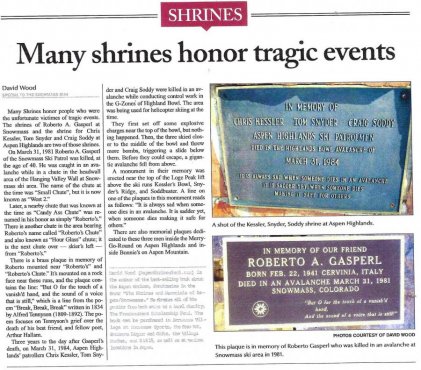