This article was in the Aspen Times on July 15, 2014:  "Basalt woman was a mainstay in Roaring Fork Valley’s wellness community" by Michael McLaughlin.  https://www.aspentimes.com/news/basalt-woman-was-a-mainstay-in-roaring-fork-valleys-wellness-community/  quoted below:

Kathryn Kania was a passionate, dedicated woman committed to her craft of helping others through bodywork and alternative therapy, friends said Saturday.  Kania, 53, was struck and killed by a vehicle in front of the Aspen-Basalt Mobile Home Park early Friday morning, according to the Colorado State Patrol.  Kania, who lived in Basalt, owned a business called A Unique Touch and practiced at 711 E. Valley Road, where a complex of medical and therapy offices is located above Alpine Bank at Willits. She also offered services through Aspen Cranial Massage and kept an office in Aspen. She was a craniosacral specialist and massage therapist.  “Kathryn was an intense, gracious learner and a wonderful teacher,” said Dr. Scott Tesoro, the owner of Sopris Chiropractic in Carbondale and Willits. Kania was a friend and former employee of Tesoro’s who eventually became more of an independent contractor before opening her own business.  According to information on the Aspen Cranial Massage website, Kania had practiced massage since 2000, graduating from the Colorado School of Healing Arts and moving to the Roaring Fork Valley in 2006. Besides craniosacral and massage therapy, she also offered other healing services involving lymphatic drainage therapy, sports therapy, Thai yoga massage therapy and somatic trauma resolution.  “On a personal level, she was fun-loving, enthusiastic about whatever she was doing, and I never once heard her complain about anything,” Tesoro said. “She was a very petite woman with intense, protruding blue eyes. When she looked at you, you knew it. Her eyes added a level of intensity to her.”  Kania grew up in Owego, New York, and has one brother, Michael, and two sisters, Annette and Carolyn. A friend of Kania’s from New York, who did not want their name in the paper, said she was extremely outgoing and that “everybody knew Kathy.”  Tesoro said Kania had returned from a trip to Africa recently.  “I’m pretty sure she taught a class on some type of healing bodywork while she was there,” he said. “That’s the type of person she was, always willing to help. Here in the valley, Kathryn was very involved in the community of bodyworkers. She enjoyed getting out in the public and working events like the Mountain Fair in Carbondale.”  The preliminary investigation revealed Kania “was standing in the right lane of eastbound Colorado 82 facing to the west,” the State Patrol said in a statement. “A 2003 Ford Ranger being driven by 52-year-old Dawn A. Miller of Carbondale had been traveling eastbound in the right lane of Colorado 82.  “The vehicle collided with the pedestrian in the right lane of Colorado 82, which resulted in the pedestrian being thrown off the right side of the roadway.”  Tesoro said Kania loved music and often went to shows at Belly Up in Aspen or PAC3 in Carbondale.  “I’m pretty sure she was at a show at Belly Up Thursday night,” he said. “This really reminds you of the fragility of life. I saw Kathryn on Thursday. We made plans to make a trade the following week; she’d give me a massage, and I’d do some chiropractic work for her, and that was it. The last I saw was her blue pants walking out the door. Now I’ll never see her again, just like that.”  http://mmclaughlin@aspentimes.com

Photos of her shrine are below.  Click on images to enlarge.  (All of the photos were taken by the author in February of 2017, except the one by Jason Upper.) 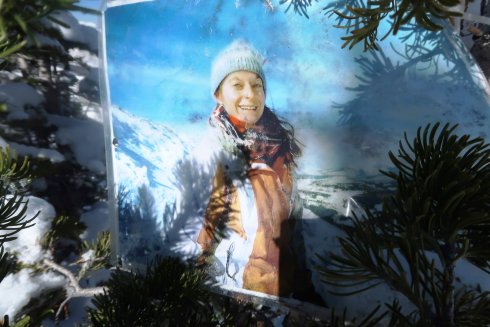 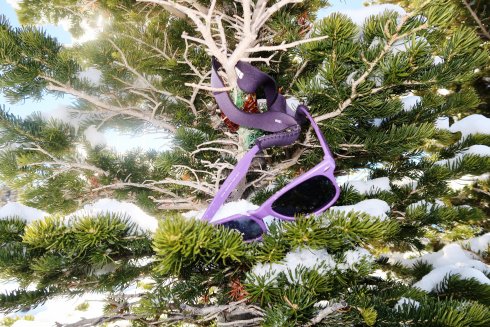 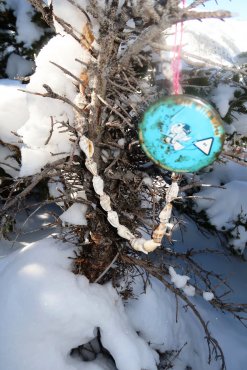 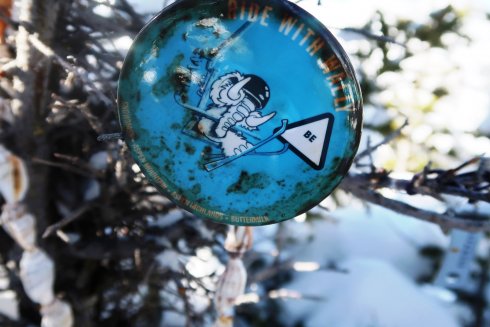 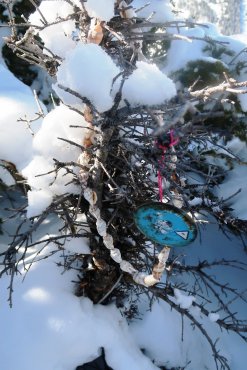 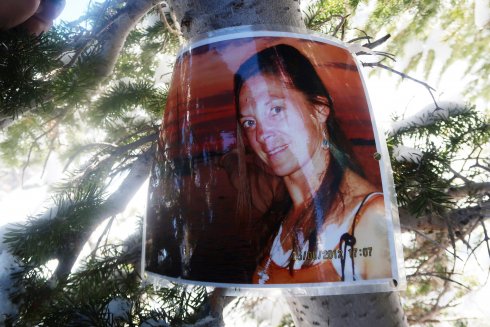 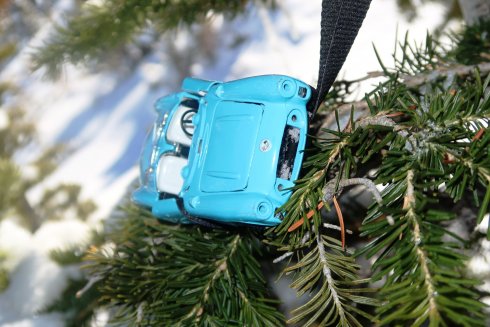 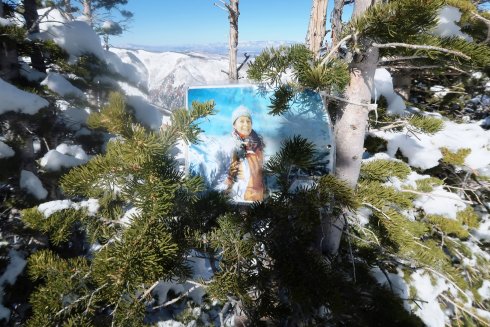 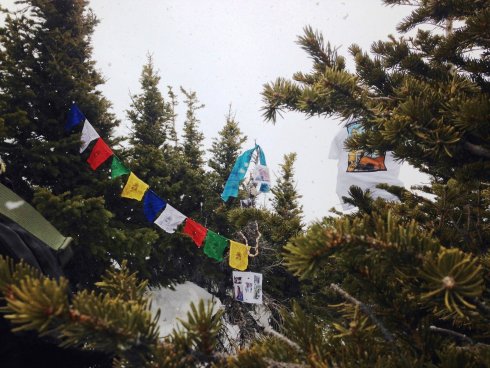 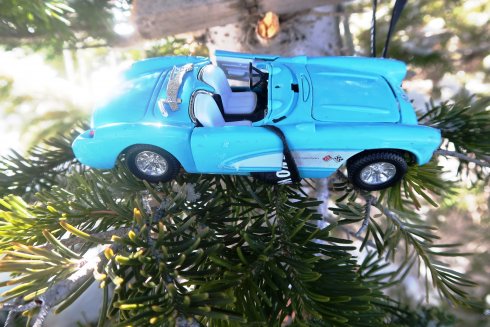 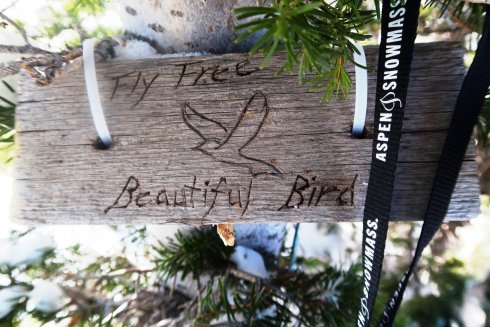 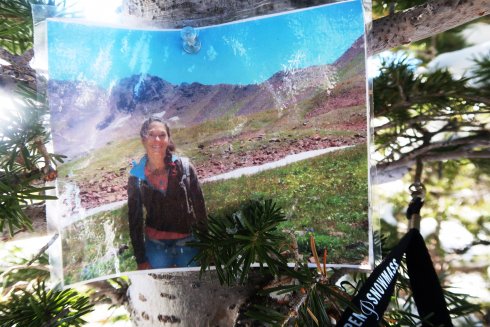 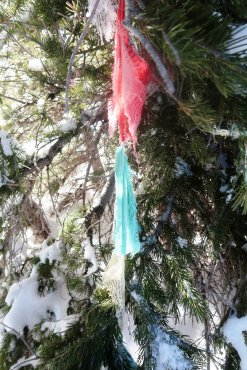 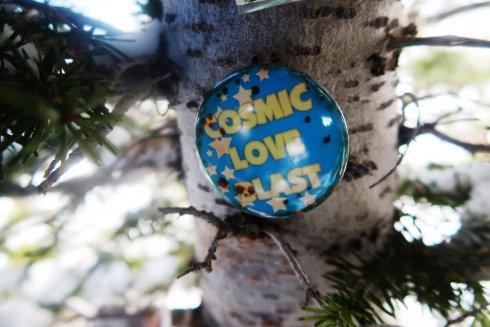