The Janice Colman Rifkin memorial bench is located near a pond close to the Burlingame/Witches Cabin on Snowmass.

A brass plaque on the bench reads as follows:

Janice Colman Rifkin
"She walked in grace and shared her warmth."

Jan's bench was installed shortly after a memorial for her was held at the site in late spring of 2003.  At the time of her death, Jan was a wife, mother, grandmother, daughter, sister and friend to innumerable people, as well as skier, tennis player, biker, and golfer.  She had a great sense of humor on the golf course as well as at the Trashmasters Charity Golf Tournament.

Janice volunteered her time for the benefit of the Trashmasters Scholarship Fund and the Trashmasters Charity Golf Tournament in Snowmass Village.  Each year the tournament makes an award of the Jan Rifkin Memorial outstanding volunteer for the tournament.  Until 2013 this award had always been given to a female.  In 2013 it was given to a male for the first time.  (In 2011 the award was given to Lisa Bugner; see copy of the page from the 2011 Trashmasters program showing Lisa's name, below.)  Susan Goldberg was named the outstanding volunteer in 2009; see photo of her below, and also the photo which shows a close-up of the award plaque.

Below is a list of those persons who have been named the Jan Rifkin Memorial outstanding volunteer:

Photos of the bench and the brass plaque are below.

If you have information or photos concerning this item that you wish to contribute for use on this site, please send to the author at AspenShrines@aol.com. 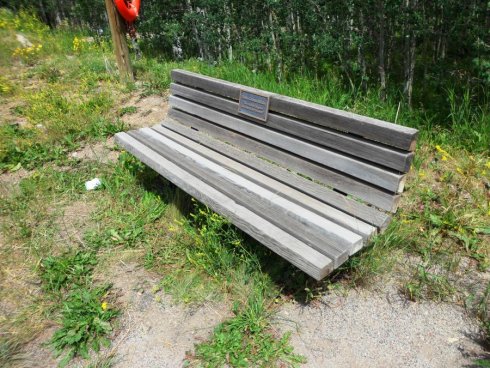 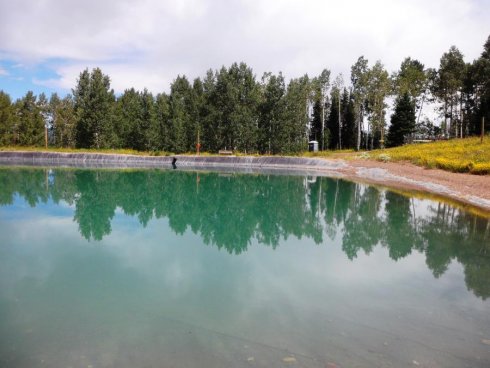 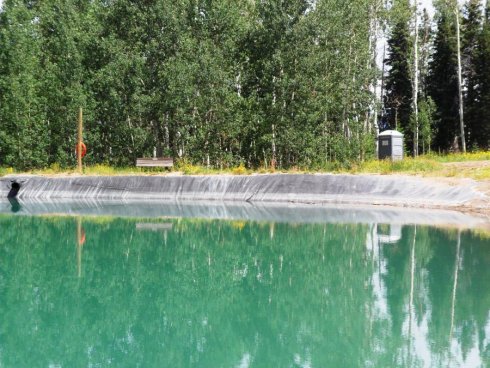 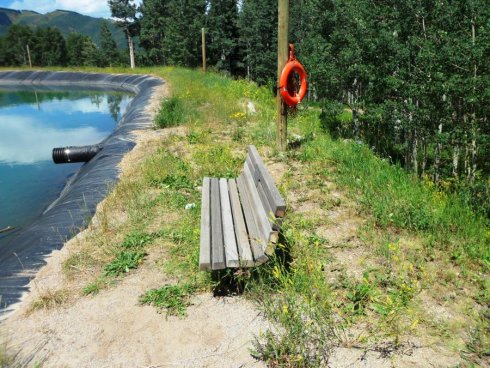 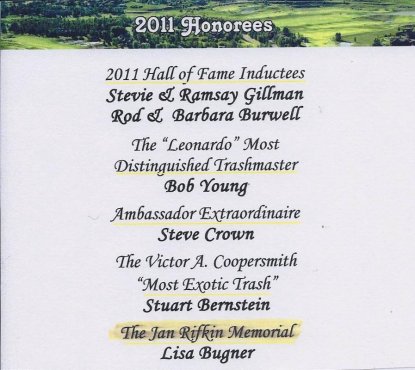 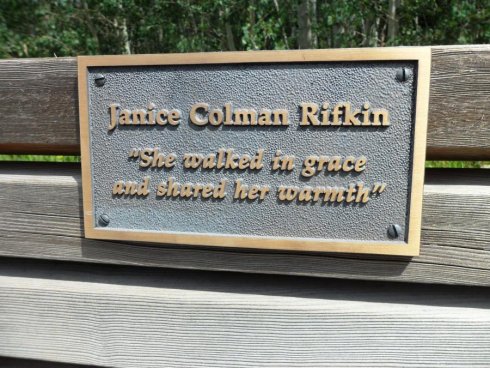 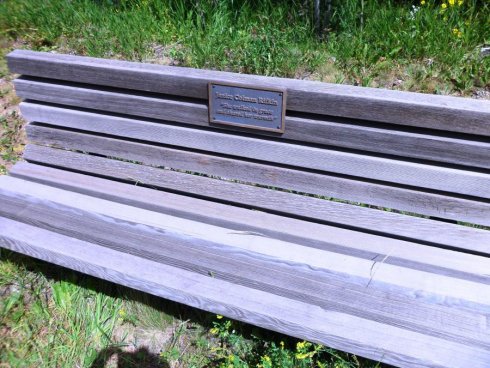 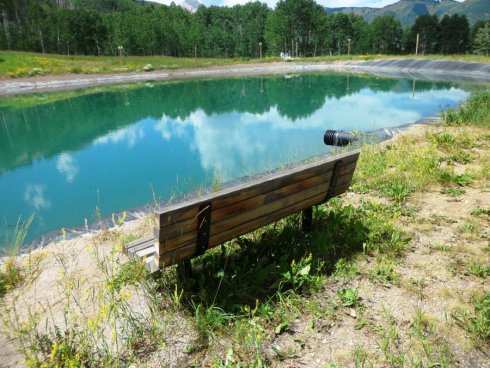 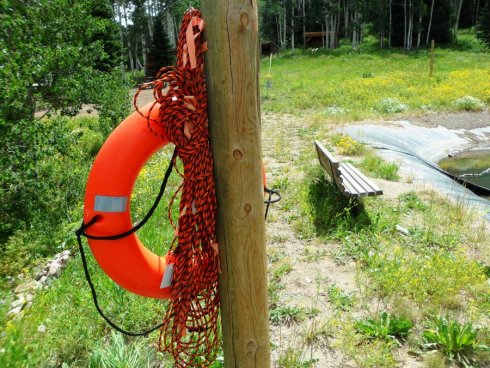 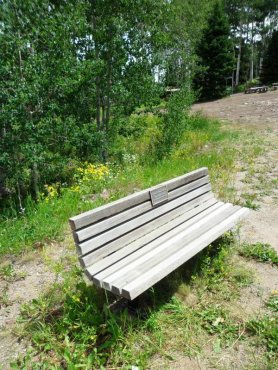 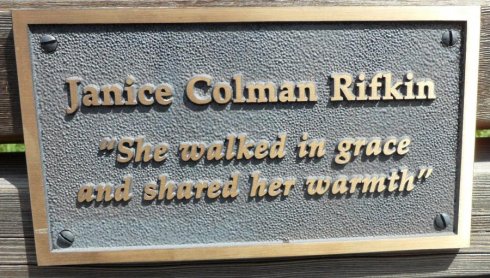 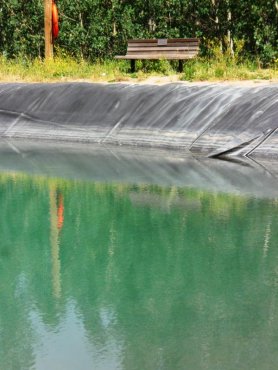 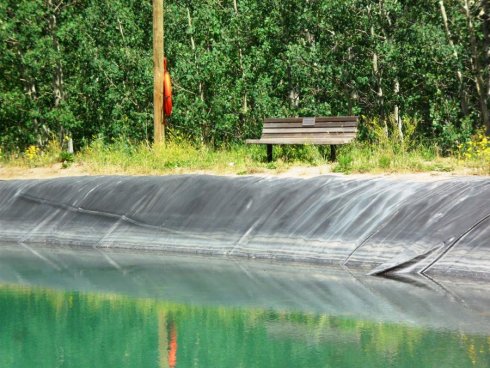 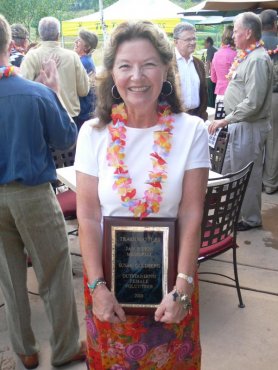 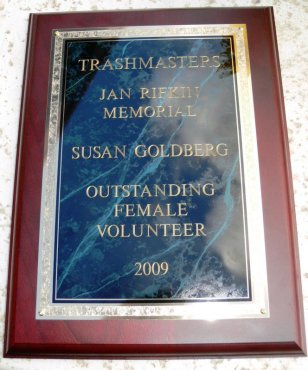 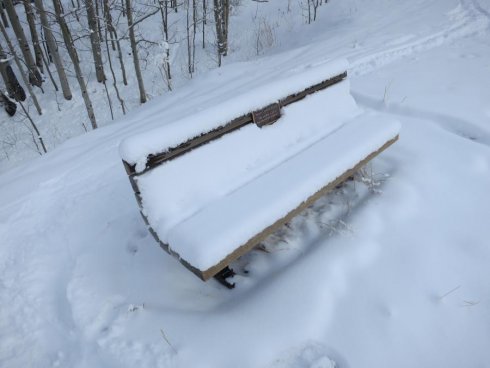 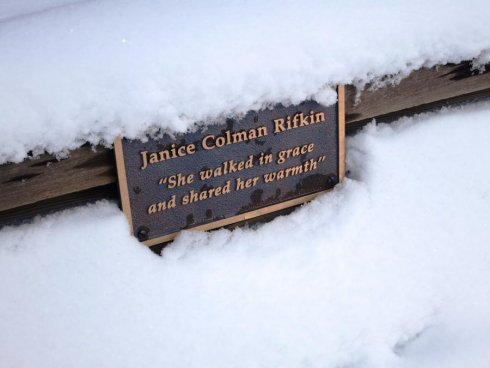