This bench has been at several different locations on Aspen Mountain.  The line is from Hunter S. Thompson's book "Kingdom of Fear" page 134.  ("At the top of the mountain we are all snow leopards.")  A photo of this page of the book is below.

This bench was part of an Aspen Art Museum exhibition; read more about it in the following quoted Associated Press article that appeared in the Summit Daily News on May 31, 2010, "Memorial benches in Aspen part of Thompson exhibit."
"ASPEN - An exhibition honoring renowned author Hunter S. Thompson is calling attention to a little-known moratorium on memorial benches in Aspen.  About a dozen memorial benches inscribed with quotes by Thompson are being placed around the resort town as part of the Aspen Art Museum's exhibition titled "Restless Empathy," which opens June 24. The benches include quotes by Thompson such as, "Call on God, but row away from the rocks," and "Nightmare in La-La-Land."  City park officials say they have run out of room for new benches. About 80 memorial benches have been installed since the program began in the 1970s. The last memorial bench was installed in 2006 and a waiting list of people willing to pay $3,500 for a bench has grown to about 90."  https://www.summitdaily.com/news/memorial-benches-in-aspen-part-of-thompson-exhibit/

This is a quote from this Aspen Art Museum page, http://old.aspenartmuseum.org/archive/archive_restless_empathy_artists_projects.html:  "Lars Ø. Ramberg’s project uses the late journalist Hunter S. Thompson as a platform for addressing the concept of empathy. Thompson was a longtime Aspen resident who ran for Sheriff in 1970. He committed suicide at his home in nearby Woody Creek in 2005. Ramberg has created memorial benches for Hunter S. Thompson based on the standardized memorial benches commonplace throughout town. The benches are installed throughout Aspen, each including quotes from Thompson that add up to a larger text characteristic of what Ramberg terms Thompson’s “warm anarchism,” and upending the sentimentality associated with memorializing."

Photos of the bench are below; click on the images to enlarge them. 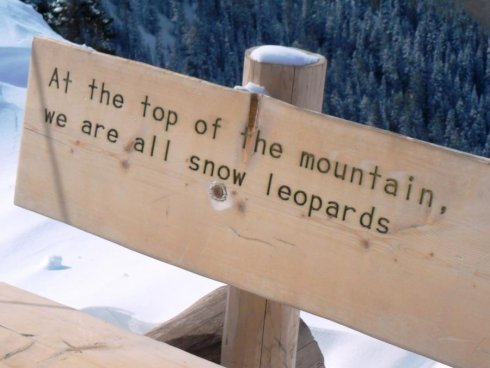 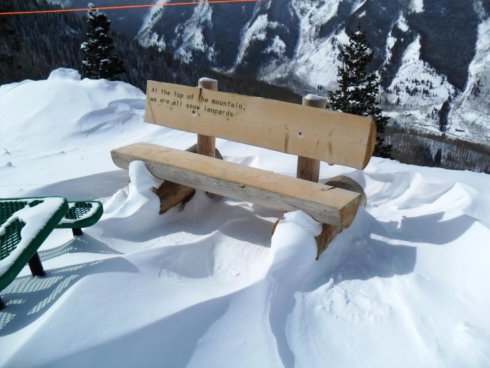 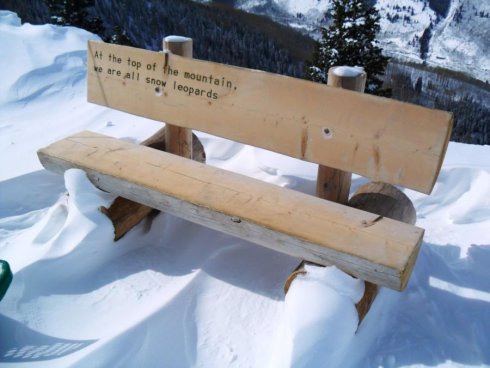 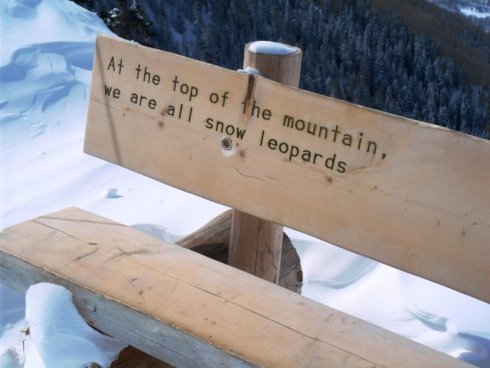