Henrik Brusletto passed away on November 8, 2013 (see his obituary which is below).

Inside the Snowmass Ski Instructors' locker room on the mall are some memorial items for Henrik.  See the 6 photos below, which were taken on February 15, 2017 (click on images to enlarge): 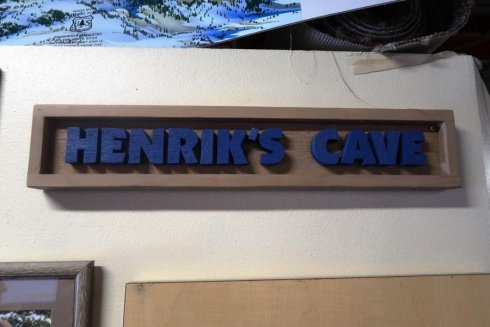 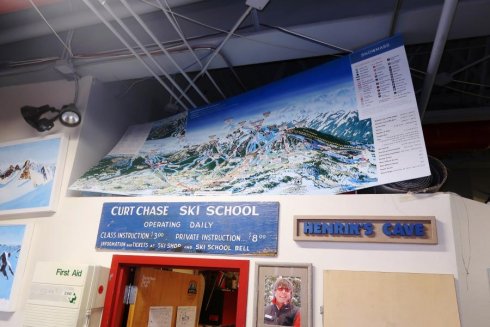 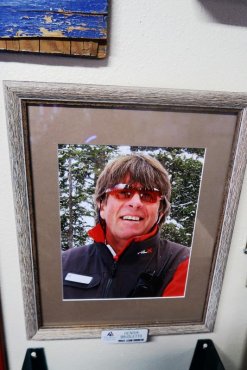 This photo of Henrik by Kelly Beairsto 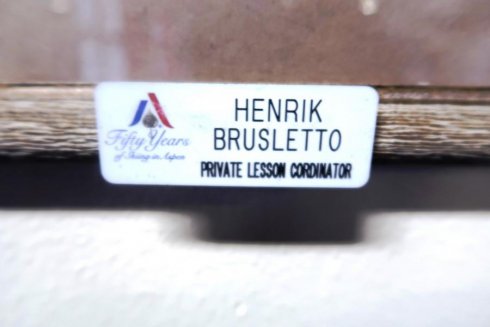 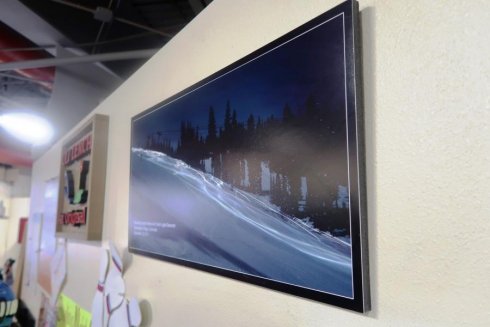 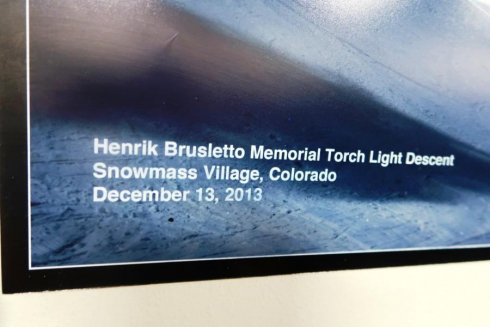 This Henrik Brusletto Bell is in the Ski Patrol Shack on top of Elk Camp at Snowmass (behind the Wapiti Wildlife Center).  Written on the bell is:  "Henrik Brusletto 02.15.46 - 11.08.13."  These bells were given to the attendees at his memorial service.  Photos of the bell are below (click on them to enlarge). 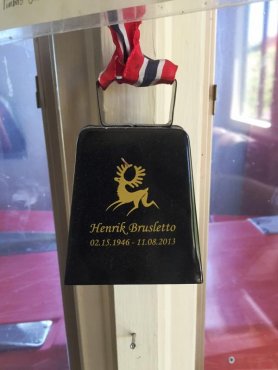 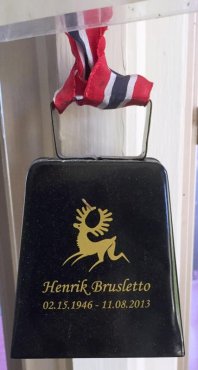 Henrik Brusletto, 67, of Geilo, Norway, passed away Friday, November 8th surrounded by love in his home in Snowmass Village, Colorado. Henrik is survived by: his beloved sister Marita Brusletto of Gjøvik, Norway; nephew Lars & wife Christine & daughter Sigrid of Oslo, Norway; son Rolf Brusletto & wife Lora of Denver, Colorado; daughter Kristi Hoffman & husband Jamie of Ham Lake, Minnesota; and his amazing four grandchildren who brought such pride to his life, Alex Donnelly, Karina Brusletto, Torin Hoffman, and baby Wyatt Hoffman. Henrik was preceded in death by his father Ragnvald and mother Maila.  Henrik was born on February 15, 1946, and was raised in the small ski town of Geilo, Norway. He moved to the United States in the fall of 1966, as a spirited 20 year old to teach skiing in Sugarbush, Vermont with Stein Eriksen’s team. After a year in Sugarbush, they all moved to Colorado to open the ski school during the inauguration of the Snowmass Ski Area on December 16, 1967. Henrik quickly made lifelong friends in his new home and was a solid presence in Snowmass until his last days. He worked as a Private Lesson Supervisor on Snowmass as part of his 46year tenure with the Aspen Ski Co.  Summers were spent part time in his native Norway with friends, family, and tending to the family business. Brusletto & CO has been making knives for over 117 years and Henrik frequently gave them as gifts. In Colorado, he would work various construction jobs, golf, and could often be found hiking the Rim Trail, where he loved to view the Snowmass Valley on top of the YinYang terrace.  Henrik loved the simplicity of life in the mountains: pride of which he passed on with passion to his friends, family, and countless strangers. To Henrik, everyone was a VIP and treated them as such. He would often help a friend or lend a hand whenever needed. In the last year and half, he received unparalleled support from his friends and family for which he was genuinely grateful. He was truly surrounded by amazing and wonderful people.  A celebration of life will be held at the Elk Camp Restaurant, located within Snowmass Ski Area, on Friday, December 13th. For more information, please visit the following website: HBMemorial.com.  In lieu of flowers, donations may be made to Henrik Brusletto Memorial Fund at any Alpine Bank location. Funds will be used for medical expenses, and the rest will be donated to Aspen Valley charities.  May you find him in the powder on Campground, the groomers on Sam’s Knob, taking in the view on Elk Camp, in the valley of Mt Daly, and in each and every bluebird day that he so cherished.  http://www.aspentimes.com/entertainment/8987941-113/henrik-brusletto-snowmass-norway