The Harvey's Rock sign is on Aspen Mountain. The rock was named after Harvey T. Carter, who was born on September 30, 1930 and died on March 15, 2012.  He was a climbing legend who claimed more than 5000 first ascents.  He was known for first ascents of three of the four famed spires at Fisher Towers northeast of Moab on River Road.  He was the founder of Climbing magazine in May of 1970 and sold it two years later to Bil Dunaway, former owner and publisher of the Aspen Times newspaper.  He started climbing in 1949 and taught climbing to Fort Carson troops from 1952 to 1954.  From 1957 to 1979 he was on the Aspen Mountain Ski Patrol.  He once said, "There's two kinds of climbing, first ascents and everything else.  And everything else doesn't really count."  His nickname was "balls."  He had this to say about the four segments of his life:  "I got a college degree, which I figured I had to do; I got a job on the best ski patrol in the world--that was lucky; I got the more first ascents in the world--that was stupid; and if I get this done (a ski area development on Pikes Peak) it's the last thing I'm doing."  He was fired from the ski patrol in 1979 for skiing closed areas of the ski mountain.  He could not resist skiing areas of the Dumps even though they were closed.  He was famous for skiing off a rock on Aspen Mountain that became known as Harvey's Rock.    For more on Harvey, see these two articles:  1.  "Pioneer, Legend Harvey T. Carter Dies"  http://www.climbing.com/climber/pioneer-legend-harvey-t-carter-dies/ and 2.  "Harvey's Hands" https://gazette.com/news/harvey-s-hands/article_8abedfa3-9f67-5c04-b0e9-115dae1046b0.html
If you have any information about this item that you would like to share for use on this page, please send to the author at AspenShrines@aol.com.
Thanks to Margaret Wilson Reckling for contributing the four photos shown below.  For more photos, see this Facebook photo album (you do not need a Facebook account to view the album):  https://www.facebook.com/media/set/?set=a.623052717766696.1073741907.100001859201674&type=1&l=13984437aa. 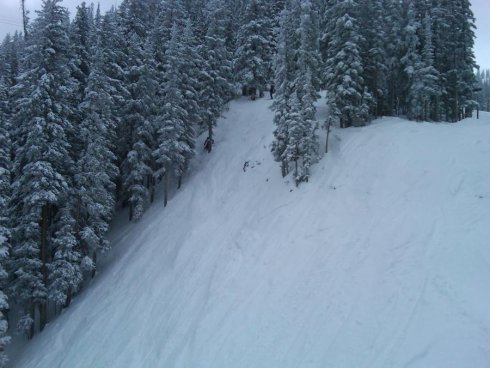 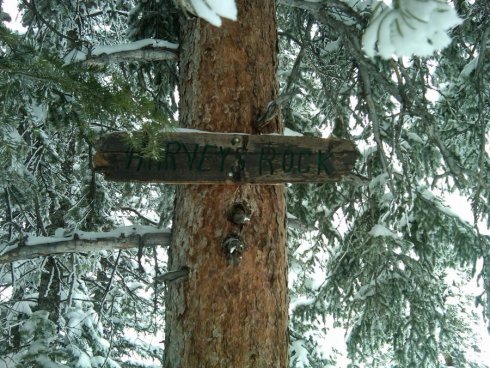 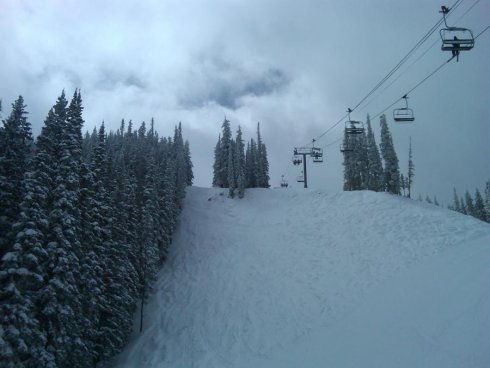 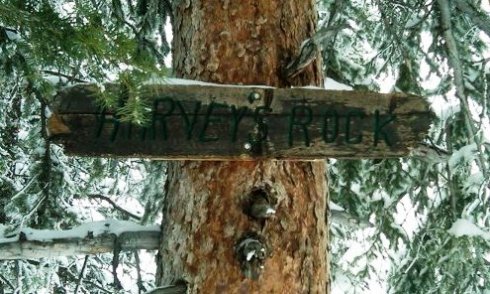