The Eric Evans Box plaque is attached to a rock near the Naked Lady run at Snowmass.  Eric Evans Box was killed the day after Christmas in 1986 when he hit a rock in this area while skiing.  He was 17 years old.  In addition to the brass plaque mounted on the rock, there is also a wreath hanging from a nearby tree branch.

The brass plaque contains a poem that Eric wrote just a few months before the accident, and reads as follows:

In December 2010 the author received the following communication from the wife of the ski instructor who witnessed Eric's accident:

"Regarding the Box plaque on Naked Lady, it was my husband who saw the accident and Eric died in his arms.  (My husband) is a current and 32 year Ski School veteran and at the time was only in his early years at Snowmass before transferring to Highlands years later.  I remember him telling me about it soon after I moved to Aspen to join him in the 90/91 ski season.  He was guiding his class down Naked Lady when he heard the sound skis make when they're very close together--kind of clacking sound.  He saw Eric go up to the left and jumped a powder covered rock.  His skis stopped and his body kept going with his head hitting a boulder below.  He started making what (my husband) calls 'wild noises' so he went immediately to him.  He still had a pulse and was breathing and from his EMT training knew that a victim can still hear even if they appear incoherent.  He talked and talked, encouraging him and trying to speak calmly.  Ski Patrol was called while (my husband) sat there holding his head.  Eventually foaming red blood appeared and (my husband) remembers the exact moment he felt the muscles in his head relax and said it felt like life leaving him. ...(My husband) had to go back to his horrified and waiting class through a large gathered crowd while Patrol continued to administer CPR. ...It affected (my husband) profoundly as you can imagine having a young man die in your arms.  He just now told me, 'the suddenness of the impact was memorable to me and the thought that at one minute you can be having the time of your life and...the next minute it's lights out. ...'   The compelling part of the story is the quick thinking and compassion of a young man who through his sense of duty and EMT training dropped everything to be on the spot immediately.  I'll never forget (my husband) telling me this story 20 years ago and showing me the spot.  There are some things that leave an indelible impression in your heart and mind. ...Sincerely, (name omitted), Aspen Highlands Ski School."

In December 2011, a family member informed the author that Eric was studying at the New Orleans Center for Creative Arts and was an actor and a comedian.  "He was also the most caring young man anyone could hope to have in their family." 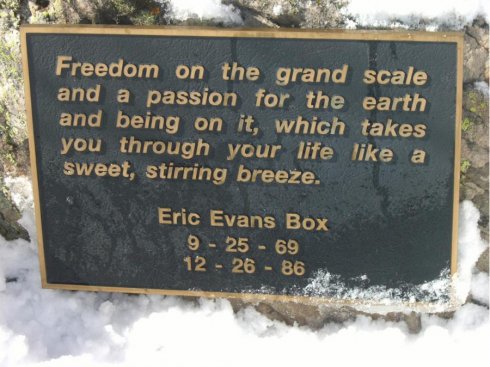 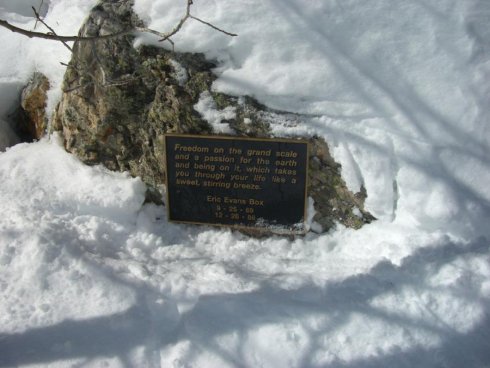 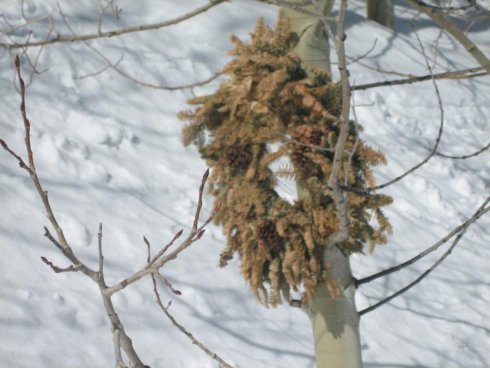