As of the beginning of the 2018-19 ski season, a Herbert Bayer wood pile tapestry was on display in the Elk Camp restaurant on Snowmass.  It was the fifth offering in the Elk Camp restaurant of the Aspen Art Museum and the Aspen Skiing Company for their "Art in Unexpected Places" program.  It replaced the Sarah Cain Mural, "Mountain Song."  This tapestry was donated to the Aspen Institute in 2016 by the Comcast Corporation, and this was its first public display in the Roaring Fork Valley.  It appeared as part of "Bauhaus 100:  Aspen," a celebration of the centennial anniversary of the Bauhaus school of design, which began in 1919 and ended in 1933.  In 2019 this mural was taken down, and was not replaced by any other mural.

Photos of the Bayer tapestry, taken in December 2018, are below.  Click on images to enlarge. 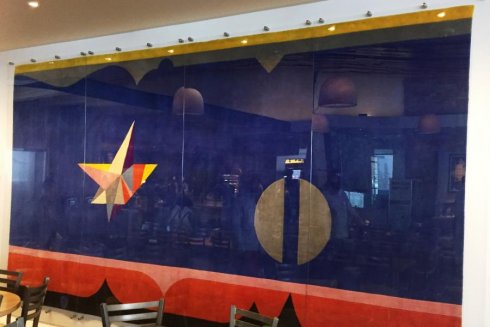 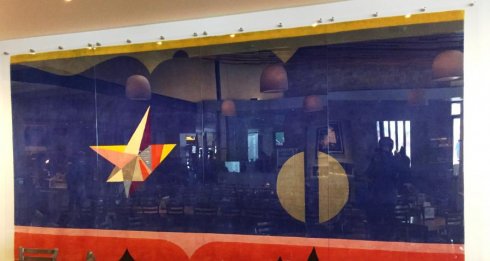 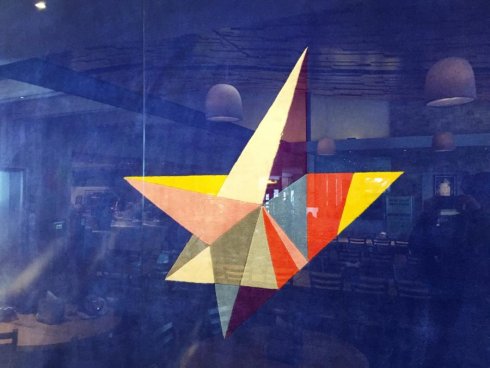 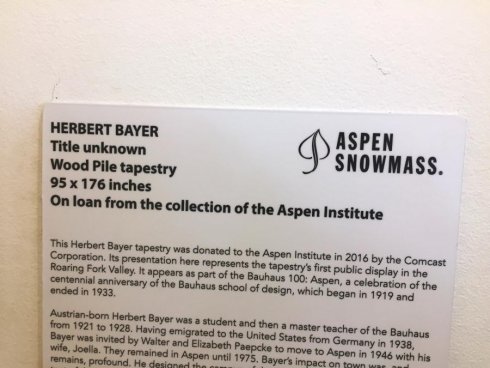 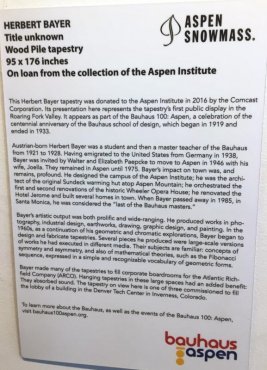 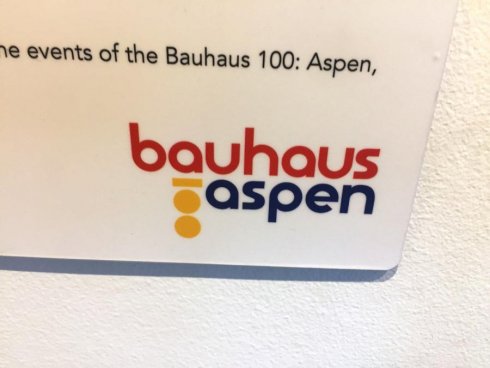