The Draper Cabin/Burnt Mountain Cabin is a warming hut that, as of 2017, had been used for over 30 years by backcountry skiers on Burnt Mountain.

According to an article in the August 28, 2014 Aspen Times by Scott Condon, the U.S. Forest Service was studying whether to demolish the hut.  Here is the link to the article:  https://www.aspentimes.com/news/forest-service-considers-demolishing-burnt-mountain-cabin/ The first photo below appeared with the article.  Photo credits for other photos are shown below. 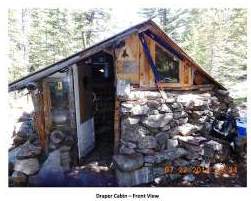 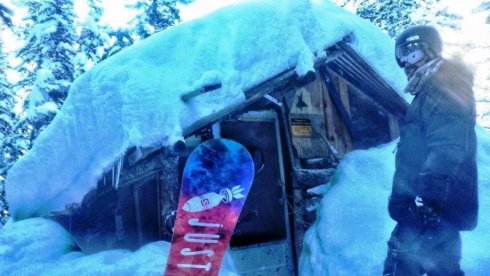 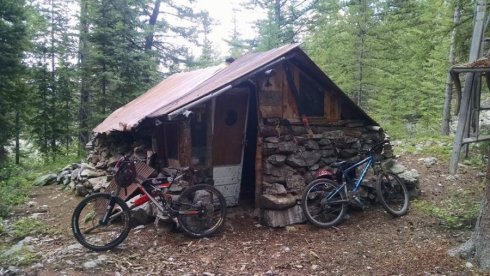 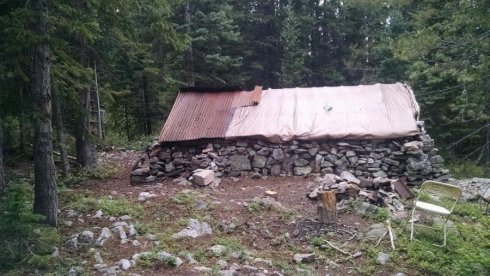 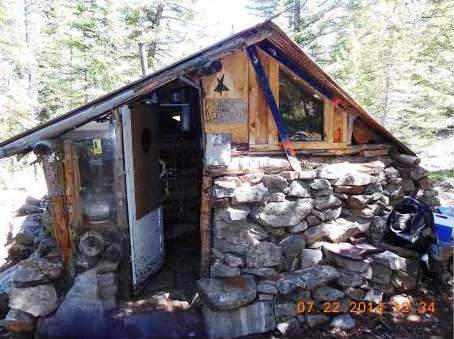 These two photos were part of the Aspen Times article below.  Click on images to enlarge. 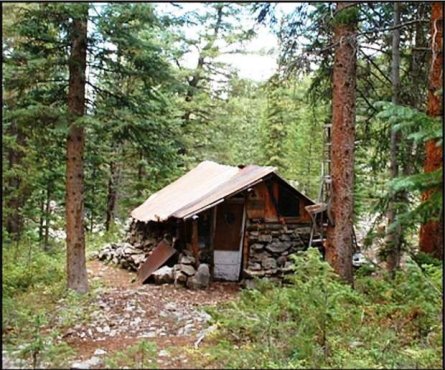 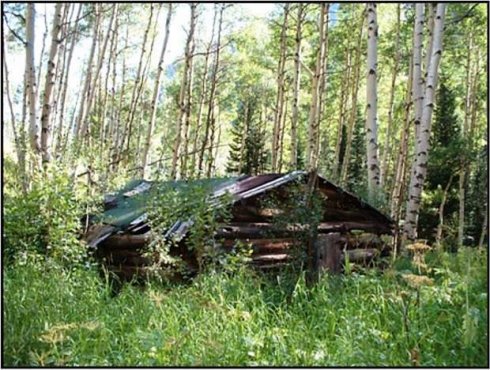 Larry Frederick has spent considerable time exploring mining ruins and artifacts in Aspen's backcountry and said he agrees with a U.S. Forest Service plan to tear down six shacks this summer.  A historian who volunteers extensively with the Aspen Historical Society and has immersed himself in studies of Aspen's mining and ranching history, Frederick said the targeted cabins have been altered to the point where they have lost their integrity.  "There's nothing around there of historical value anymore," he said.  If people had left historic resources untouched it would be a different story, he said. But the original miner's cabins were altered decades ago.  The alterations, destruction and removal of artifacts are a product of the sheer numbers of people hiking, biking and traveling in the backcountry.  "We've loved it to death — the same old story," Frederick said.

The Forest Service will implement what is labeled the Greater Aspen Abandoned Mine Lands Safety Closure Project. Crews will dismantle three cabins and two outhouses near the ghost town of Ruby, one at Snowmass Ski Area, one at Warren Lakes on Smuggler Mountain and one in Conundrum Valley.  The agency has a legal obligation to make sure any structures in the national forest don't pose a safety hazard, Aspen-Sopris District Ranger Karen Schroyer said. The Forest Service doesn't have the funds to maintain the cabins, especially if they don't have historical significance.  The National Historic Preservation Act requires resources targeted for demolition be assessed for historical significance. The Forest Service commissioned an independent study by Mountain States Historical, a firm from Lafayette, that concluded the structures don't qualify for national or state historical registries.  Portions of every cabin except the one at Warren Lakes date back to the late 1880s or early 1900s. But in every case they were altered by major additions — in the 1970s, '80s and '90s.  "All inventoried resources are recommended not eligible because of insufficient integrity and/or significance," the report concluded.  Frederick read the report and concurred with the conclusions on each cabin.  Schroyer said the cabins might have "historical value" even if they aren't eligible for state or national historical designation. Therefore, she said, she found a compromise decision that will allow original wood components to be left on site at three of the cabins. The walls will be dismantled down to 3 feet, with all windows and doors removed.  The idea is "to leave a trace of historic building components, if possible, for gradual deterioration so visitors can enjoy and ponder the local history while visiting their public lands," Schroyer's decision said.  The materials of three other cabins aren't worth scattering on site and will be removed, according to the decision.  "In this particular case, I think the Forest Service has come up with the best solution," Frederick said.  Other people disagree. In a reader comment attached to an earlier story about the planned demolition of the cabins, M. Bridget Bielinski wrote, "That's a shame. Those structures add to the sense of place in those areas. Too bad the Forest Service can't get some sort of waiver from its obligation to keep those structures in 'safe and good condition.'"  The Forest Service has played a critical part in helping preserve historical sites around Aspen. It was a partner with local entities to preserve historic structures at Independence and Ashcroft ghost towns.  Outside of those areas, not many mining-era artifacts still exist around Aspen — certainly not to the extent that they do in the San Juan Mountains, Frederick said.  "There are a few surprises here and there," he said.  Nature takes its toll, he noted, and scrap iron collection drives during World War II and probably World War I stripped many mine sites of their artifacts.  Funding for the project will come from a state of Colorado program to seal mines and demolish unsafe structures on mining lands.