This plaque was attached to one of the logs at the log structure/platform approximately half-way down the Gunner’s View run, on the left side, at Snowmass, but is not there anymore.  It disappeared sometime in 2007.  It seems that plaques put up in this area do not last long; someone takes them down.

"In Memory of
Dee Dee Langley
A beautiful daughter,
wonderful sister
and loving mother.
We Love You and Miss You.
Your Family"

In a December 2008 e-mail to the author, the brother of Dee Dee Langley, Randy Langley, said that the Langley family had skied Snowmass for over 30 years, and that this log structure was one of their favorite family gathering places when skiing Snowmass.

Photos of the plaque are below.

The article below about Dee Dee Langley appeared in the Orlando (Florida) Sentinal.com on December 7, 2005.  https://www.nydailynews.com/os-xpm-2005-12-07-llangley07-story.html

CLERMONT -- Dick Langley, chairman of the Lake County Republican Party and a former state senator, remembered his daughter Dee Dee on Tuesday as a kindhearted woman who loved nurturing animals.

"She always was willing to help anyone -- whether it was animals or humans," Langley said.

Dickie Marie "Dee Dee" Langley died Saturday after the GMC sport utility vehicle she was driving overturned on State Road 52 in Pasco County, according to the Florida Highway Patrol. She was 43.

Milton H. Foley, 45, of Oldsmar, who was riding in the passenger seat, was also killed.

According to reports, the accident happened just after 1 a.m. west of the small community of Pasco.

FHP investigators said Dee Dee Langley's SUV was eastbound on S.R. 52 when it drifted onto the right shoulder, went across Rice Road and then overturned. Langley and Foley, who were not wearing seat belts, were thrown from the vehicle and died at the scene.

Dee Dee Langley recently purchased more than 80 acres of ranchland in Brooksville, where she kept 10 horses and a cow she named Sara, along with other animals, her father said. Dee Dee also had several acres near Howey-in-the-Hills where she kept several more horses and animals.

Born in Gainesville and reared in Clermont, Dee Dee developed a love for animals at an early age, adopting a variety of them -- including monkeys, sheep, pigs, cats and dogs, her father said.

"I don't think you could name an animal that we didn't have," Dick Langley said.

He recalled his daughter once found a dead opossum on the side of the road, with four baby opossums alive nearby.

"We ended up raising the little opossums," he said.

After graduating from Clermont High School in 1980, she attended Florida Southern College.

She later became a real-estate investor in south Lake County.

Dee Dee Langley also is survived by sons Richard Chase Marker and Jesse Ray Marker, both of Brooksville; her mother, Mary Charles Denison of Homosassa; brothers Richard Langley Jr. of Los Angeles and Randall Langley and Ryan Langley, both of Clermont; and sisters Stephanie Weinard of Longwood and Jackie Christianson of Apopka.

Arrangements are being handled by Becker Family Funeral Home in Clermont. 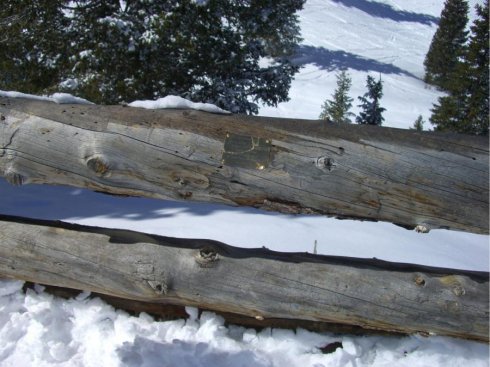