There are two David Bowie Shrines on Aspen Mountain.  He died on January 10, 2016.  The first 14 photos below (taken in March and April of 2016, and also April of 2019) are of one of the shrines, and the last two photos are of the other one.  (More photos are needed of the second one; if you have any to contribute, please send to AspenShrines@aol.com)  Thanks to Fred Jötten and Tim Bonner for the photo contributions.  Thanks to Nick Lewis for his help with the information on this page.  Click on images to enlarge. 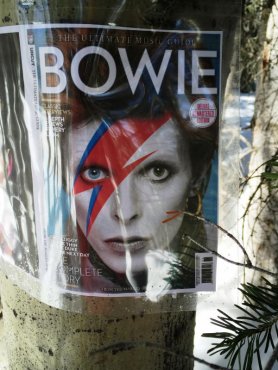 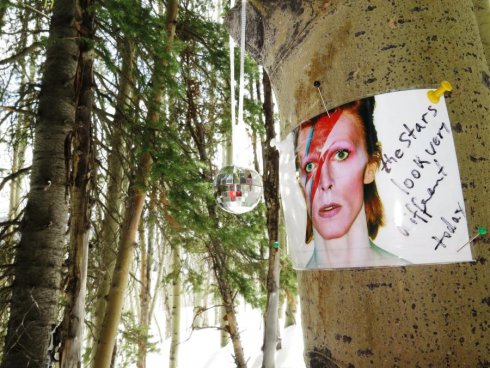 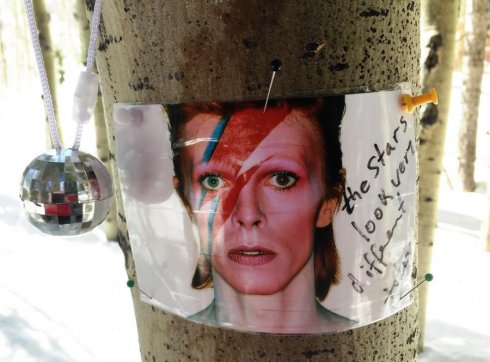 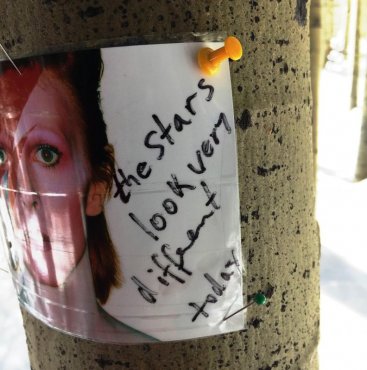 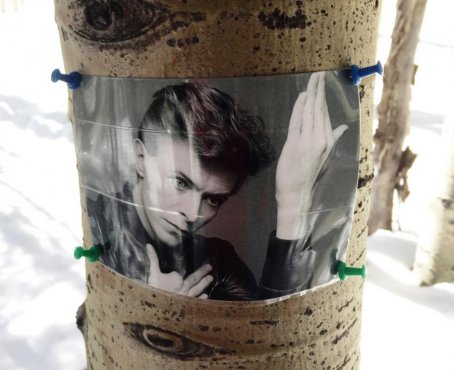 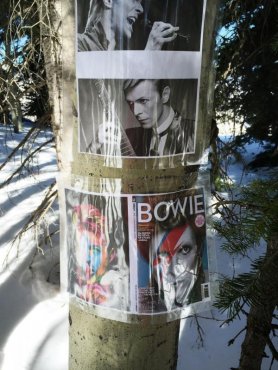 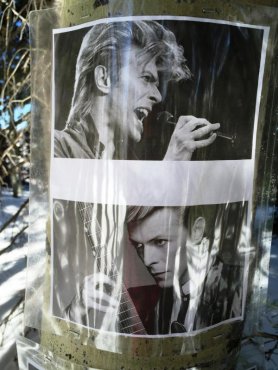 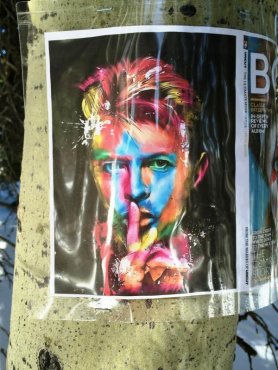 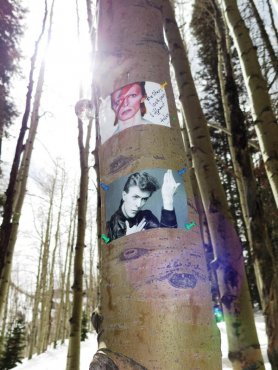 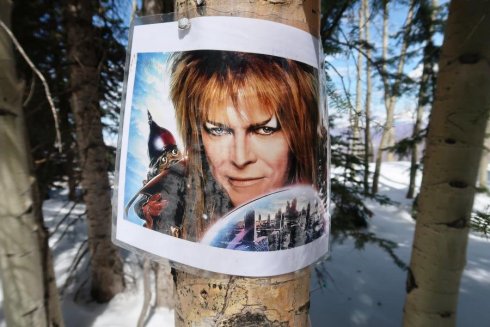 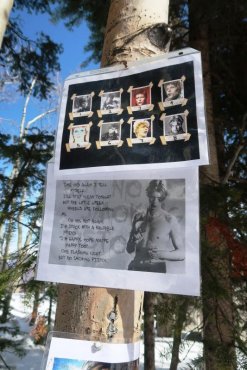 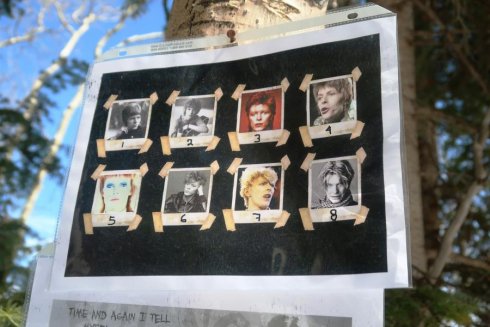 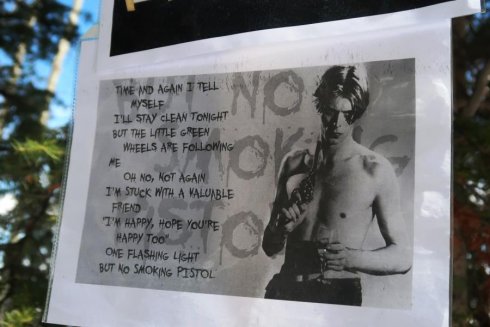 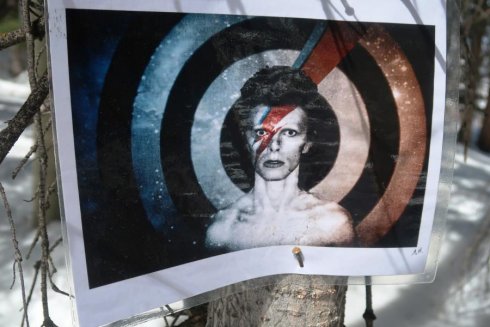 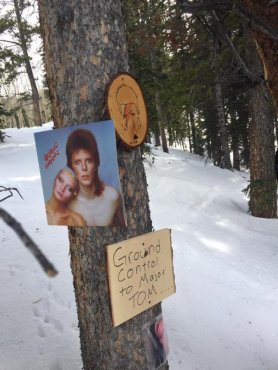 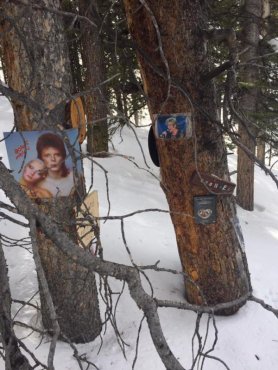