This bench is located on the Snowmass Mall in Snowmass Village, and has been there since 1998.

Carved into the back of the bench is:

"In memory of our good friend Dan Kos."

There is also a brass plaque attached to the bench which states:

Two photos of this bench are shown in the photo section immediately below.

Many thanks to Dan's parents, Joe and Dianne Kos, who supplied the author with the following information in an e-mail of March 2, 2013:  Dan was born in Cleveland, Ohio, and grew up in the Cleveland suburb of Brecksville.  He graduated from Brecksville-Broadview Hts. High School in June, 1989.  He graduated from Michigan Tech in February of 1994 with a degree in Forestry.  Joe and Dianne were skiing Snowmass during March 1994, and saw a job opening for the Town of Snowmass on the Green Team/Summers.  Dan applied for the job and started early season working.  After the summer, he got a job driving a truck for the Town of Snowmass.

In February 2016 the original bench started to fall apart, and was replaced by a new bench in March 2016.  See below for photos.  The new bench was made by Custom Log Furniture & Designs of Colorado, Joseph Maison, 52 Pottery Ln, Carbondale, CO 81623.

(There is also a bench dedicated to Dan Kos in a park in Brecksville, Ohio.  See the section below containing information on this second bench.) 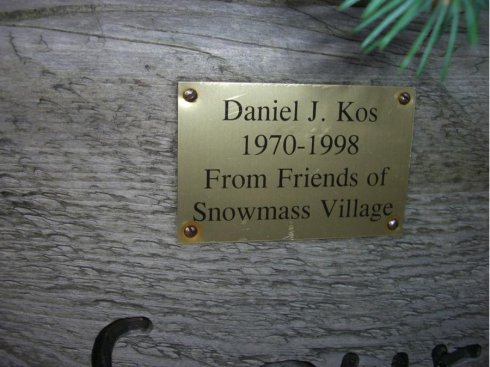 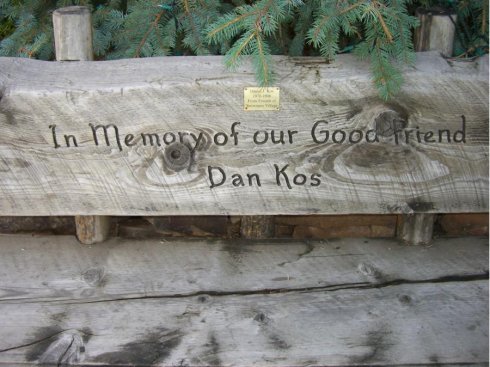 In February of 2016 the original bench started to fall apart (see first 2 photos below) and was replaced with a new bench (see last 4 photos below) in March of 2016. 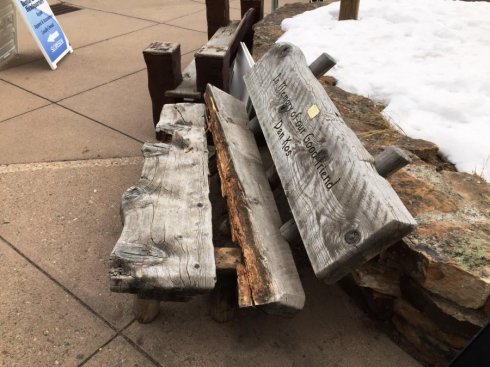 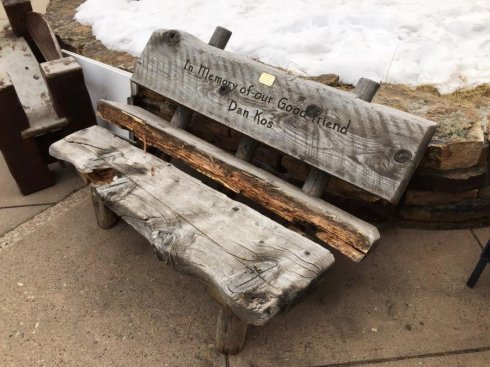 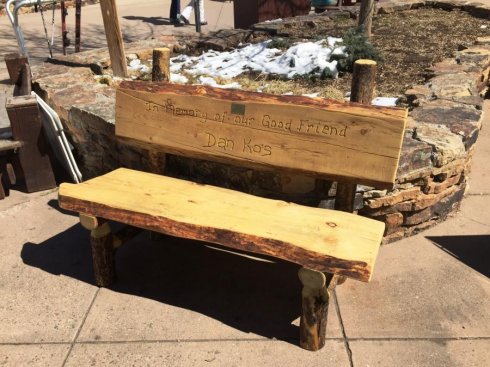 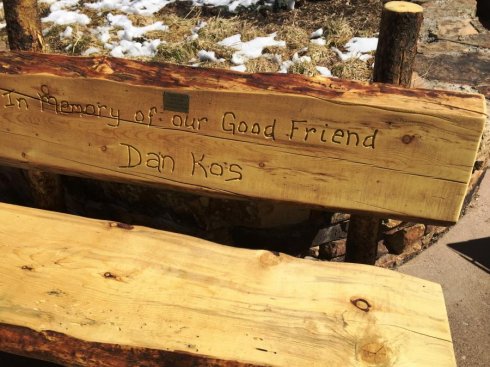 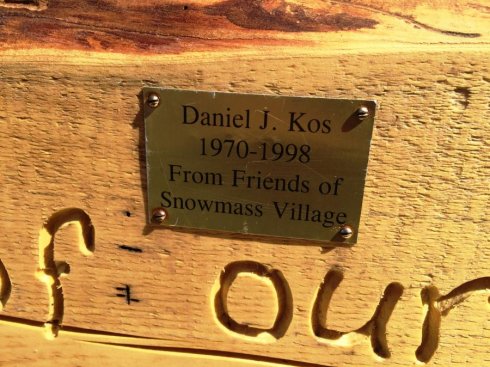 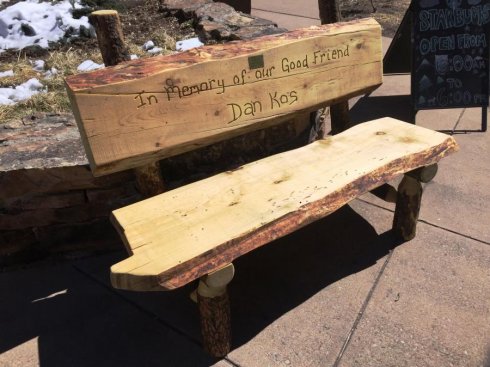 This section and the photos below pertain to the Daniel J. Kos memorial bench in Brecksville, Ohio.

In a park in Brecksville, Ohio (Brecksville Metropolitan Reservation) there is a wooden memorial bench dedicated to Dan Kos. Carved into the seat-back of the bench is this: "For Smilin' Dan, The Nature Man." There is also a metal plaque attached to the bench, reading as follows: "Daniel J. Kos, 1970-1998, From Friends of Brecksville-Broadview Heights High School." Three photos of this bench are below. Thank you to Therese Chmura for contributing this information about this bench and also the three photos.

Each year, the Brecksville-Broadview Heights High School highlights the accomplishments of its senior class at an annual awards night. During the evening, the school recognizes the students for the scholarships they have received. One of the scholarships is for the BBH Schools Foundation "Daniel J. Kos Memorial Scholarship." See this June 3, 2012 article:   https://www.cleveland.com/brecksville/2012/06/brecksville-broadview_heights_124.html

Three photos of this bench are below. 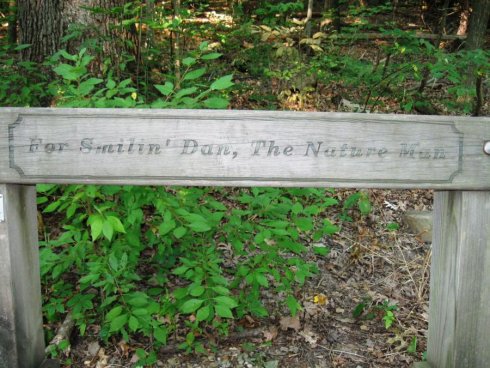 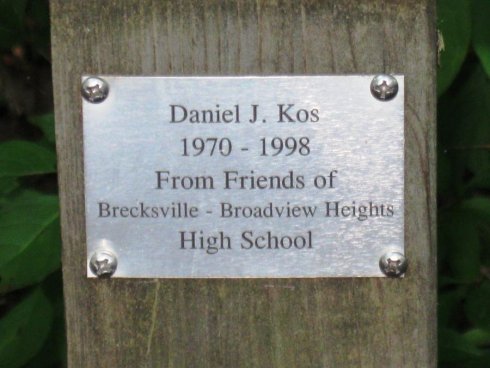 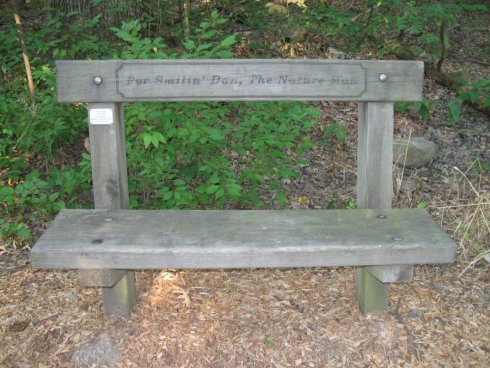