The Dale Earnhardt, Sr. shrine does not exist anymore.  It was installed shortly after he died in 2001 and was located near Ruthie’s run on Aspen Mountain.  It disappeared sometime after February 2004.

Earnhardt was born on April 29, 1951 and died on February 18, 2001, and was an American race car driver, best known for his career driving stock cars in NASCAR's top division.  Earnhardt is best known for his success in the Winston Cup Series.  He won seventy-six races, and his seven championships are tied for most all-time with Richard Petty.  He died in a last-lap crash during the 2001 Daytona 500.  His highly aggressive driving style made him a fan favorite and earned him the nicknames “Ironhead” and “The Intimidator.”  He was famous for his number “3”.  He had a third nickname, “The Man in Black”, owing to the black paint scheme in which his “3” car was painted.  (This information is from the Wikipedia Free Encyclopedia.)

His shrine contained laminated photos of him and also a very large number 3.  There was also a bench for visitors to sit on.  It was located above the Jerry Garcia Shrine.

According to Christopher Dogger Anderson, this Shrine was created by Scotty Farrell.

Photos of this shrine are below.

If you have any information about this item that you would like to share for use on this page, please send to the author at  AspenShrines@aol.com. 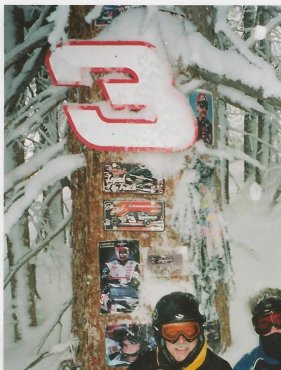 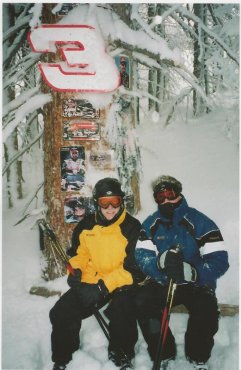 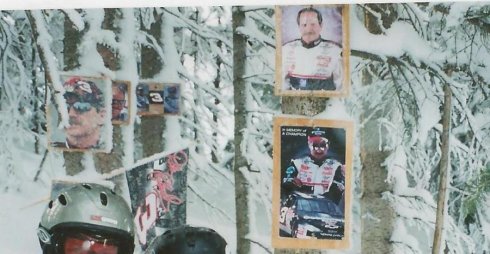 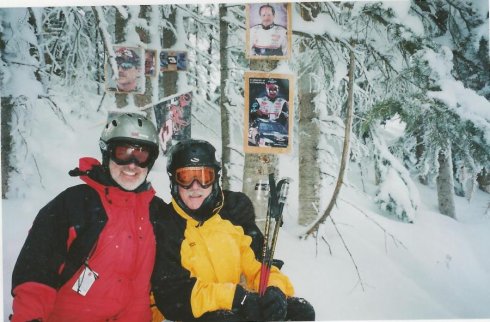 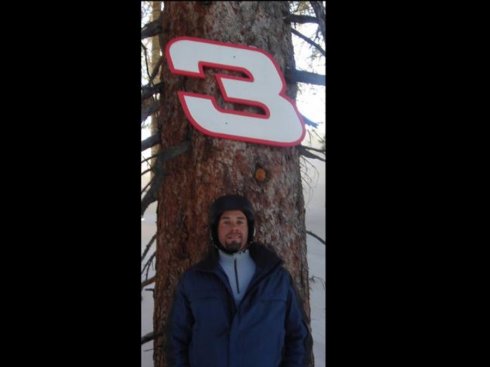