Christian Daniel Streuli died on June 1, 2008, and a shrine dedicated to him was erected by his friends on Aspen Mountain in February 2009.  The shrine consists of a sign ("In Loving Memory of STRU"), a Swiss flag, and other items.

This is a death notice that was published in the Chicago Tribune on June 4, 2008:

"Christian Daniel Streuli, passed away on Sunday, June 1, following a traumatic injury suffered earlier in the weekend. Chris was born June 5, 1961 in Zurich, Switzerland and raised in Bronxville, NY. He graduated from Bronxville High School in 1979. Chris enjoyed the outdoors and was passionate about skiing. He graduated from the University of Colorado, Boulder in 1983. He received his MBA from Keller Graduate School of Management in 1995. Chris began his 25-year career in advertising with NW Ayer in New York City. In subsequent years, he worked for renowned entities such as Time Inc., USA Today (Gannett Publishing) and the Tribune Company. Recently, Chris was promoted to National Account Manager at RedEye, a division of the Tribune Company. Beloved husband of Therese for 16 years; fond father of Allison, Christian, Jr. and Caroline; dear son of Huguette F. and the late Fritz H. Streuli; brother of Nicolas (Dianne) and Michel (Elsa); uncle of Chad, Elaine, Julia and Andreas. Visitation at Ahlgrim Funeral Home, 567 S. Spring Road, Elmhurst from 4 until 8 p.m. Thursday. Prayers Friday, June 6, 10:30 a.m. to Immaculate Conception Church. Mass at 11 a.m. Interment Bronswood Cemetery. In lieu of flowers, memorials will be appreciated for the Streuli Children Education Fund, World Vision and Doctors Without Borders. Info. 630-834-3515 or www.ahlgrim.com."  See:    https://www.chicagotribune.com/news/ct-xpm-2008-06-05-0806041455-story.html

This shrine is on Aspen Mountain.

If you have any photos of or information about his shrine that you would like to share for use on this page, please send to the author at AspenShrines@aol.com. 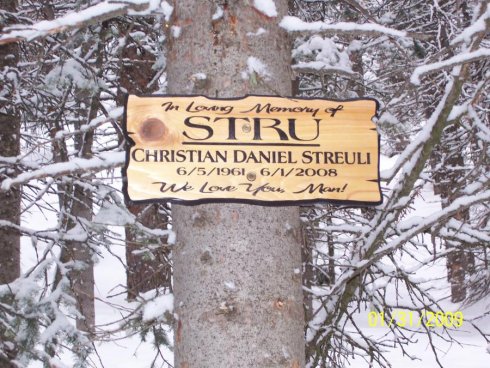 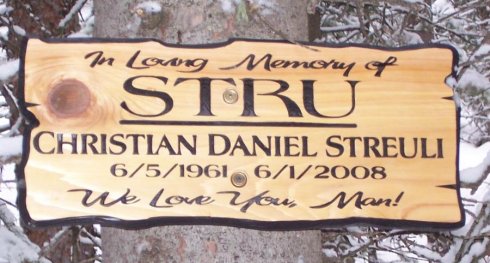 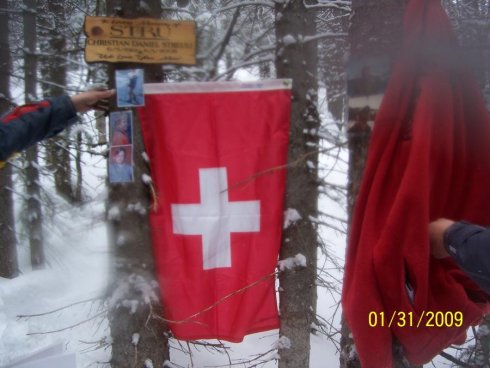 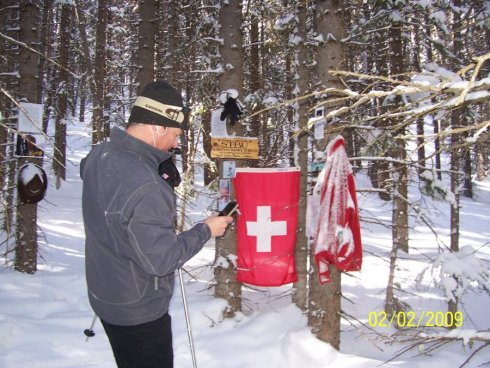 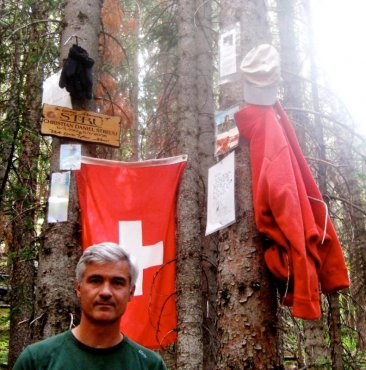 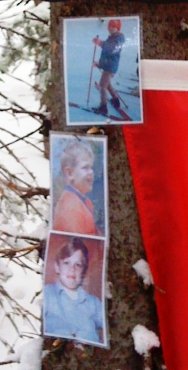 Photo credit for the three photos below goes to Hamilton Sports. See: http://www.hamiltonsports.com/gallery_specific.php?photoalbum_id=20 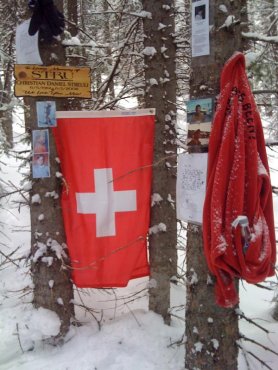 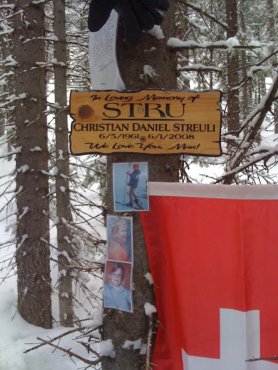 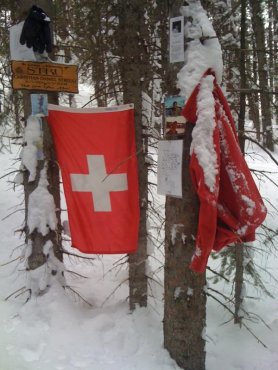 The photos in the section below were taken in November 2011. 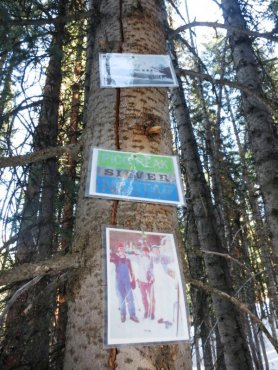 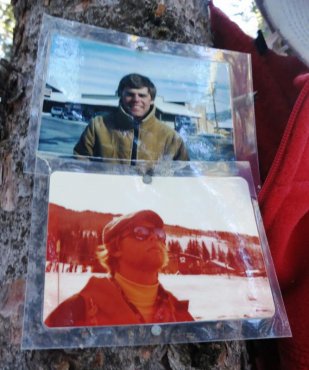 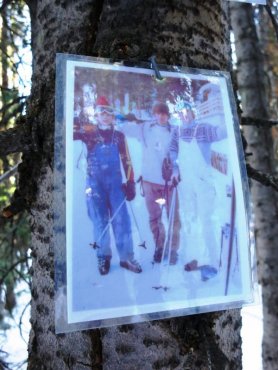 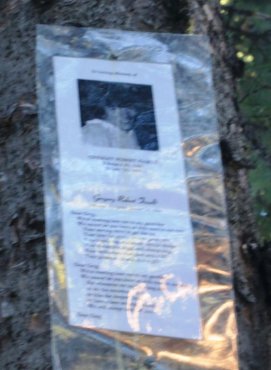 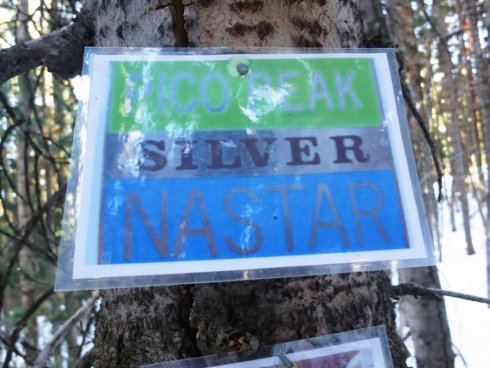 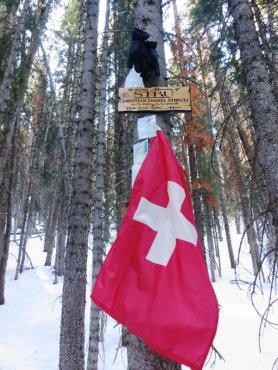 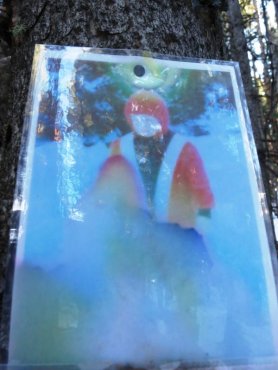 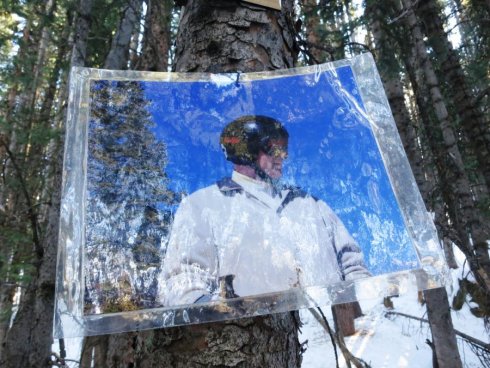 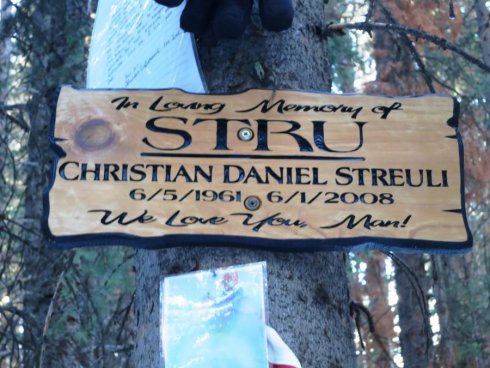 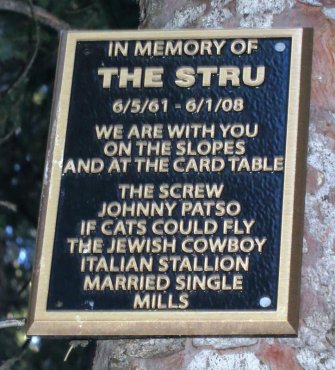 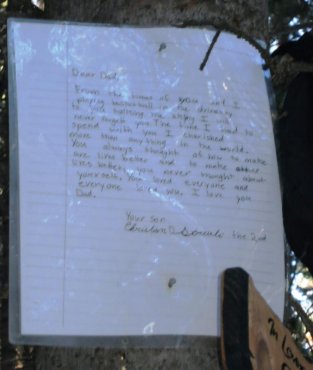 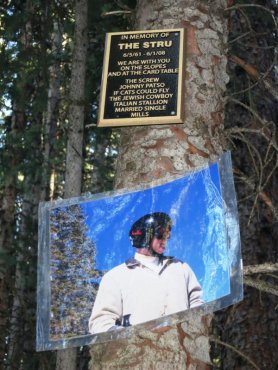 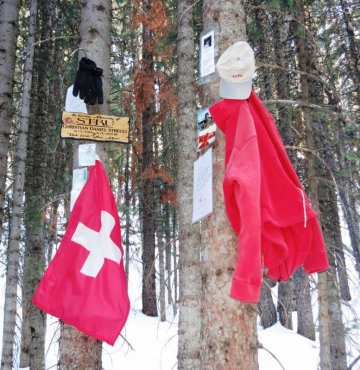 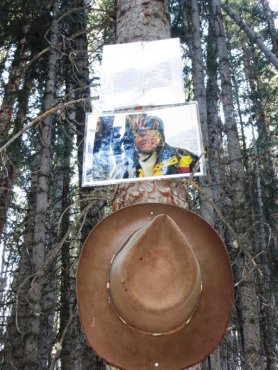 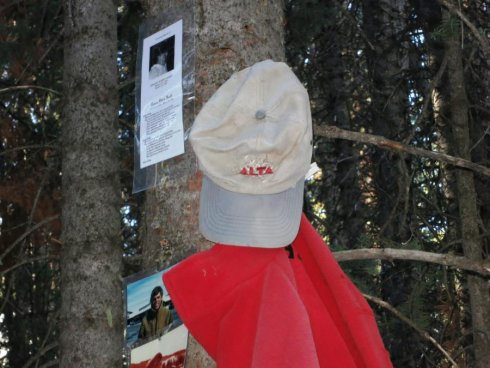 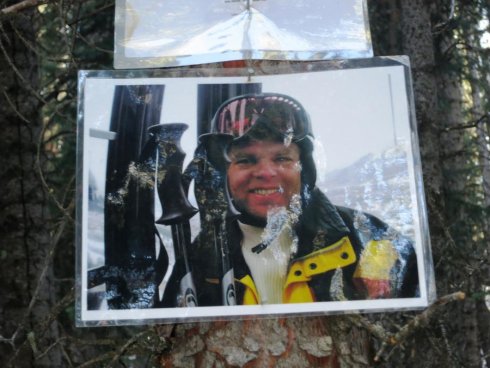 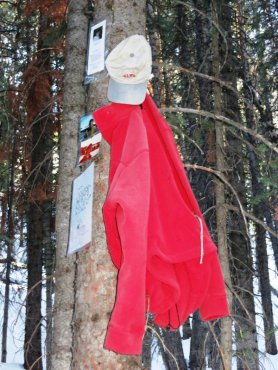 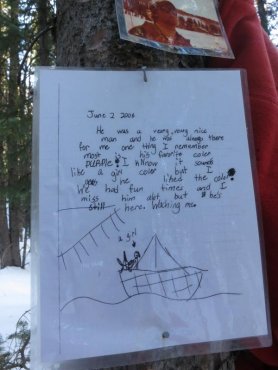 During the 2012-13 ski season Chris Streuli's K2 skis were added to the shrine.  See photo below (credit John Quinn) and click on it to enlarge it.  The skis are visible on the left side of the photo. 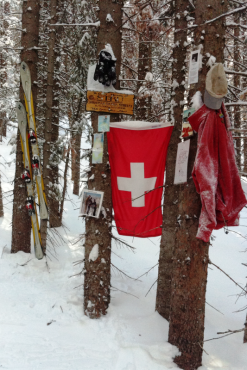