The Charles J. Wyly, Jr. Memorial Bench is in Snowmass Village in the Base Village area.

He had a home in Woody Creek, Colorado, and died in an automobile accident near the Pitkin County airport on August 7, 2011.  This from the Aspen Daily News, January 1, 2012:  "Charles Wyly.  Charles Wyly, billionaire of the well-known Dallas-based Wyly family, who lived part-time in Woody Creek, was killed in an August car crash on Highway 82.  The 77-year-old had partnered to great entrepreneurial success with his brother, Sam, in numerous fields including oil and gas development, retail and restaurants.  They also had a high profile in financially backing Republican political candidates and causes.  He had wide-ranging philanthropic projects across the country, including founding the Wyly Community Arts Center in Basalt.  “He always saw the good in other people,” Sam Wyly said at the news of his brother’s untimely death.  “He was just a very decent guy and kind.”  Wyly was making a left turn out of the private aviation area of the Pitkin County Airport onto the highway when his Porsche Targa was T-boned on the driver’s side.  He died from of his injuries soon after at Aspen Valley Hospital."   https://www.aspendailynews.com/rip-friends-lost-in/article_043fed7d-e9da-5292-a620-a2d3d89bef26.html

See this page for the Charles J. Wyly, Jr. memorial sign on this web site:  http://aspensnowmassshrines.com/index.php?the-charles-j.-wyly-memorial-sign-snowmass

Here are three photos of the bench, taken in December of 2019.  Photo credit and thanks for these go to Martha Wyly Miller.  Click on images to enlarge. 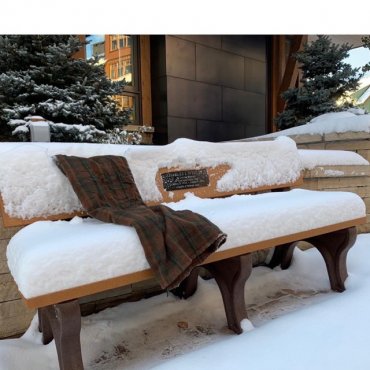 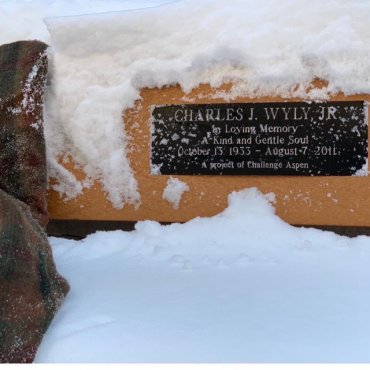 The photos in this section were taken by the author on January 5, 2020.  Click on images to enlarge. 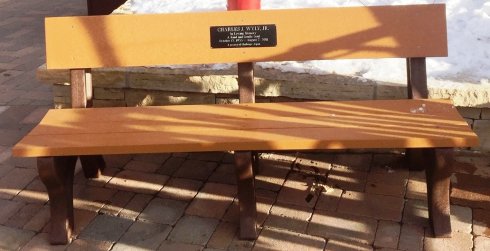 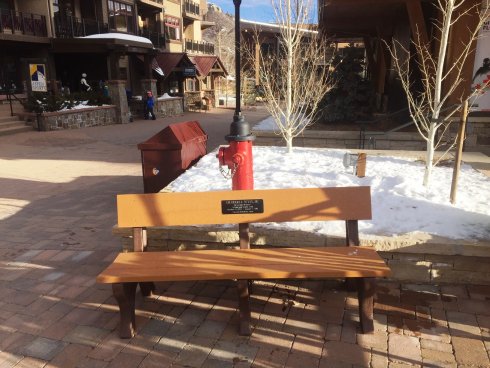 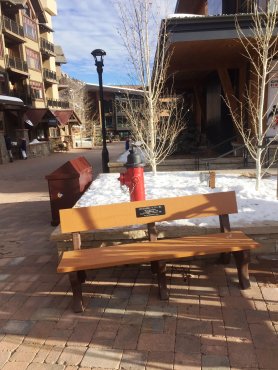 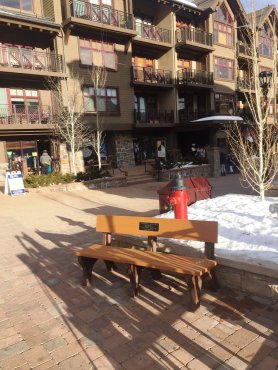 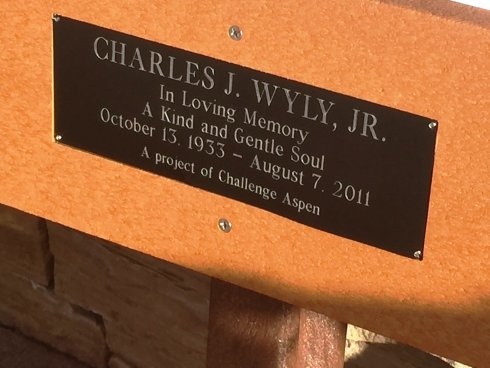 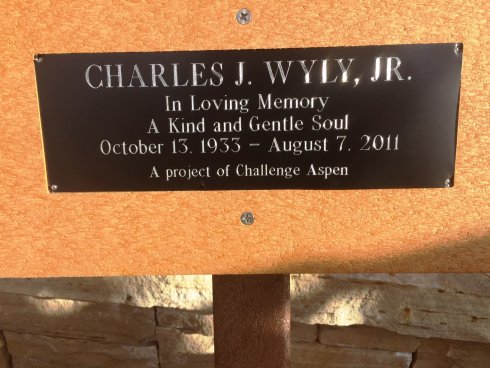