This cabin used to be shown as the "Burlingame Cabin" on the Snowmass trail map.  But at some point they quit showing it on the trail map.  Now there is a sign on the slope beside the cabin that says "Witches Cabin" (during the day ravens are known to congregate in this area; according to the local lore, these ravens become witches at night.)  This cabin is located on a privately owned parcel of land within the ski area boundaries.  Some people also refer to this cabin as the Reindeer Hut.

See this October 29, 2015 Aspen Times article by Jill Beathard about this cabin:  https://www.aspentimes.com/news/new-use-proposed-for-burlingame-cabin-on-snowmass/

Also, see this November 16, 2015 Aspen Daily News article about the cabin by Madeline Osberger:  http://www.aspendailynews.com/section/home/169016  This article contains this quote:  "The Burlingame Cabin was moved to its current site in 1985.  Prior to that it was used for years by ski school groups for picnics and by other adventurous spirits as a launching pad for daredevil ski jumps.  Two Snowmass Village councilman last week recalled jumping over the cabin in their earlier days.  “Pretty scary,” said Tom Goode.  Bill Madsen agreed."  According to Bo Bedford, the reason for the cabin move was a safety concern:  The State Tram Board required the move because of a fire hazard; if the cabin caught on fire, injury or death could result for anyone above the cabin on the Burlingame Lift.

This quote is from this December 5, 2018 Aspen Times article:  "The Burlingame cabins, for which the lift was named, were located under the lift just over half way up (now the Lynn Britt Cabin) and were originally part of the summer homestead of Mr. and Mrs. Erickson and their children Algot, Lillian, Alice, Wally and Anne in the early 1900s.  To build the cabins, the men dragged logs to the site and stacked without the convenience of horses and the floor boards also were hand hewn.  The Erickson's had a small garden and raised a few chickens and a cow though they did not actively graze cattle or grow commercial crops as did many of the year-round ranches lower down in Brush Creek.  Mrs. Erickson did, however, make butter and sell it to customers in Aspen.  During the winter, the cabins were inaccessible due to deep snow, so the family lived on Gibson Avenue in Aspen, which also allowed the children to attend Aspen High School more easily.  They sold the ranch to Pete Roberts and later on it was purchased by Dr. Robert Burlingame before becoming part of Snowmass Ski Area."  https://www.aspentimes.com/news/snowmass/history-cabin-fervor-at-snowmass/

The cabin is located near the Lunchline, Scooper, and Dawdler runs on Snowmass.  Photos of it are below.  The first four photos were taken in the winter; the rest in the summer.  If you have any information about this item that you would like to share for use on this site, please send to the author at AspenShrines@aol.com. 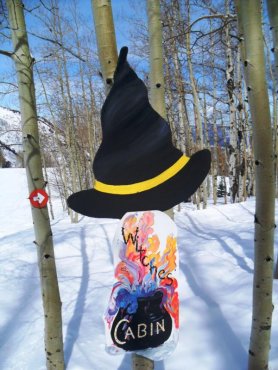 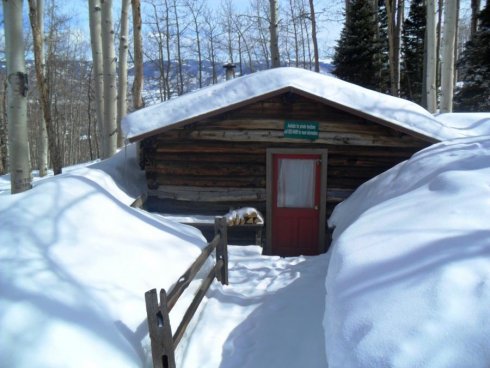 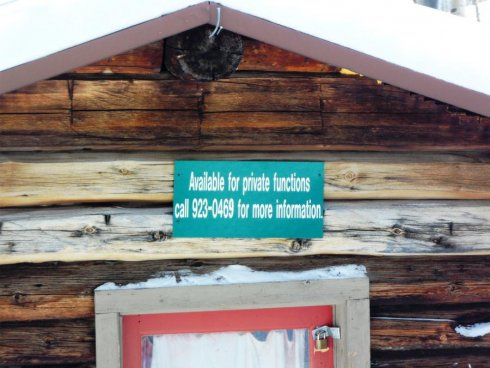 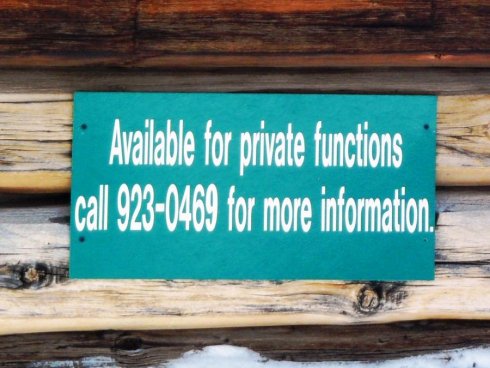 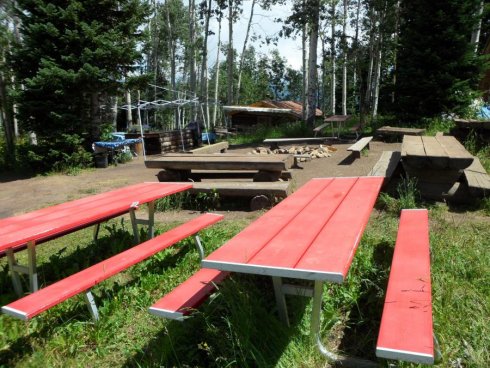 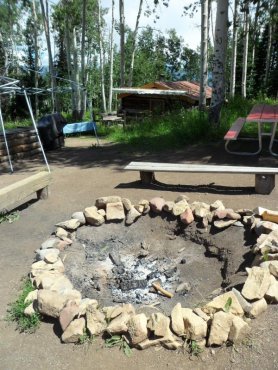 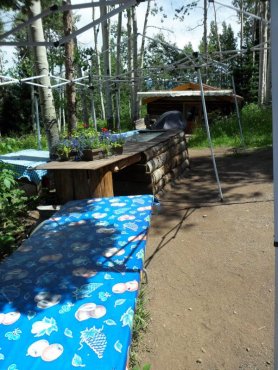 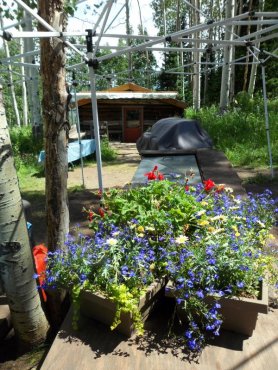 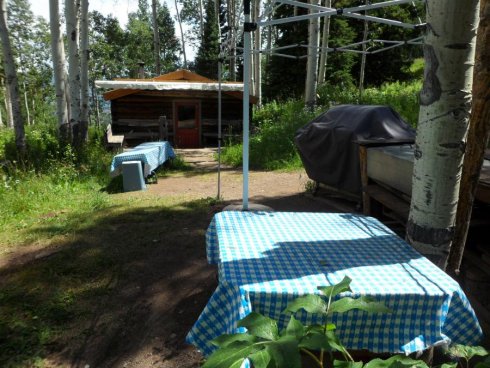 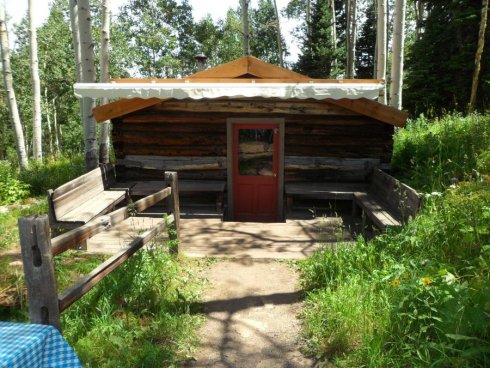 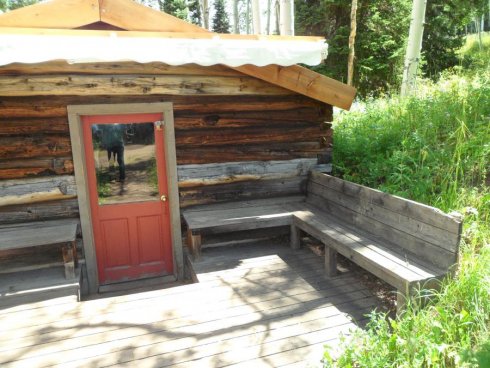 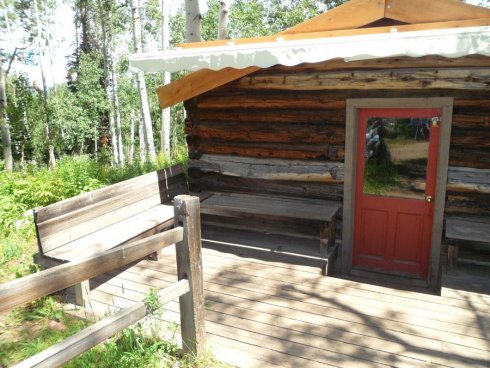 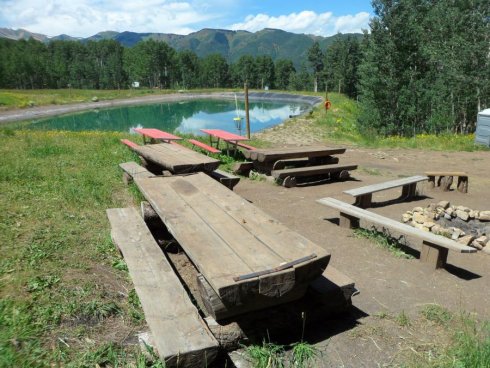 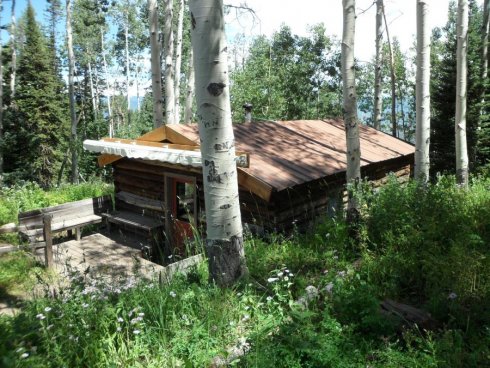 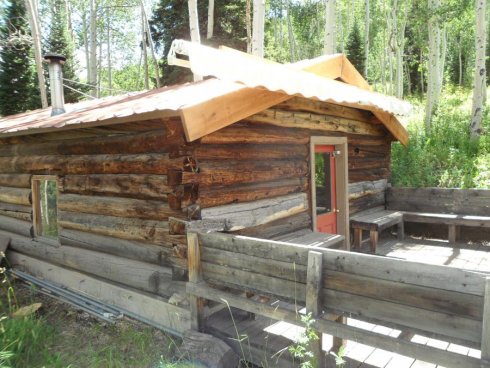 Below is a Burlingame Cabins postcard, and also a skier doing the "cabin jump."  Click on images to enlarge. 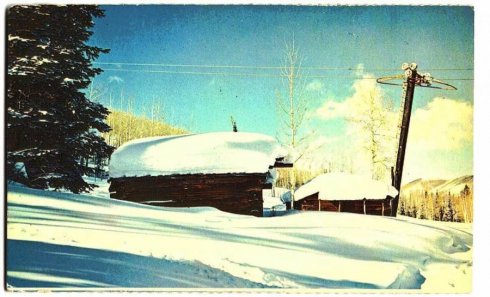 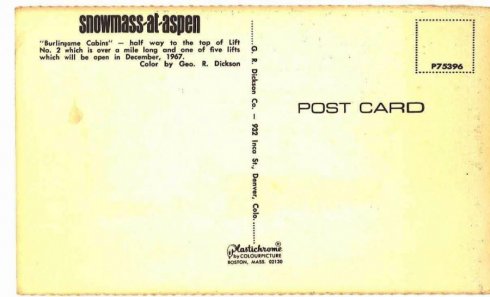 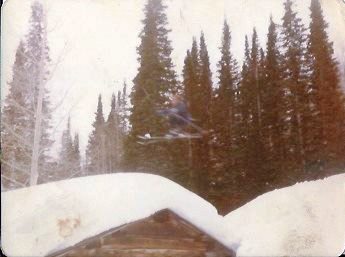