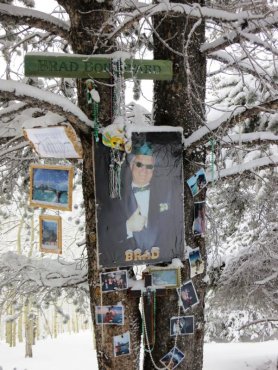 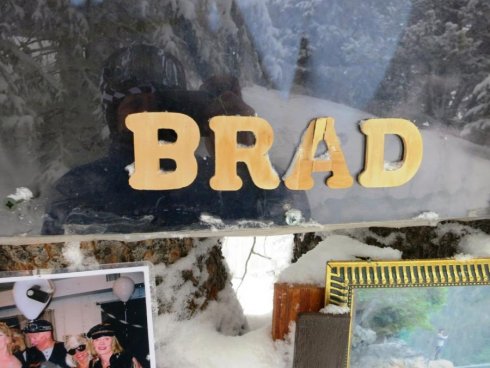 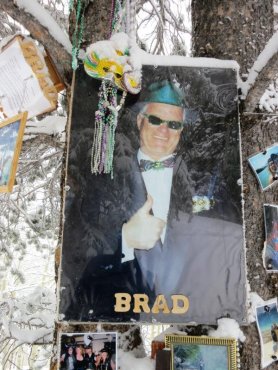 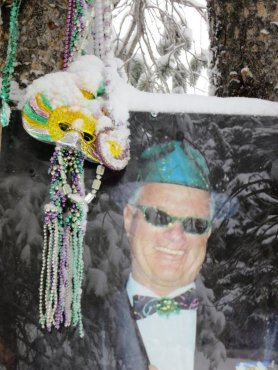 OBITUARY — Brad Carner
Apr17, 2008. Brad Carner left us on Tuesday afternoon, April 15, at his home in Woody Creek. He left his wife, lover and soul-mate, Karen Peterson Carner. And he left his three children from his first wife Kay, who died several years ago: Ned Carner of Seattle, Tyler Carner of Denver and Fearon Hall of Denver (who is having her first baby this week). And his mom, Mary Hilda Carner of Anderson, Indiana.Brad was an Eagle Scout. He graduated from Madison Heights High School in Anderson, Indiana, in 1965, and Culver Military Academy summer school. He attended Indiana State University on a gymnastics scholarship, and later Indiana University before moving to Colorado. He served in the U.S. Army from 1970-19072. He is preceded in death by his father, Herbert A. Carner.If you didn’t know Brad, then you can only know him through his friends. Here are a few thoughts from them.— “He was one of the most unique people I have ever known; so full of life.”— Another said, “I’ve known few people in my life who had as great an appetite for fun as Brad did. His almost child-like delight in dressing up for occasions was infectious. He was a kind-natured, sweet and loving guy, and his large circle of devoted friends is a testament to that. He is surely spearheading a party in heaven as we speak.” You may remember him as Batman at the Aspen Highlands closing party last week, or as the WizardBrad was born June 17, 1947 — 60 years ago. He spent his 60th birthday in Alaska with 22 of his favorite friends, camping on glaciers and sea-kayaking around Prince William Sound.He married Karen Peterson on April 15, 1993, and they lived in Denver for six years before moving to Aspen nine years ago.His life was about adventure, beginning with mountains (climbing, snowboarding, and backpacking). He was in incredible shape, always many steps ahead of his friends, whether on the mountain or leading us around the playa at Burning Man in the Nevada desert.And then there was the 100-mile trek across the Mexican desert on four-wheelers in full road warrior costume, with 15 of his favorite friends.He loved the water (sailing), underwater (scuba), and underground (caving).He was always a big-event guy. He climbed Denali, he body surfed the Roaring Fork River and kayaked Alaska. He sailed the Caribbean.He had friends everywhere, especially Aspen, Denver and Seattle.His best friend? His wife Karen (former owner of Gracy’s).An employee of Gracy’s said he enriched her life, that he made it a happy family at the store. He never failed to brighten up the day.One friend said that Brad will be remembered not just for love of life but for his lust for life, such as camping in a rainstorm without a tent, wearing only running shorts but keeping everyone’s spirits high, his appreciation for all things female and of all things fun, hikes in Aspen while discussing life and love, his love for Karen and his children and his bragging about them, his thirst for adventure while always pushing the limits, the patience and kindness he showed in teaching a 7-year-old chess, fireworks amongst the glaciers under the midnight sun in Alaska, handstands in kilts without underwear! Always making everyone laugh and bringing a smile to our faces. The list could be pages long.Another friend said Brad had a talent for “extreme creativity and adventure.” It wasn’t enough to just summit a tough mountain; Brad brought along formal wear, gourmet food and candles.We will miss Brad forever.Services will be held at Crossroads Church in Aspen, located at 726 W. Francis Street, for all who knew or loved Brad. The time will be approximately 1:30 p.m. on Saturday. At 3 p.m. we will have a celebration of his life at the Elks at around 3 p.m., with pictures, videos and stories about Brad and his life.