In January 2010 the author received the following message in an e-mail from Bob Shanahan, a dentist from Indian Head Park, IL (near Chicago):

"I’ve been skiing yearly on Aspen Mountain since 1964, with a lifetime of memories.  I’ve always stopped at the top of Copper Bowl and thanked God for the opportunity to experience such a beautiful place.  Around 20 years ago (1990) I had a wooden 12 x 4 inch plaque made with the words “Bob’s Spot” burned into it.  I placed it in a pine tree at the top of Copper Bowl where I always stop.  It is still there!  It’s in a pine tree...(near) Copper Bowl.  About 10 years ago (2000) I stopped at “Bob’s Spot” and a middle aged local stopped next to me and said 'Welcome to Bob’s Spot, I’m from the Bob’s Ski Club.'  I then said 'I’m Bob, the Bob who put the sign at this spot.'  Later that afternoon I had a beer with the Aspen Bob’s Ski Club at the Flying Dog Saloon."

In March 2010 the author received the following message in an e-mail from T.E. of Aspen (apparently this is the person Bob Shanahan met at the "Bob's Spot" sign in 2000):

"...there is also a very small sign hidden in the branches of another tree at the bottom of the Back of Bell that says, “Bob’s Spot."  I had somehow found this little gem one year and then about two years later was heading there to show it to someone when I saw a guy poking around looking for it at the same time.  Turns out that guy, Bob, had put it there a few years earlier because he liked hanging out near that tree and that run.  He knew nothing of any other shrines on Aspen Mountain but felt an urge to put this there (an interesting action not really seen anywhere else, I've always thought).  He was a dentist from back east somewhere and had attached the small sign with a bit of dental wire."

In April 2010, Bob Shanahan wrote again to say that this spot is very special to him, and that the wire used to hang the sign from the tree was extra wire from his x-ray machine.

On January 16, 2014, Bob Shanahan and his wife visited the area where the Bob's Spot sign is located, along with the author, and Aspen Times reporter Karl Herchenroeder. An article about it appeared on the front page of the Aspen Times the next day:

This sign is located on Aspen Mountain near Copper Bowl.  Photos of it are below; click on images to enlarge.

If you have information or photos to contribute for use on this site, please send to AspenShrines@aol.com. 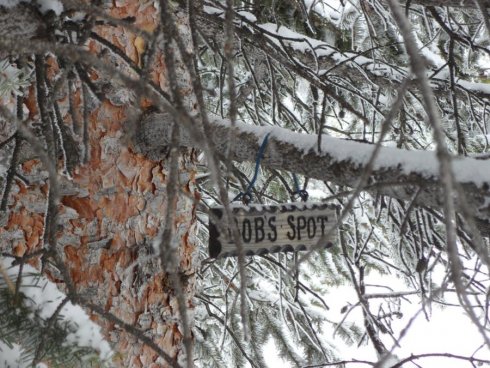 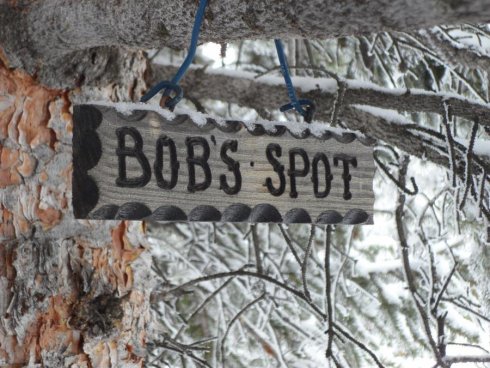 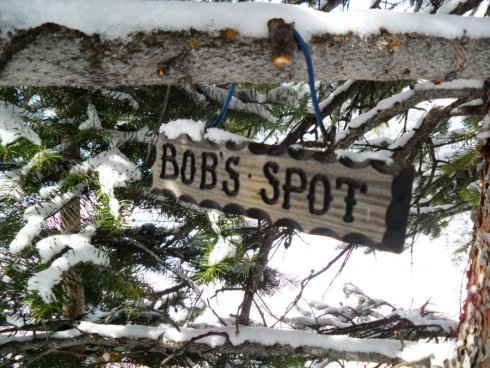 On January 16, 2014, Bob Shanahan and his wife visited the area where the Bob's Spot sign is located, along with the author, and Aspen Times reporter Karl Herchenroeder. An article about it appeared on the front page of the Aspen Times the next day:  An image of this article appears below.  All photos shown in this section were taken on January 16, 2014.  Click on images to enlarge. 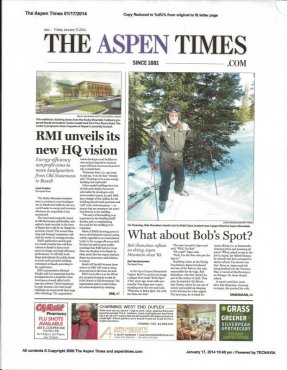 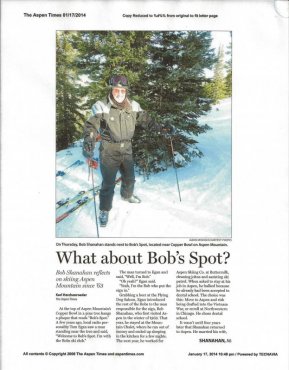 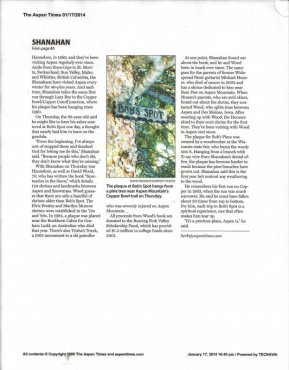 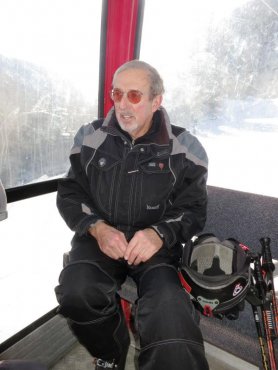 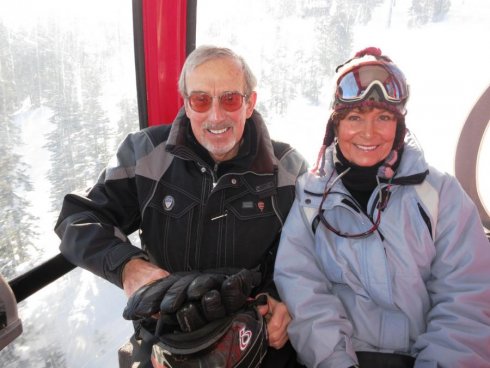 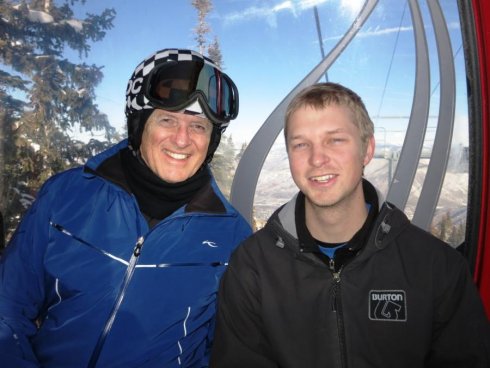 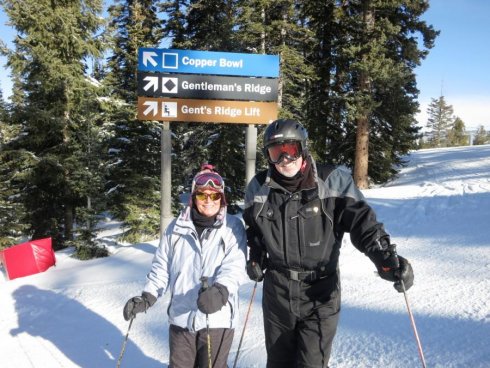 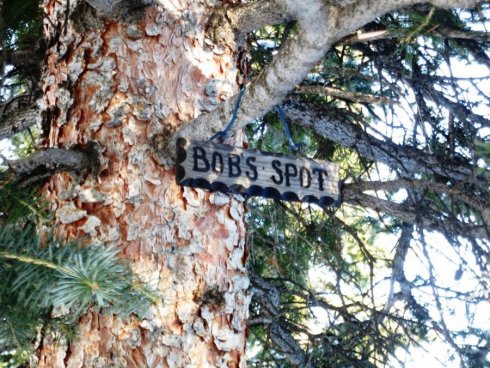 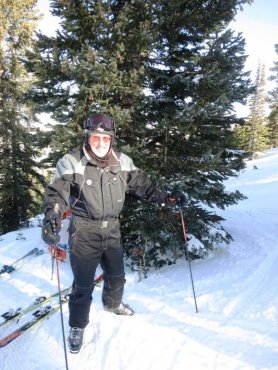 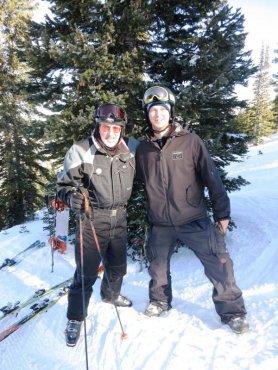 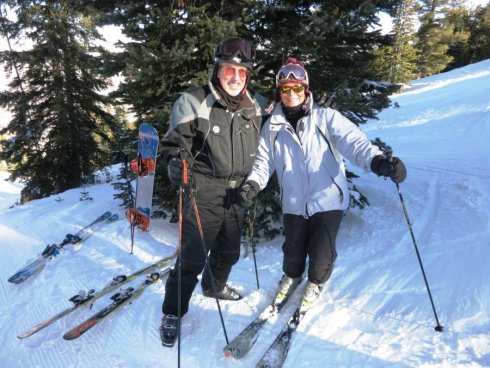 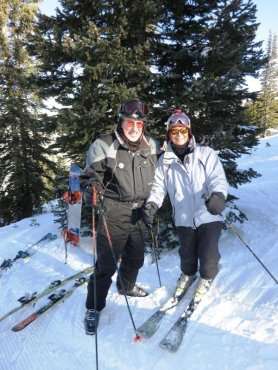 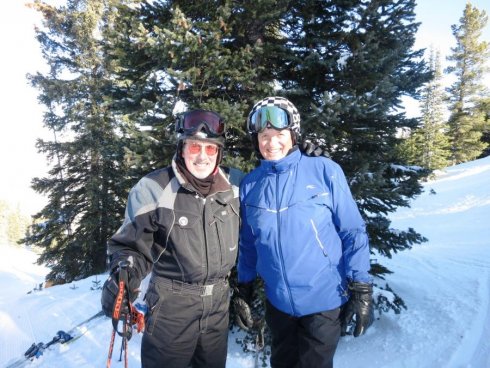