The Bobby Jones Shrine is dedicated to the golfer who most people regard as one of the greatest golfers ever, whether amateur or professional.  Robert Tyre "Bobby" Jones Jr. was born in Atlanta Georgia on March 17, 1902 and died on December 18, 1971.  Of particular note in Jones' case, he participated only as an amateur in a sport long dominated by professionals, competed primarily on a part-time basis, and retired from competition by personal choice at the age of 28 in 1930, the year of his “Grand Slam”.  His shrine contains a green and white street sign ("Bobby Jones Blvd"), numerous photos of Jones, and a copy of the Time Magazine cover from 1930 when Jones won the first and only "Grand Slam."

The Bobby Jones Shrine is located on Snowmass.  Photos of it are below. 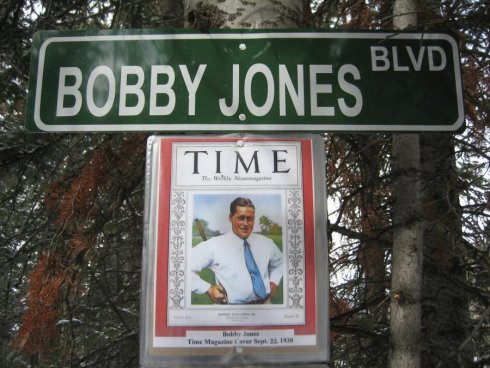 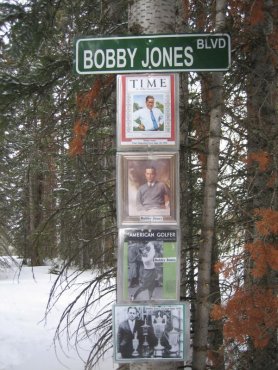 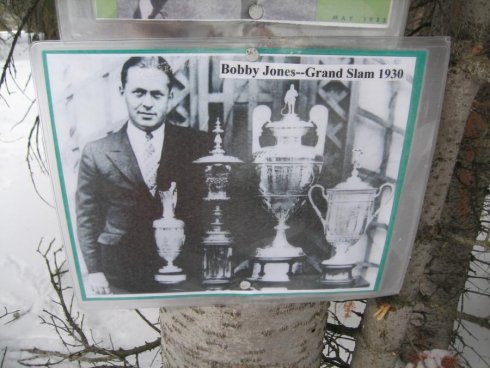 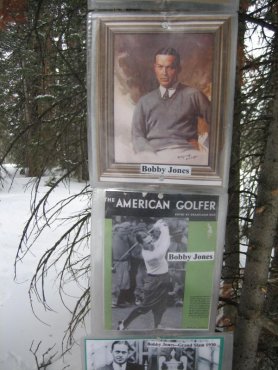 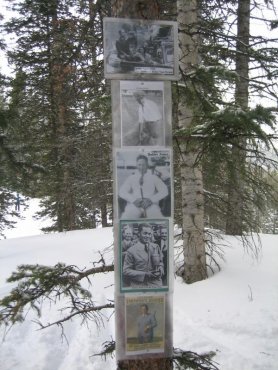 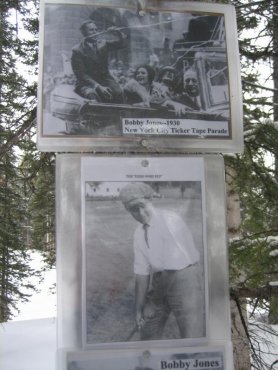 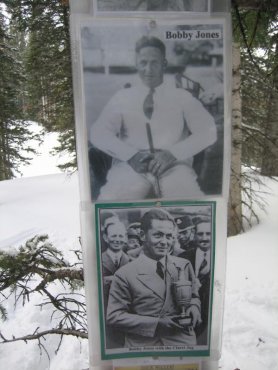 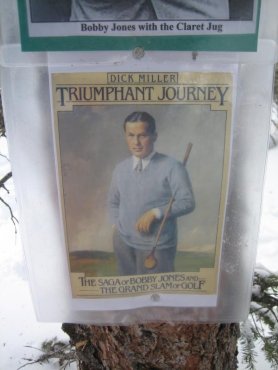 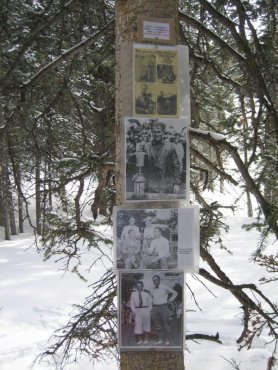 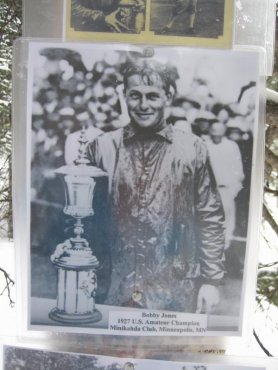 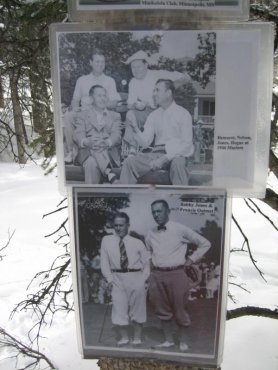 The photos in the section immediately below were taken in January 2012.  Many photos in this shrine have been changed from what was there before. 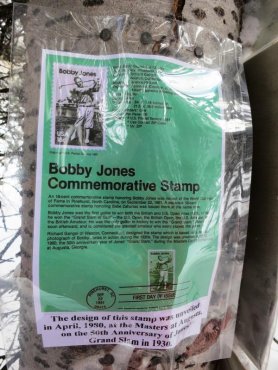 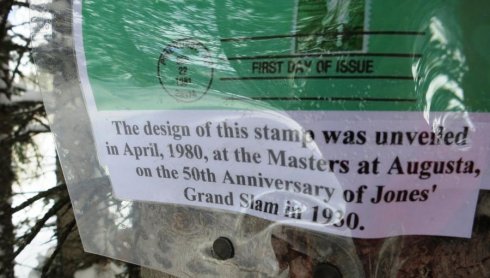 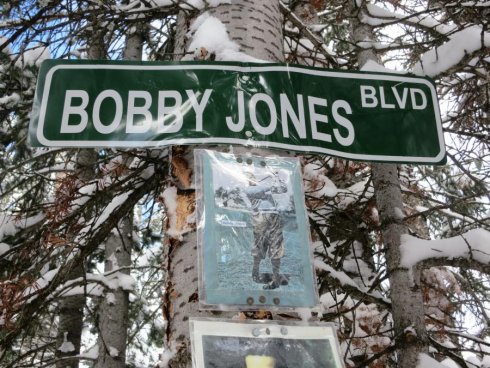 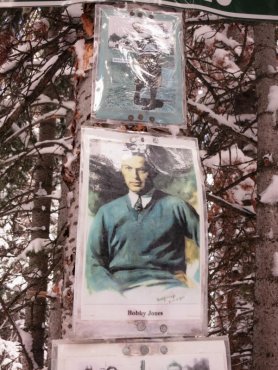 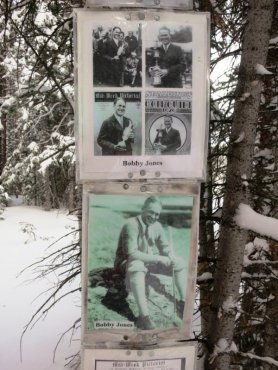 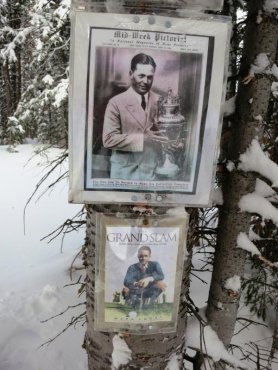 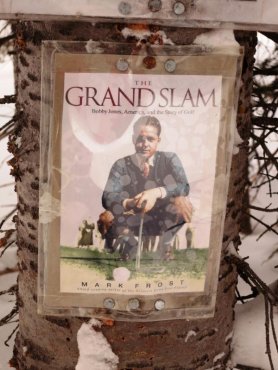 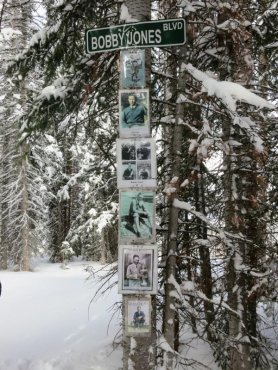 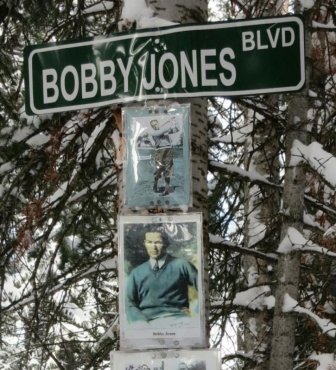