The Bob Carlson plaque is located at Buttermilk, near the West Buttermilk Express lift.  According to Hans Hohl, Mountain Operations Manager at Buttermilk Mountain, Bob was a lift operator at the top of West Buttermilk Lift before it became a quad, and that post became known as the “Cuckoo’s Nest” because one went crazy working there, due to the lack of contact with people.  Later on Bob operated snow cats until his passing in 2002.  (Hans Hohl worked for the Aspen Skiing Company from 1990 until September 2008 when he retired.)  A photo of the plaque is below, and also a photo of Bob Carlson. 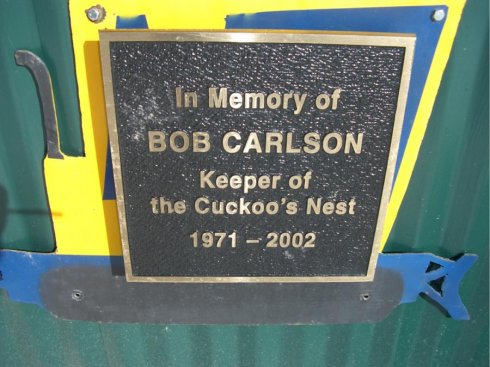 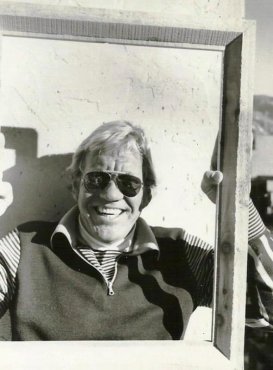