The Bob Beattie Shrine is on Snowmass.  Thank you to Vega Brhely for finding this Shrine and telling me about it and its location.

For information about Bob Beattie, see this page:  https://en.wikipedia.org/wiki/Bob_Beattie_(skiing)     He died in April of 2018.

Bob Beattie is in the Aspen Hall of Fame; see this page:  http://www.aspenhalloffame.org/inductee/bob-beattie This is a quote from that page:  "Colorado has been Bob’s home for 30 years. Affectionately known as 'The Coach,' he started his career at his alma mater, Middlebury College in Vermont, at age 22, as acting ski team coach.  A year later, he was masterminding the ski team at the University of Colorado, where his skiers won the NCAA team championships in 1958 and 1959.  In 1961, he was named Head Alpine Coach for the United States Ski Team; at the 1964 Olympics in Innsbruck, Austria, produced four medal winners, including the first two U.S. men to receive medals, Billy Kidd and Jimmie Heuga.  He resigned his post at the University in 1965 to devote full time to the National Ski Team until 1969.  He is President of World Wide Ski Corporation, was founder and Executive Director of the World Pro Racing Tour, Executive Director of the International Ski Racers Association, Commissioner of NASTAR, founder of Bob Beattie Summer Racing camps at Mt. Bachelor, and now organizes such national ski racing programs as the Michelob Light Town Challenge and Appleton Rum Runs.  He was ski commentator for ABC’s “Wide World of Sports” in coverage of the 1976, 1980, and 1984 Winter Olympics, among other programs.  He has also appeared on 'American Sportsman,' and is the author of three books on skiing and ski racing.  In 1984, he was inducted into the National Ski Hall of Fame."

It is not known who created this Shrine, or when.  If you are the person who installed this Shrine, please contact me; I have some questions I would like to ask you about it.  Thank you.  AspenShrines@aol.com

Photos of it are below (click on images to enlarge).  Also see more material below the photos. 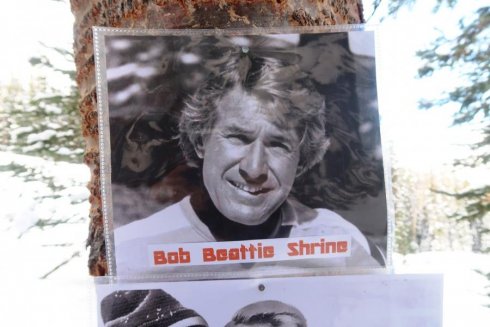 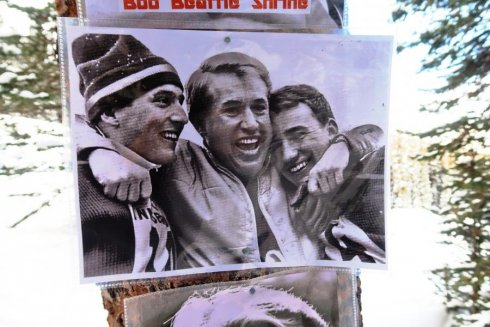 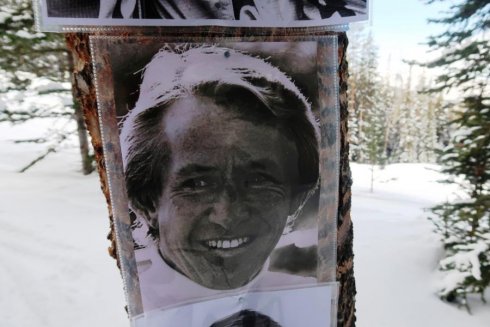 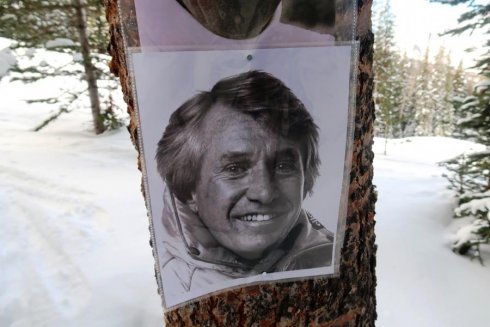 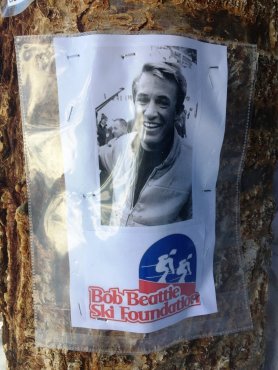 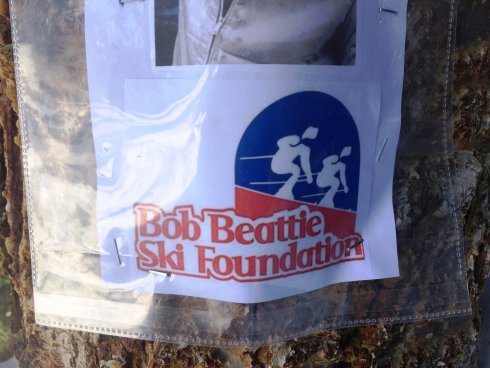 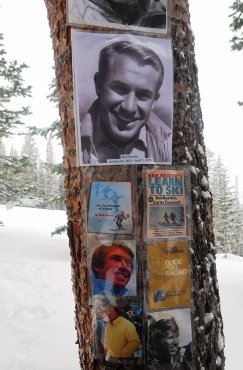 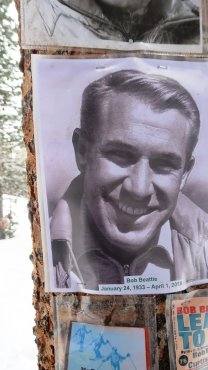 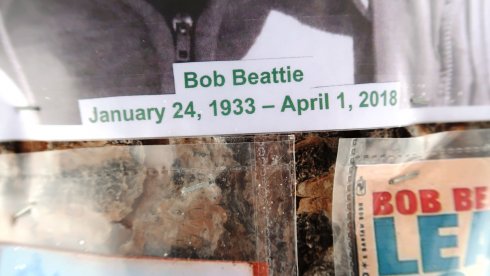 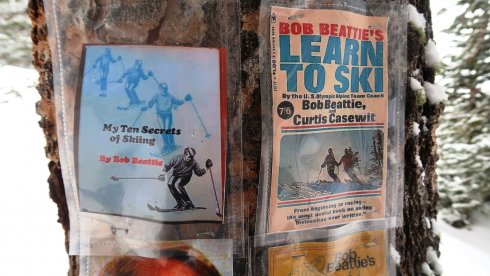 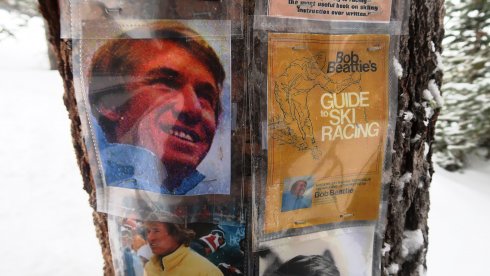 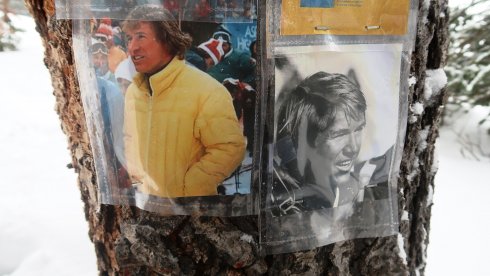 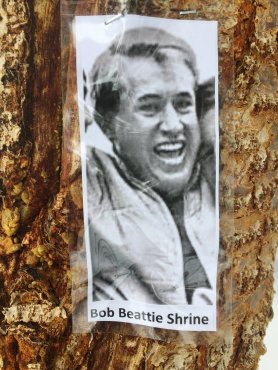 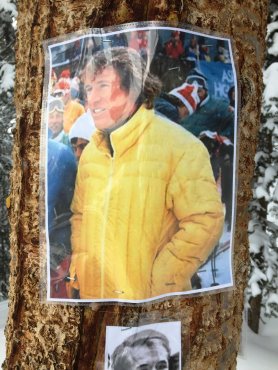 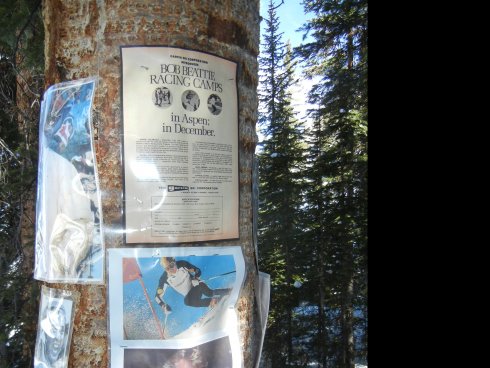 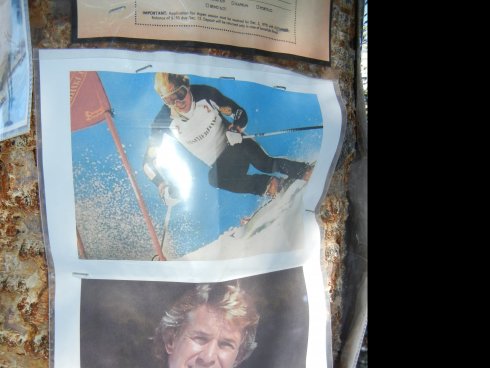 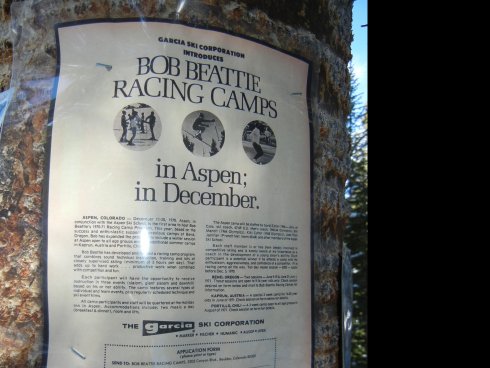 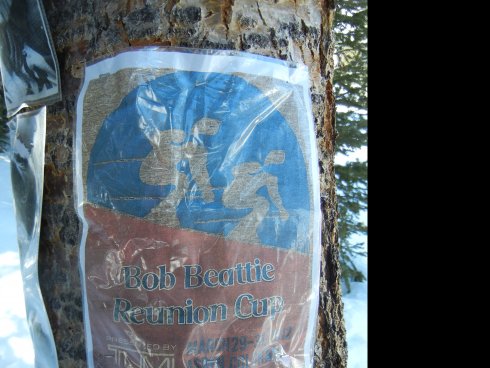 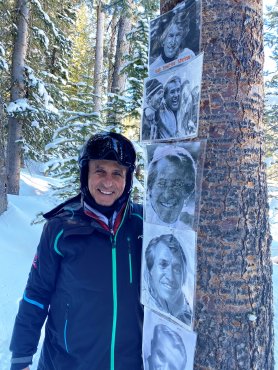