The Aspen Boat Tow bullwheel is still on Aspen Mountain (as of April 2019).  See photos of it below, click on images to enlarge.  Thanks to Mike Britt for the photo contributions.

See this Aspen Modern article about it:  http://www.aspenmod.com/places/boat-tow/

“Aspen’s unique topography and excellent winter conditions led Billy Fiske (Olympic Bobsled champion) and capitalist Ted Ryan, to suggest the development of a ski area.  The original “Boat Tow” on Aspen Mountain was constructed in 1937 by members of the Aspen Ski Club.  It consisted of two wooden toboggans or “boats”, each one twelve feet long by three feet wide, containing four seats across the width.  These were constructed of pine, including the runners, to which steel banding was attached and is still in place.

The Boat Tow utilized old mining equipment.  The “boats” were connected by ½” steel cable (purchased for $600 by the Aspen Lions Club and donated to the lift) to rotating terminals converted from hoist rigs from the dormant Little Annie Mine on Aspen Mountain.  The steel cable was guided up the mountain by wood towers to prevent tangling.  The motor was a converted Model A Ford engine (donated by Laurence Elisha then owner of the Hotel Jerome). The total length of the Boat Tow was 600’ up the face of Aspen Mountain.

Up to four people could sit inside a boat and by pulled to “the top” in less than three minutes while the other, empty boat slid down the other side.  The fee was 10 cents a ride, 50 cents for a half day.  The official opening day was January 27, 1938. One hundred people rode Colorado’s biggest ski lift that day.”

“The first lift-like contraption on Aspen Mountain was the Boat Tow, which was built by locals and perfected from its original rudimentary tow line and toboggan into a more rugged contraption where riders were able to remain dry and happy.

The eight-passenger Boat Tow ran roughly from the bottom of Lift 1A chairlift to the bottom of Corkscrew, according to Cooney, a ski historian and writer.

“Materials are a secondhand Studebaker motor, two old mine hoists, and two eight-person sleds that went up and down in opposition,” Cooney reported. According to his research, the Boat Tow cost about $600 to build. Skiers paid 10 cents a ride.

Photographs of the Boat Tow provided by the Aspen Historical Society that were taken about 10 years apart illustrate its evolution.

AHS Archivist Anna Scott explained how the Boat Tow changed: “It was originally a ski tow that was a cable only constructed in 1937. Then in 1938 two six-passenger ‘toboggans’ were added to the ski tow and then in 1945, they added a more robust version with built-in seats and racks for skis.”

Its original bullwheel and cable may still be seen near the bottom left of Corkscrew and just above Tower Ten Road on the corner before Corkscrew Gulley, according to Cooney.”

Here are three photos of it; click on images to enlarge.  Thanks to Mike Britt for these photos. 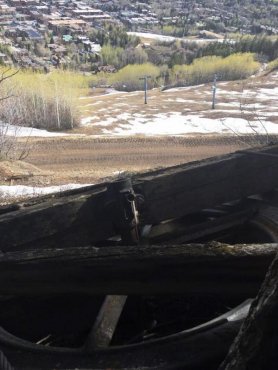 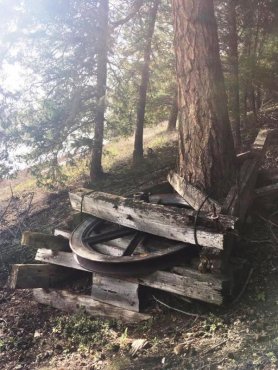 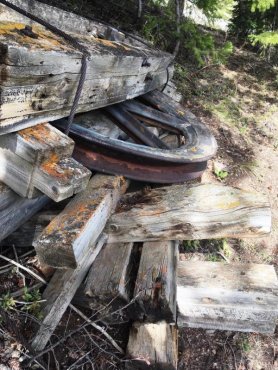