This is the page for Snowmass' Black Lab Shrine.  It was created in August 2012 by Matt Polovin  A sign in the shrine states:  "This Shrine is dedicated to our dog Beau.  April 20, 1996-November 26, 2010.  He was loyal, loving and gentle and will forever remain in our hearts.  We miss him every day.  We love you Beau Beau!"

The shrine contains some photos of Beau.

A copy of "The Rainbow Bridge" is posted in the shrine, which is a work of poetic prose written by an unknown author some time between 1980 and 1992.  The theme of the work is of a mythological place to which a pet goes upon its death, eventually to be reunited with its owner.  It has gained wide popularity amongst animal lovers who have lost a pet.  Although no major religion specifically refers to such a place for pets, the belief shows similarities with the Bifröst bridge of Norse mythology.

Thank you to Matt Polovin and Trung Vu George, and also Hannah and Joshua, for their help with this page.

If you have any information about this item that you would like to share for use on this page, please send to AspenShrines@aol.com. 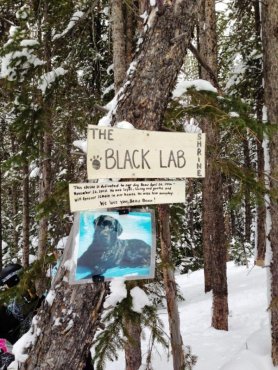 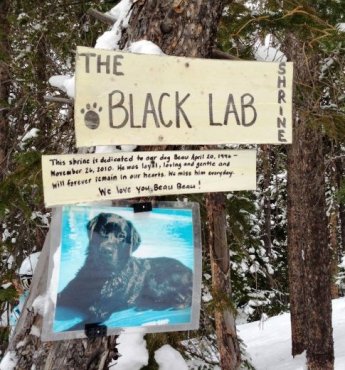 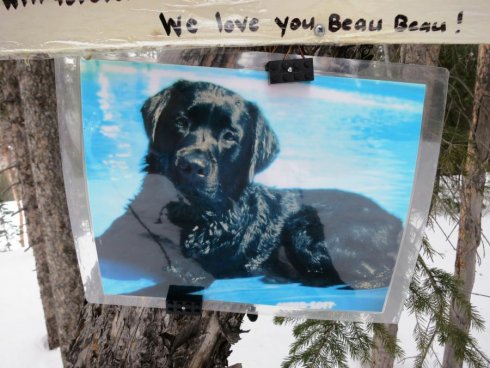 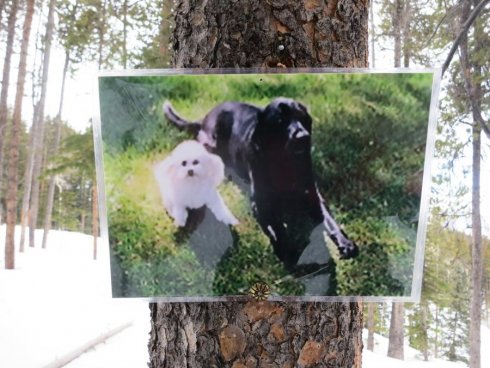 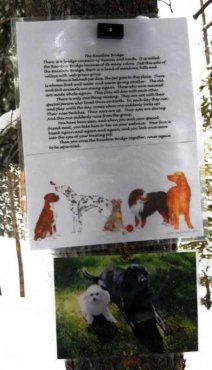 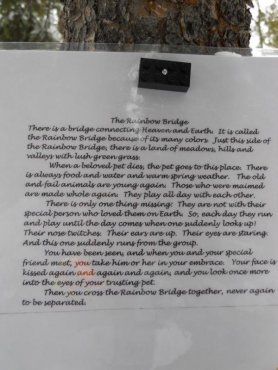 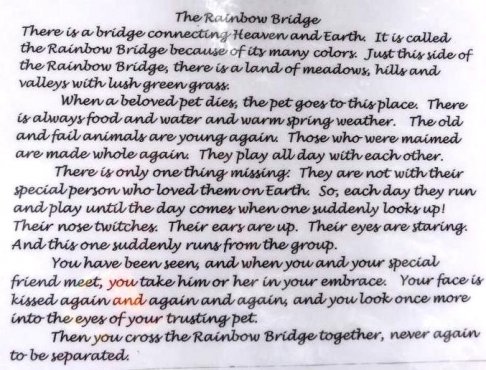 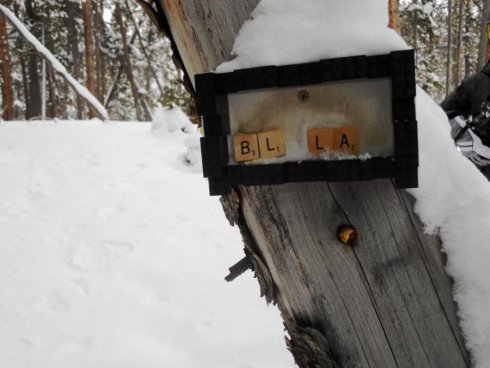 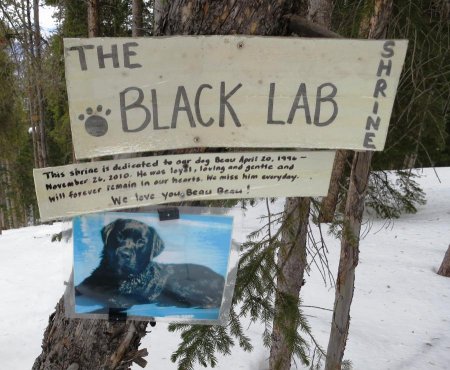