The Bingo Shrine was dedicated to a dog named "Bingo," who lived from November 28, 1994 to April 3, 2002, and who was owned by one of the Aspen Skiing Company employees.  The shrine consisted of one large square board containing 10 photos of Bingo, but most of the photos were very faded by the sun and weather.  There were also some flowers displayed there.  Finally, sometime during the 2008-2009 ski season, someone removed all of the photos and the flowers, so that all that remained was the blank board.  Soon after that even the board disappeared, so now there is nothing there at all.

The Bingo Shrine was located near the Bingo Glades run on Aspen Mountain. 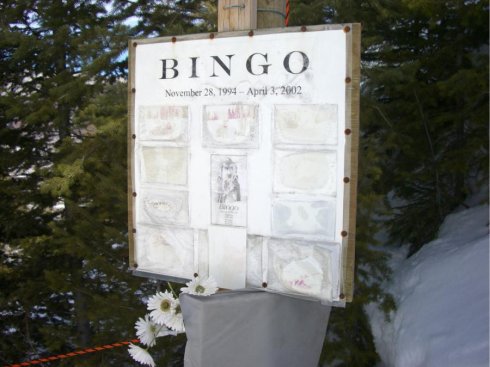 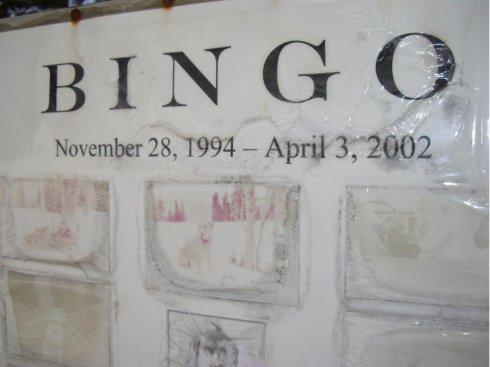