The Ann Owens Amabile plaque consists of a brass plaque mounted on two sturdy posts.  It also includes some dried flowers.  She died at the age of 58 on January 17, 1987, when she hit a tree while skiing on Aspen Mountain.  Her plaque reads as follows:

You only have one mother and the

only bad thing she'll ever do

is die and leave you.

Dedicated by her children

The following is an obituary that appeared in the Boston Globe on January 20 , 1987:

Ann (Owens) Amabile, 58, of Aspen, Colo., and Mashpee, a former model and flight attendant, died Saturday from injuries sustained in a skiing accident in Aspen.  Mrs. Amabile was born in Brockton, graduated from Brockton High School in 1946 and attended the Academy of the Assumption in Wellesley.  Before her marriage she resided in New York City and worked for the John Robert Powers Modeling Agency and as a flight attendant for American Airlines.  Several years ago, she settled in Aspen where she worked as a ski instructor. She was also active in real estate buying and selling in both Colorado and Massachusetts.  Mrs. Amabile leaves her mother, Adeline Owens of Brockton; four daughters, Jean Mattimore of San Francisco, Nina Whitney of Aspen, and Mini Bash of New Jersy and Judy Amabile of Boulder; a son, John Amabile of Boston; and two grandchildren.  A burial service will be held in Aspen on Tuesday, Jan. 20.  A memorial Mass will be said Saturday, Jan. 24, at 9 a.m. in St. Patrick's Church, Brockton."

The plaque is located on Aspen Mountain near the Short Snort run.  Photos of it are below.

If you have information about or photos of this item that you would like to contribute for use on this page, please send to the author at AspenShrines@aol.com. 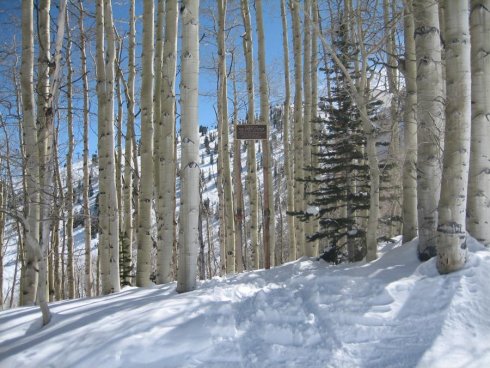 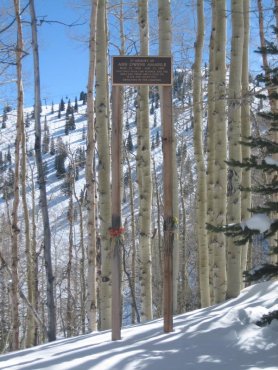 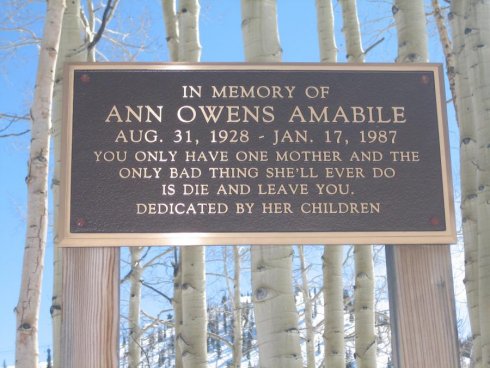 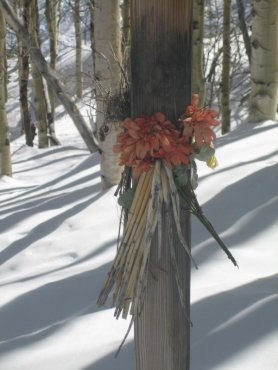 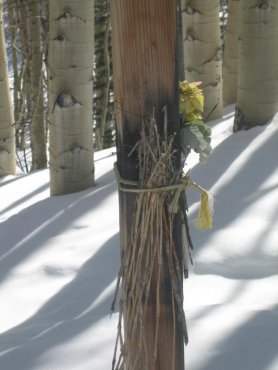 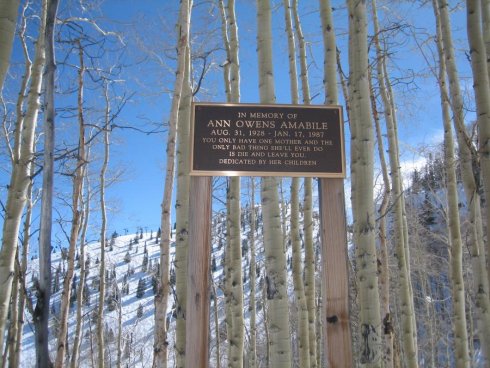