(Note:  This page is about "Sam's Smokehouse" restaurant on top of Sam's Knob.  It opened in January of 2009.  In November of 2019 the name was changed to "Sam's" and it became an Italian restaurant.)

Sam's Smokehouse is a restaurant located on the top of Sam's Knob at Snowmass, both named after Sam Stapleton.  The restaurant opened in January 2009 and in a way is a memorial to Sam Stapleton.  According to a sign inside the restaurant, Sam Stapleton was a "longtime Snowmass rancher and an early figure in the development of the ski area.  Sam worked for the Aspen Skiing Company for 40 years, and at one time drove the ski area ambulance, an old Cadillac hearse."

Also framed on the wall is a "History of Sam's Knob" with 16 photos.  This history is also part of the display:

Sam spent many summers taking care of the sheep and living in the sheep camp cabin.  In his spare time, Sam hiked all over the area and got to know it very well.  In 1947, Sam and his brother Bernard purchased the property from their mother, sisters, and brothers, and this property was sold to Bill Janss in 1967.

The year before he purchased the land, Bill Janss decided to put four local boys on Snowmass to scount the potential ski area.  It was the winter of 1964-1965, a heavy snow year.  Hal Hartman Sr., Mick Strong, Don Rayburn and Joe Smith, came from long-time local families.  They were familiar with most areas surrounding Aspen but not with Snowmass.  Hal's Hollow, Mick's Gully and Rayburn's Chute honor their work and skill in researching the Snowmass ski area.

Quite often Hal or Mick would stop in at the Stapleton Ranch on Owl Creek Road to speak with Sam or call to ask the best way across a ridge or into a valley.  The four boys took a snowcat and made a camp from which to ski the area.  They were the ones who started to call their home base, "Sam's Knob."

Sam has since passed away, but his wife, three daughters - Connie, Shannon and Sydney - and four grandchildren still live in the Roaring Fork Valley.

Sam was always actively involved in the local community, serving on the Aspen School Board for 12 years, and on the Pitkin County Agricultural and Conservation Board for 20.  He was the presidentof the Aspen Fire District, having been reelected to that position for 45 years, since 1952.  He also served on the board of the Red Butte Cemetery Committee.

Sam Stapleton worked for the Aspen Skiing Company for 40 years, and at one time drove the ambulance, an old Cadillac hearse."

Sam and Elizabeth Stapleton are members of the "Aspen Hall of Fame."  See this page:  http://www.aspenhalloffame.org/se_stapleton_02.html.  A quote from this page:

"Elizabeth & Sam Stapleton
Sam and Elizabeth Hammerick Stapleton were both born in the Roaring Fork Valley—Sam, the third generation of ranchers on Owl Creek in 1927 and Liz in Glenwood Springs in 1928.  Married in 1948, they raised three children on the Stapleton family ranch, where Liz still lives.  Sam’s Knob on the Snowmass Mountain ski area is named after Sam, who tirelessly offered guide service and advice to a fledgling group of planners and skiers intent on creating the ski mountain we find there today. Sam and his family had run sheep and cattle in the area for generations, so Sam knew the area better than anyone.  Sam, deceased in 2006, was the president of the Aspen Fire Board for 52 years, served on the School Board, worked for the Aspen Skiing Company for 48 years, and left this world with his rancher’s blood running strong.  Liz taught school at the Owl Creek one-room schoolhouse for a short period, ran the Stapleton Spur Bed and Breakfast, aided the Chamber of Commerce (now the Aspen Chamber Resort Association) for many years, is a member of Eastern Star and is a member of the generations-old Aspen Literary Club.  Sam was known for years as the guy who could predict the weather by the fuzz on this year’s caterpillar crop, or the height of the pussy willows."

Before Sam's Smokehouse was built, the restaurant on top of Sam's Knob was named "Dudley's."

Photos of Sam's Smokehouse are below.

For more information and and even more photos than those shown below, see this Facebook photo album (you do not need to have a Facebook account in order to view the album):  https://www.facebook.com/media/set/?set=a.758771054194861&type=1&l=01ad07db9f

If you have information or photos to contribute for use on this site, please send to AspenShrines@aol.com. 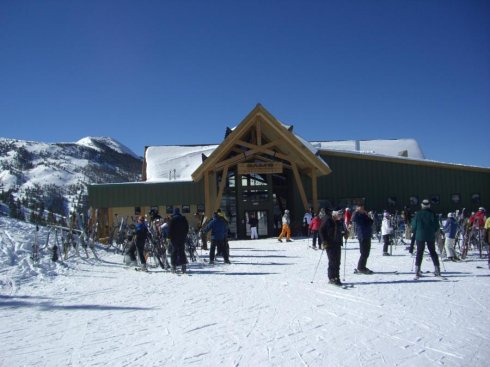 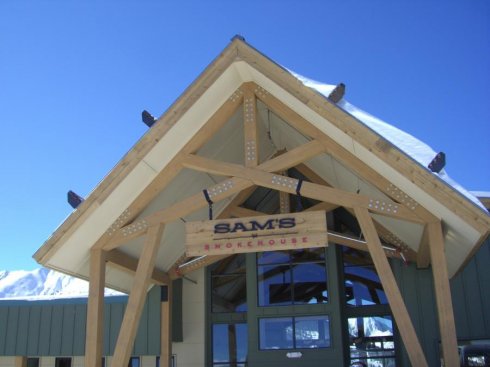 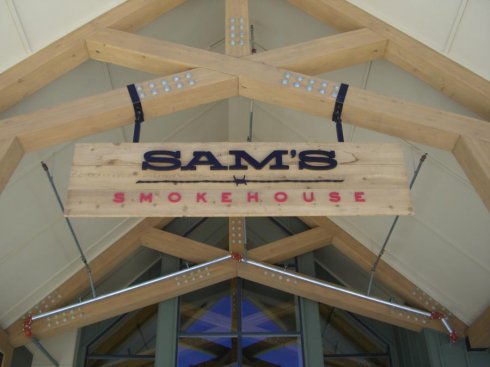 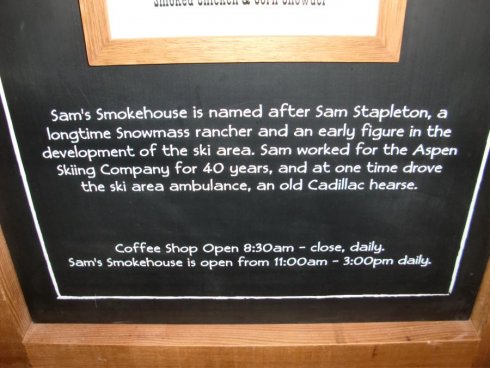 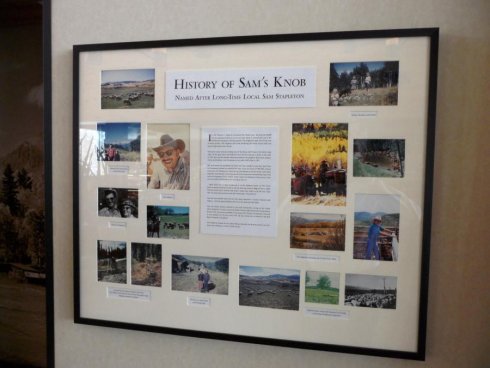 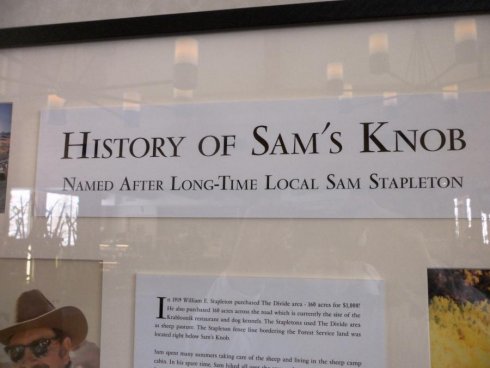 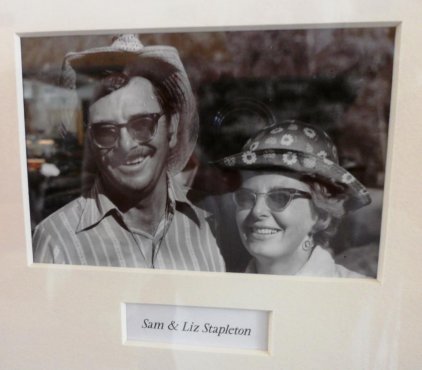 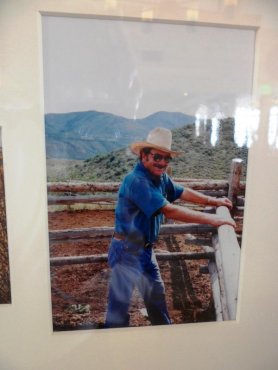 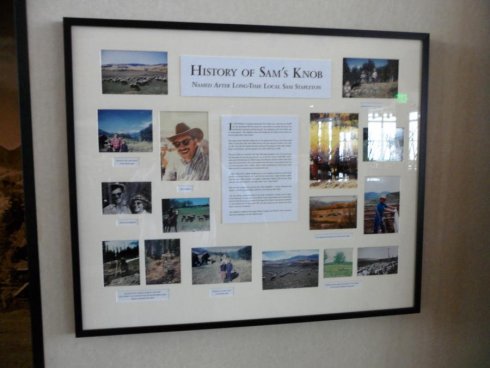 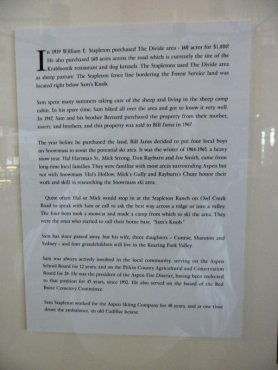 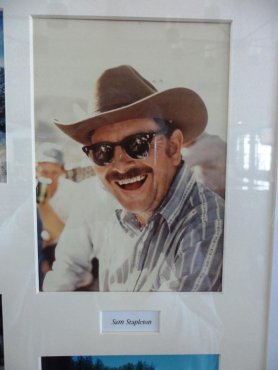