Gracie's Cabin is a rustic log house located at the old Roberts homestead (which dates to 1885) at the base of what is now the Two Creeks ski area of Snowmass, near Slope Side Lane. It is named after Gracie Oliphant who arrived in Snowmass in 1966, and who built the cabin in the mid-1970's. The logs for it were hauled in from Lenado. She used the cabin for day ski tours and served dinners there seven nights a week. Visitors included Tom Brokaw and Rupert Murdoch, and John Denver was one of the musicians who performed there. When the Two Creeks area was developed, the cabin became part of a residential lot and, as of 2020, stands next to a large home there. See pages 174-175 of the 2013 book "The Story of Snowmass" by Paul Andersen, for more for information on Gracie and this cabin.  This cabin is also covered in the 2007 DVD "Mountain Spirit--Voices of Snowmass Village," produced and directed by Greg Poschman, Moving Media, Inc.

See this article about Gracie that appeared in the May 6, 2015 Snowmass Sun. "Straight Up Snowmass: Gracie Oliphant has always been outside," by Jill Beathard  https://www.aspentimes.com/snowmass/straight-up-snowmass-gracie-oliphant-has-always-been-outside/#:~:text=Straight%20Up%20Snowmass%3A%20Gracie%20Oliphant%20has%20always%20been%20outside,-Snowmass%20Snowmass%20%7C%20May&text=Gracie%20Oliphant%20stands%20outside%20her,and%20a%20bit%20of%20fun.   "On purpose and with great joy, Gracie Oliphant has spent all of her life working and playing outdoors. The 50-year Snowmass Village resident grew up on a farm near the Blue Ridge Mountains. When she was a young newlywed, she and her husband Bruce spent a year working to build a homestead in Alaska, felling trees to build their home, living out of a pup tent and keeping bears at bay. “It was thrilling,” she said of that time. “I feel so lucky, and it was so intentional, to have worked outdoors all my life.” But the Roaring Fork Valley beckoned, and the couple moved here in 1966, spending their first six months camping at the Maroon Bells. Eventually Oliphant started her own business in Snowmass, and the couple built a home on Oak Ridge Road. “How wonderful it was coming here and being part of the ground floor,” Oliphant said. “We built our house with friends. There was so much camaraderie.” Called Kinderheim after similar programs she’d seen while traveling in Europe, Oliphant’s business was a day camp for both local and visiting children focused on outdoor activities. In the winter, Kinderheim teachers would teach the children how to ski, then bring them indoors for puppet shows, arts and crafts, and playing with animals. Oliphant had everything from rabbits and guinea pigs to birds that the children could play with (with supervision), and it helped to both teach them about nature and set them at ease, she said. “I’ve had animals all my life, and I know what a difference it makes for kids,” Oliphant said. Oliphant sold Kinderheim after 19 years. It closed not long after, but she went on to provide insight to Aspen Skiing Co. when it decided to fill the void by developing its own program for its youngest visitors. After that, Gracie, then single, juggled several jobs for a while. Having skied and explored the area that is now Two Creeks, she approached developers Jim Chaffin and Jim Light with a proposal to build a ski-in/ski-out cabin in those woods where she could host dinners. They agreed to give her a $10 annual lease for the land, and she and a friend cut logs with a chainsaw and hauled them in from Lenado, building her namesake cabin in 1977. Oliphant and her guests would ski in to the sound of owls hooting and coyotes howling. When they reached the cabin, Oliphant cooked all the food on a wood stove. “It was very gourmet food,” Oliphant said. “It was just like magic going up there. … People would drop all pretenses. Well they’d drop them along the way because it was a lot of hard work to get up there.” Singing and playing music was a central part of the experience. John Denver and Twirp Anderson were known to play, and Chaffin and Light liked to sing. “It was just a trip back in time,” Oliphant said. Eventually the area was developed and the cabin closed. It was time for Oliphant’s next career: landscape design, which she is still doing today. Her business Pretty Petals serves clients in Aspen and Snowmass, mostly at people’s homes, both big and small. She still lives in her home on Oak Ridge Road. “Everything I’ve done I’ve adored,” Oliphant said. “I feel so lucky, and it was so intentional, to have worked outdoors all my life.” jill@snowmasssun.com

Photos of the cabin, taken in 2013, are below.  It is visible from the Two Creeks Lift; the last 6 photos of the cabin were taken from this lift.  If you have any photos of or information about this item that you would like to share for use on this page, please send to the author at AspenShrines@aol.com. 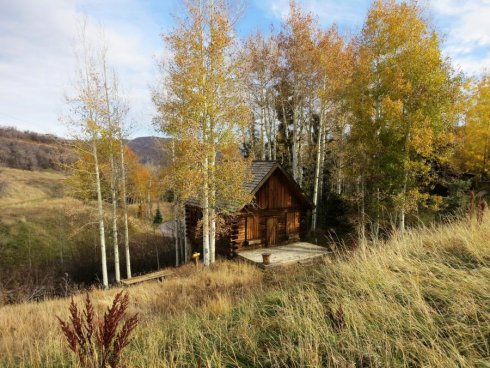 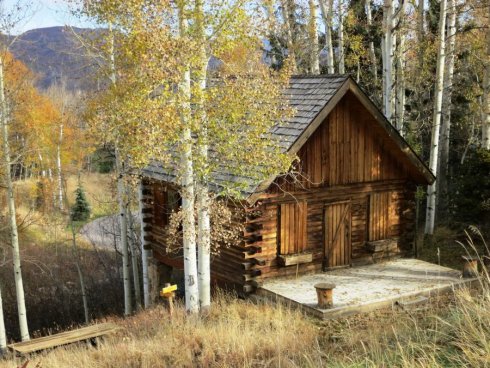 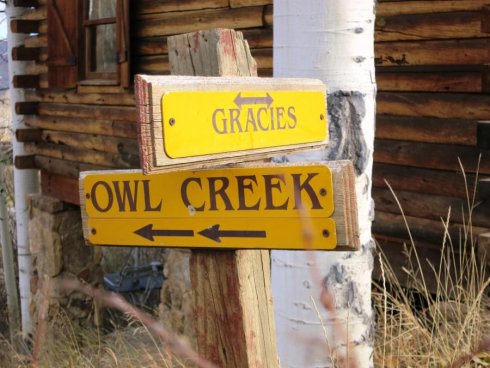 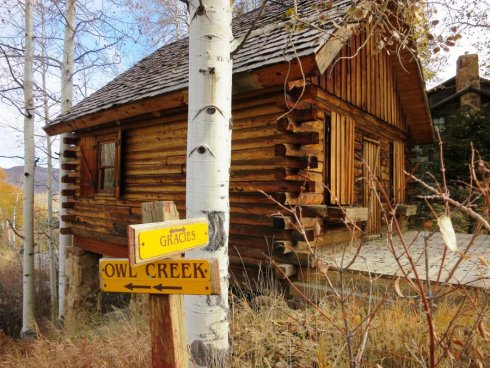 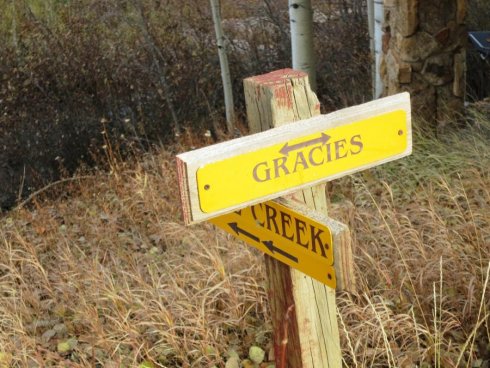 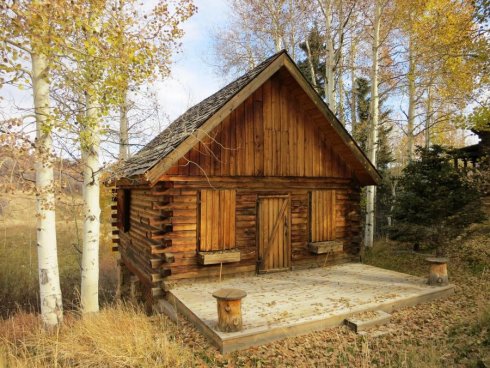 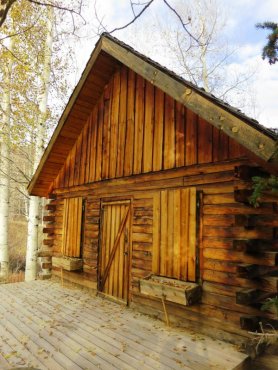 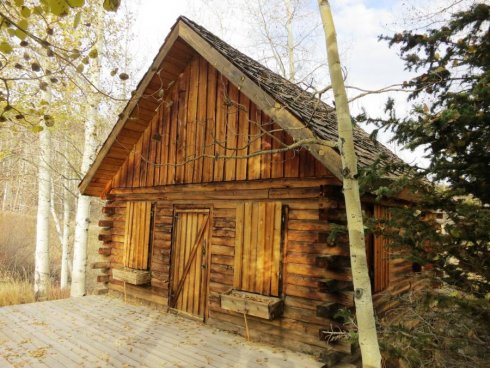 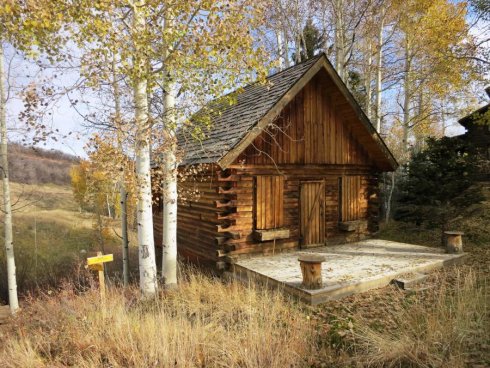 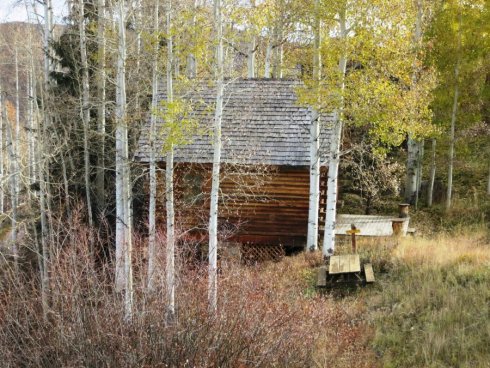 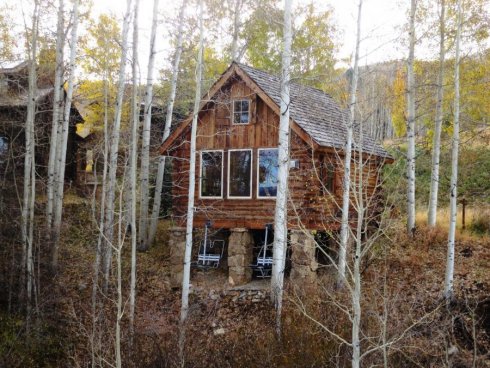 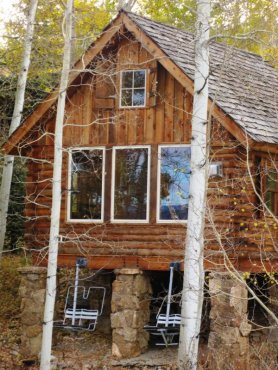 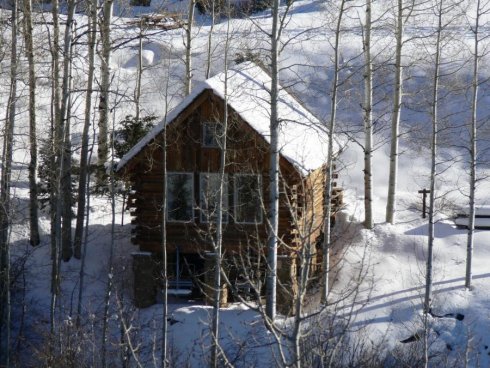 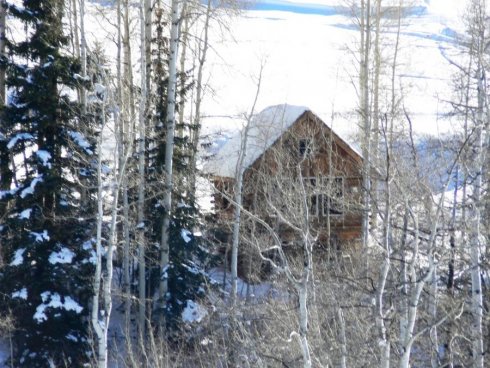 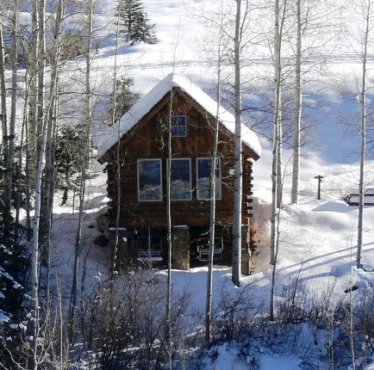 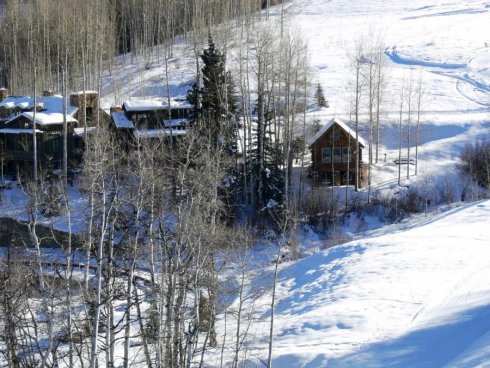 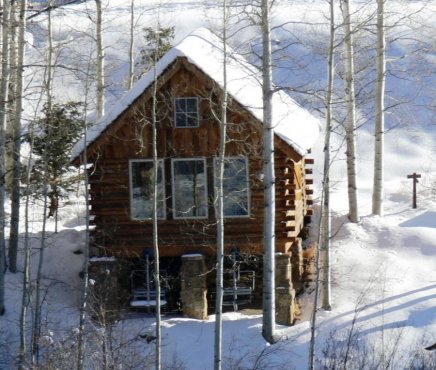 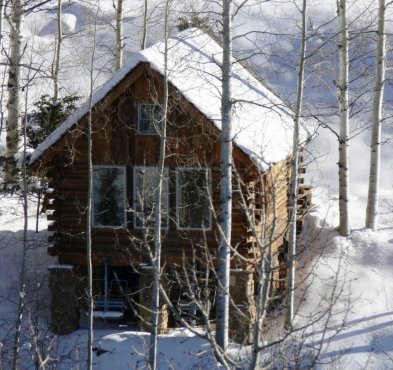 See pages 174-175 of the 2013 book "The Story of Snowmass" by Paul Andersen, for more for information on Gracie and this cabin. This cabin is also covered in the 2007 DVD "Mountain Spirit--Voices of Snowmass Village," produced and directed by Greg Poschman, Moving Media, Inc.  Photos of the book and the DVD are below. 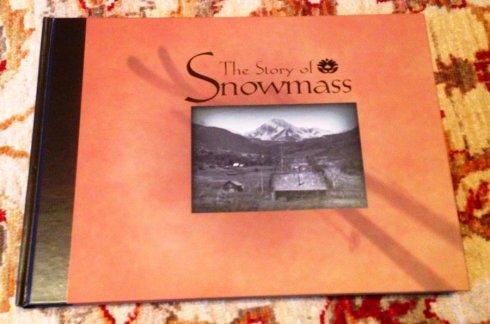 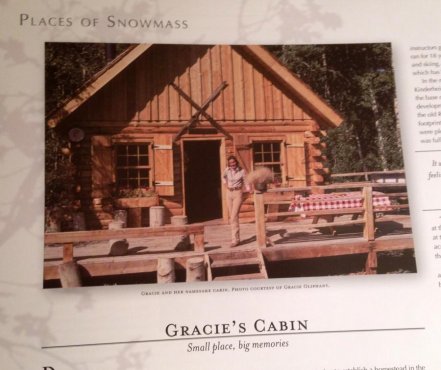 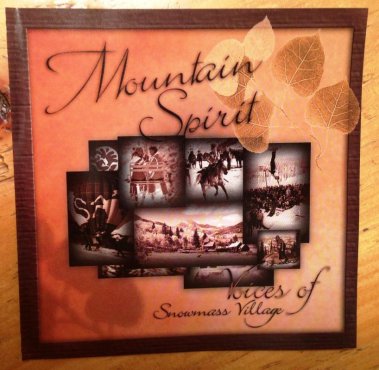 Gracie's Cabin was the subject of the "Last Shot" section of the November 13, 2013 Snowmass Sun newspaper. (Photo by David Wood.) 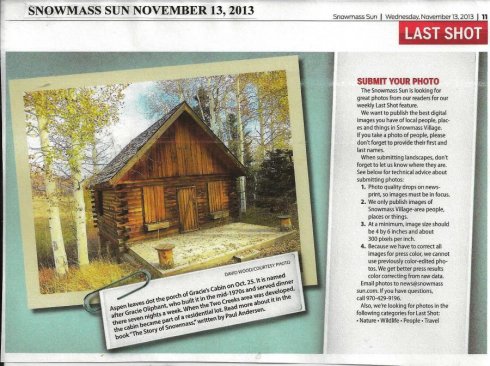 This article and photo ("Rustic Dining") appeared in the April 6, 2016 issue of the Snowmass Sun. 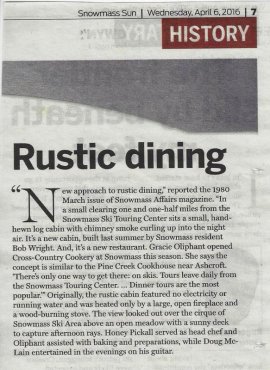 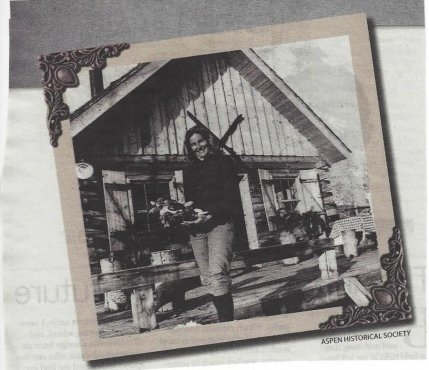