Fort Frog (Old) was a childrens' center at Buttermilk.  It was a wooden frontier-style fort, with lookout towers, flags, old wagons, a jail, a saloon and a native American teepee village.  It was named for Greg Fortin, a longtime pro who ran the Aspenauts program for many years at Buttermilk.  His nickname was "Frog."  Thanks to Rick Stevens for contributing this information.

It was destroyed by fire on May 22, 2016; see this May 23, 2016 article by Lauren Glendenning:  https://www.postindependent.com/news/local/fire-destroys-fort-frog-cabin-on-buttermilk-mountain/ This was a front page article, and a photo of that front page is below.  The front page photo is by the author.

See this Aspen Times article of May 24, 2016 regarding the cause of the fire, by Lauren Glendenning:  "Aspen Fire Chief:  Fort Frog fire on Buttermilk Mountain appears accidental, human-caused"  https://www.aspentimes.com/news/aspen-fire-chief-fort-frog-fire-on-buttermilk-mountain-appears-accidental-human-caused/

Will Fort Frog be rebuilt?  This article contains this quote:  "Aspen Skiing Co. spokesman Jeff Hanle released the following statement Monday on behalf of Skico: 'Fort Frog was an important part of the Buttermilk experience for many years and for thousands of kids. We are sad to see it gone, and will explore our options for rebuilding in the future.'"  https://www.aspentimes.com/news/aspen-fire-chief-fort-frog-fire-on-buttermilk-mountain-appears-accidental-human-caused/

An Aspen Times article of June 10, 2016 notes that charges were brought in connection with the Fort Frog fire.  "Skico employee charged with arson" by Jason Auslander.  Click here to read the article:  http://www.aspentimes.com/news/22401420-113/skico-employee-charged-with-arson  A quote from this article:  "Kurt Pedersen of Carbondale was charged with fourth-degree arson, meaning he was reckless with fire, said Pitkin County sheriff’s investigator Bruce Benjamin. Pedersen is the same man who received a citation from the U.S. Forest Service for failing to extinguish a fire, he said."

A June 10, 2016 Aspen Daily News article by Curtis Wackerle, "Fort Frog fire starter charged with negligence" contains this about the possible rebuilding of Fort Frog:  "As for rebuilding the popular mountain feature, 'we definitely will … but it won't be able to happen this summer,' [Jeff] Hanle wrote."  Here is the link to this article:  http://www.aspendailynews.com/section/home/171382

This article says Fort Frog will be rebuilt in the summer of 2018:  https://www.aspendailynews.com/news/buttermilk-s-fort-frog-will-rise-this-summer/article_a85ec60e-2281-11e8-bd7c-eff617c9c564.html

Many thanks to Anna Lookabill Scott for contributing a copy of an Aspen Times article of December 22, 1998, "Fort Frog to be Rededicated" (see photo below).  This article states that Greg Fortin "began working at Aspen's ski school in 1968.  He was one of 15 chosen from 150 applications to the school."

Greg Fortin died on December 14, 1998 (thanks to Anna Lookabill Scott for this information).

For a panoramic/360 degree photo of Fort Frog, click this link:  http://www.360cities.net/image/fort-frog-buttermilk-ski-area

See the first 6 photos of it below that were taken by the author in March of 2008. 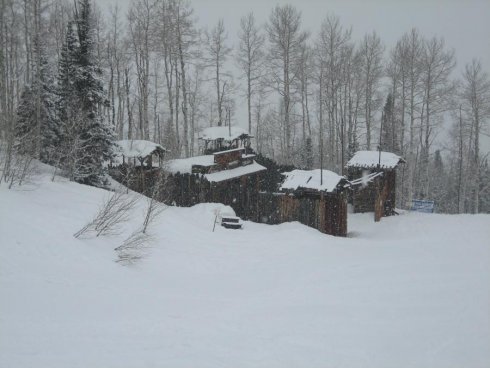 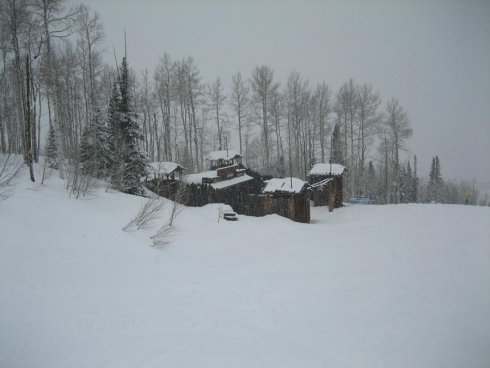 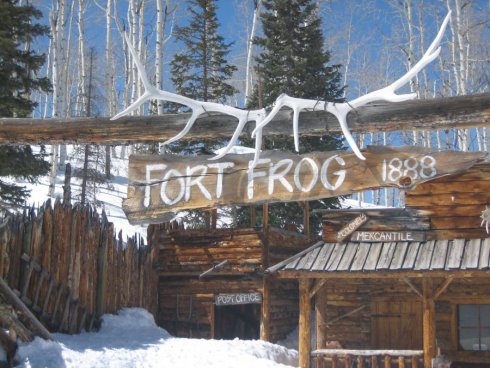 This photo by the author was used in the Aspen Times front page article of May 22, 2016 mentioned above and shown below. 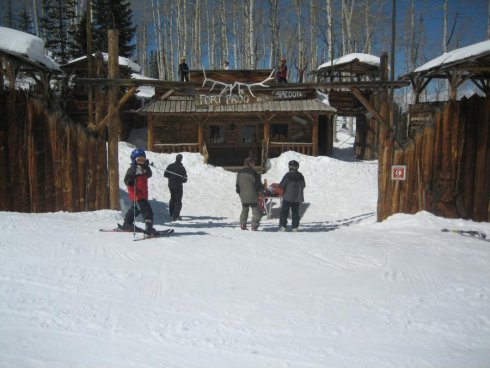 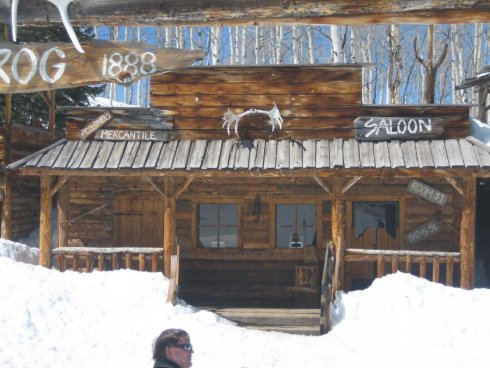 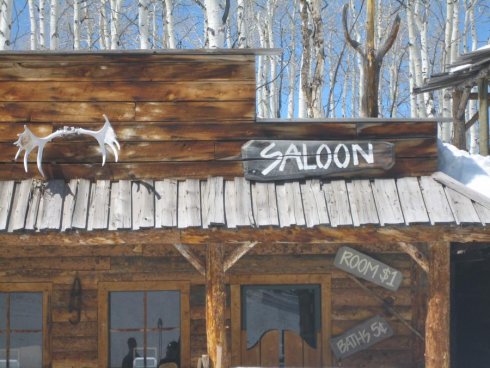 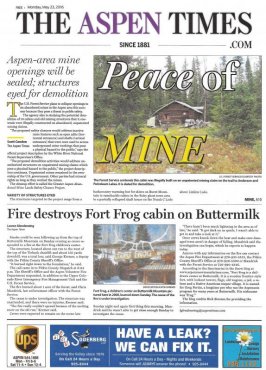 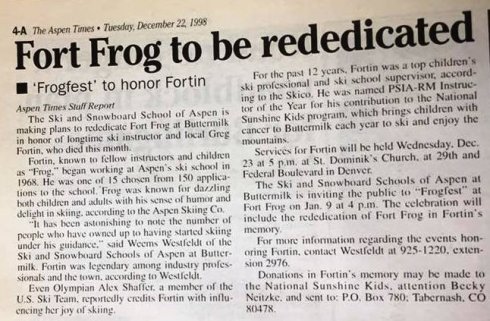 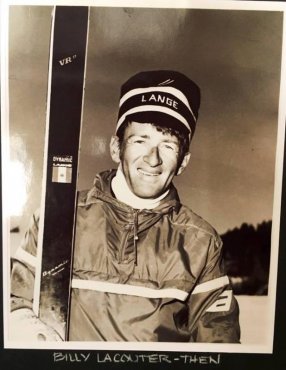 This photo used to be inside Fort Frog. Billy LaCouter in mid-1970's, credit Chris Corrigan 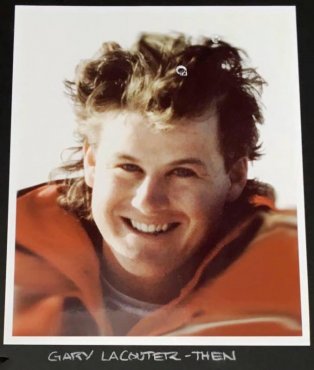 This photo used to be inside Fort Frog. Gary LaCouter in mid-1980's, credit Chris Corrigan

Photo credit for the two photos below of Fort Frog when it burned in May 2016:  Sandy Schift/Aspen Volunteer Fire Department.  (Click on images to enlarge.) 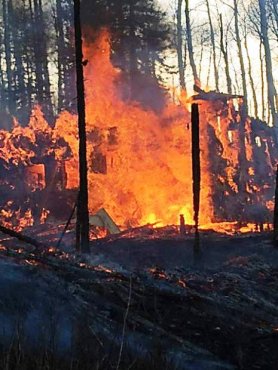 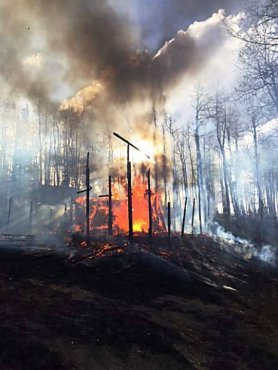 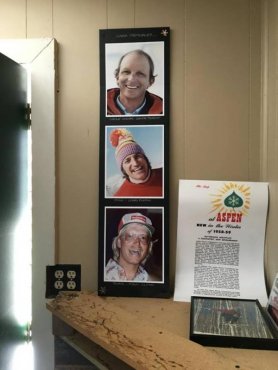 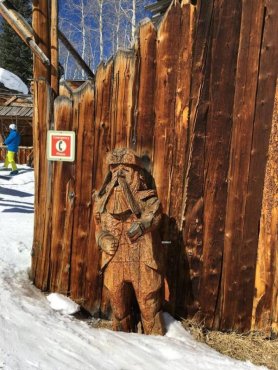 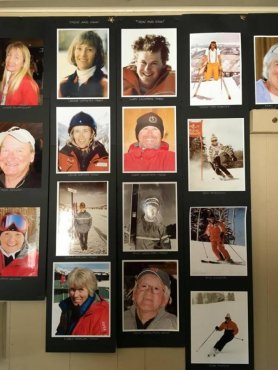 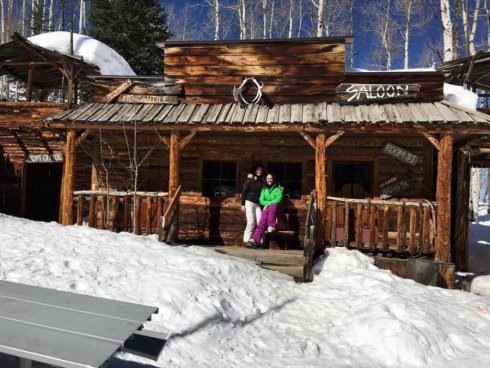 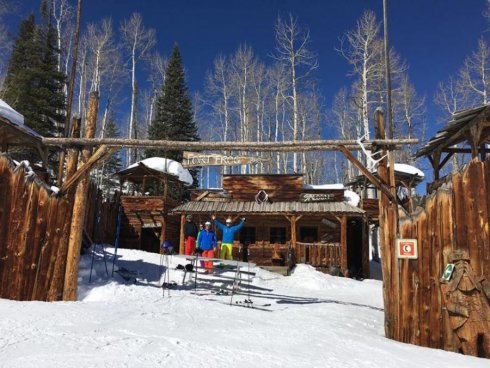 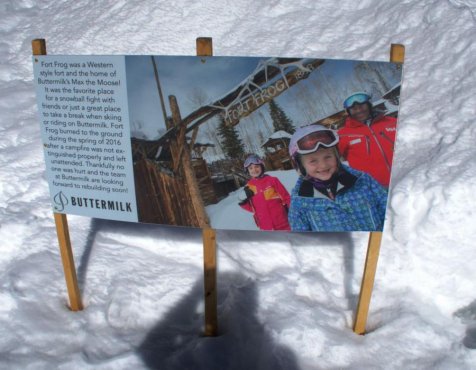 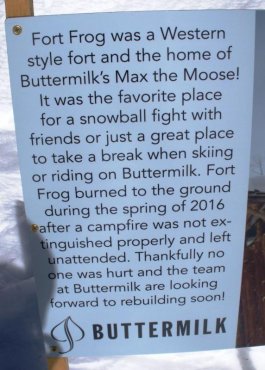