The Don Borthwick Plaque and Bench is located on the Naked Lady run at Snowmass.  The brass plaque on the seat back of the bench reads:

"Give yourself to the warmth of the sun and the chill of the wind.

In Memory of Don Borthwick."

The information about Don Borthwick contained in this paragraph, was given to the author in October 2008 by  Borthwick Cooper, the daughter of Don Borthwick.  Mr. Borthwick was one of the Tenth Mountain Division soldiers who trained at Camp Hale during WW II.  He returned to after the war to help build it into a ski town, and started a business called "The Mountain Shop" in 1954.  The shop was originally located in the "Aspen Grove" area on Cooper Street in Aspen, and sold skiing and mountain climbing equipment.  Later it moved to a different location on Cooper Street.  In 1955 Mr. Borthwick sold the business to Sandy Sabatini (and the shop was renamed "Sabatini Sports") and Mr. Borthwick moved to Michigan.  In 1981 he returned to the and lived in Snowmass until his passing in 1998.  He was still actively climbing, skiing and hiking in his 80’s, until he was diagnosed with pancreatic cancer.  He died a few months later.  He dearly loved the Roaring Fork Valley from the first time he skied into it as a soldier from .  His widow, Mary Ann Mitchell, still lives in Snowmass, as does his son John Borthwick and his family.  Rebecca composed the quote on the plaque, which is a summary from one of Mr. Borthwick's favorite essays, “Culture and Nature," written by John Cowper Powys.  Don Borthwick was born on March 3, 1917 and died on September 14, 1998.  The bench and the plaque were installed on the Naked Lady run at Snowmass in October 1998.  Two Aspen families, the Waddells and the Rasmussens paid the cost of the installation.  The Naked Lady run at Snowmass was one of Don Borthwick's favorite runs.  (Thank you to Rebecca for this information.)

(For information on Powys, see:

http://en.wikipedia.org/wiki/John_Cowper_Powys.  The essay "Culture and Nature" appears in Powys' book, "The Meaning of Culture," first published in 1930 and reprinted several times since.)

This plaque and bench is covered in the book, "Sanctuaries in the Snow--The Shrines and Memorials of Aspen/Snowmass."  The book may be purchased on this page on this site:  http://www.aspensnowmassshrines.com/index.php?The-Book.  (All book sale profits are donated to charity.) 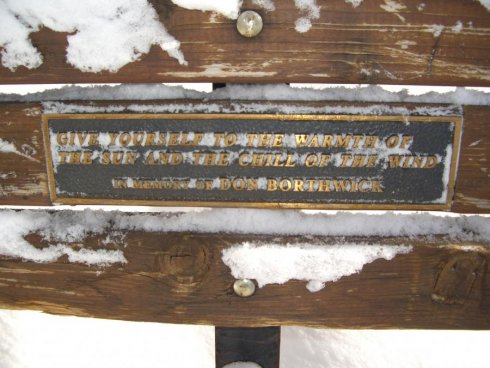 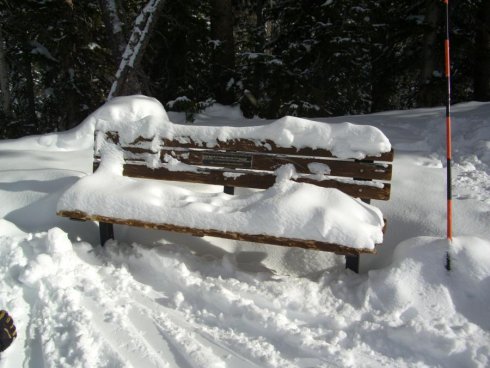 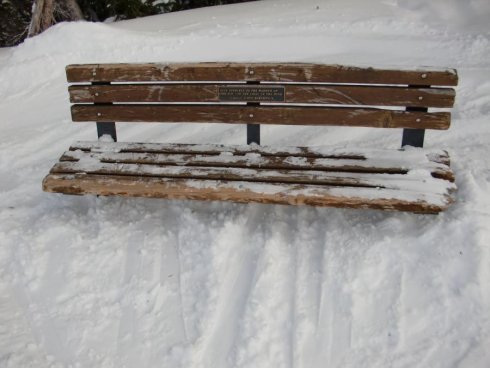 In the summer of 2012 the bench was rebuilt.  See two photos of the rebuilt bench below, compliments of John Borthwick, Don's son.  John had this to say about the rebuilt bench:  "We had the bench rebuilt Mad Max style in redwood and iron to make it more kicker-proof.  It's now the toughest bench on the ski area, just like its namesake."  You can click on the photos to enlarge them. 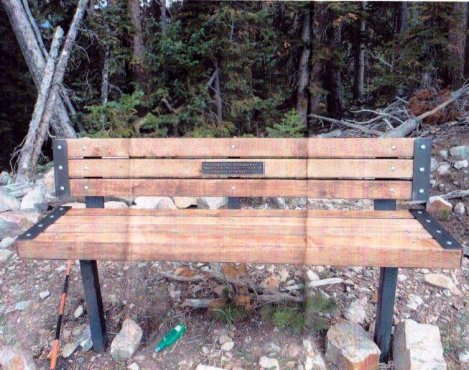 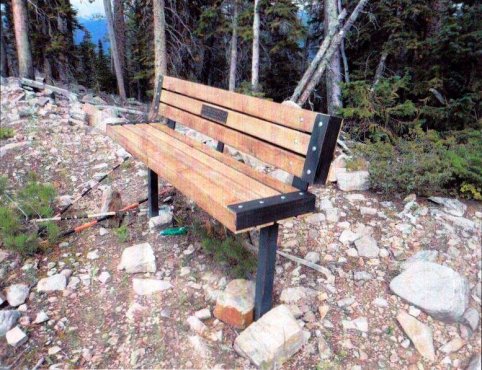 The photos of the updated bench below were taken during the 2012-13 ski season. 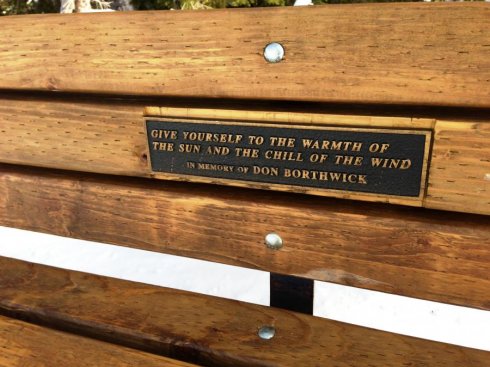 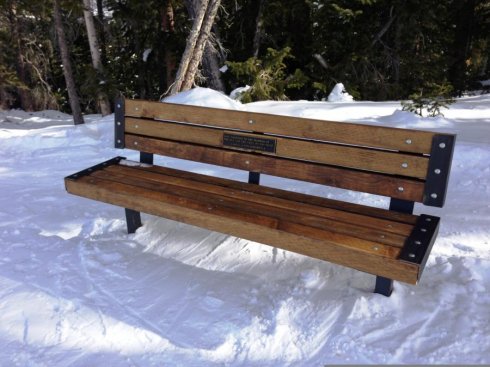